Knocking Down Barriers in 2017 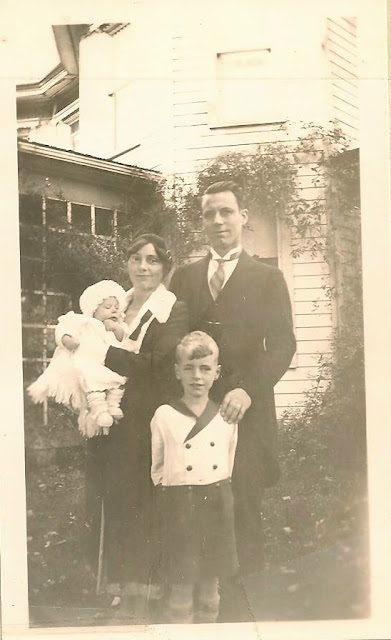 When Marie died, we sorted through photos and family memorabilia. But by the end, everyone was tired of sorting. So we put the remainder in plastic tubs. Our house was the closest, so our basement became the repository of those unsorted memories.

Awhile back, I uncovered several items that belonged to Marie's dad, Alvin Ritts. He was a Methodist minister. He died in 1944, at age 45.  Randy's mom, Marie, the middle of Alvin & Laura (Russell) Ritts' three children, was a few months away from her 12th birthday when he died.
By the time I entered the family, his wife, Laura Russell Ritts (Marie's mom and Randy's maternal grandmother) was starting to slip into dementia, so I never got the opportunity to learn much about her or about Alvin. 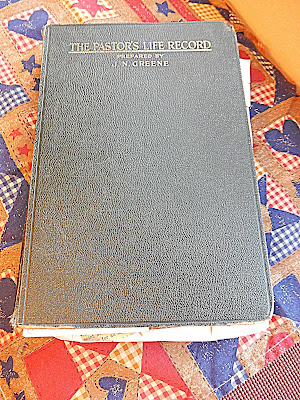 One of the books I found was called The Pastor's Life Record. The inside cover has photos of churches, but they aren't labeled. I assume they are churches where Alvin served. The inside cover also has a couple of clippings, including A Code of Ethics for Ministers and a definition of a pastor:

The pastor of a church is by definition the shepherd of a flock. His business is to tend the sheep which have been entrusted to him. Part of that duty is to love all members of his congregation! His attitude should ever be one of appreciation. He should be on the lookout for whatever is praiseworthy in his people, even if this involves the exercise of considerable imagination on his part. 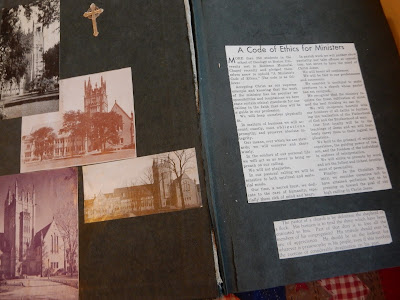 In his careful hand, Alvin Ritts recorded all the baptisms, reception of members and funerals over which he had presided. 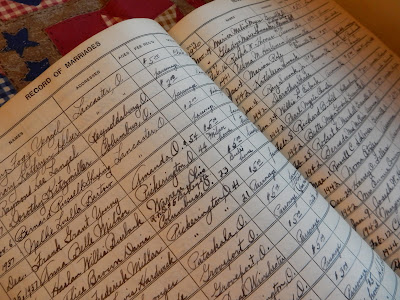 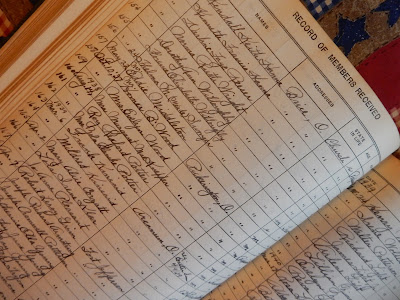 It also had a place to record sermon titles and the Scripture upon which each was based. Throughout the book, there are yellowed newspaper clippings, things that Rev. Ritts wanted to save, maybe for sermon inspiration, maybe for his own encouragement.

As I leafed through some of those, one of them seemed just as applicable today as it was in the 1930s, when he clipped it from a newspaper. I've included it here: 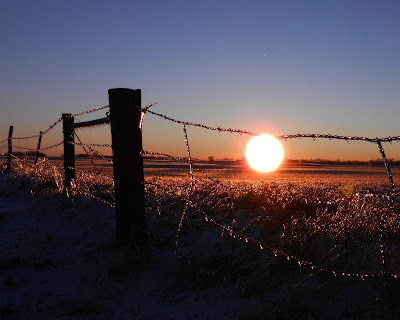 I would tear the barriers down,
Garden fence and glass-edged wall;

Hate of yellow and of brown.
Creeds that claim God's blessing all.
Every guarded border line;
Narrow hems of yours and mine.
I would open hearts and minds,
Nations, tribes and sects and creeds
Till the proudest mortals find
Heavenward every pathway leads.
I would banish pomp and pride
And the hates which men divide.
No division would I keep
Save the one of bad and good;
Men should learn they sow and reap
In a common brotherhood.
I would have all peoples freed
From the hatreds fences breed.

It was written 78 years ago.  But as I ponder this divided world, it seems it could have been penned yesterday. Though I never knew him, I feel Randy's grandfather's influence in the generations that came after him. So, as we begin 2017, let's all strive to knock down those barriers that divide us from one another.