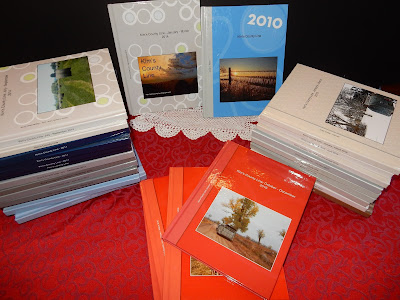 Today, I am celebrating my seventh "blogiversary." My first blog post was January 24, 2010. In seven years, I've published 1,567 posts, and there have been more than 1.6 million "page hits" on Kim's County Line.

I may be suffering from the so-called "seven-year itch," a psychological term that suggests that happiness in a relationship declines after year seven. Originally, the phrase was coined in conjunction with marriage. (Thankfully, that didn't happen to me.)

However, the phrase has since expanded to indicate cycles not only in interpersonal relationships but in any situation such as working a full-time job or buying a house, where a decrease in happiness and satisfaction is often seen over long periods of time. (This is according to Wikipedia, so it must be right, right?!) 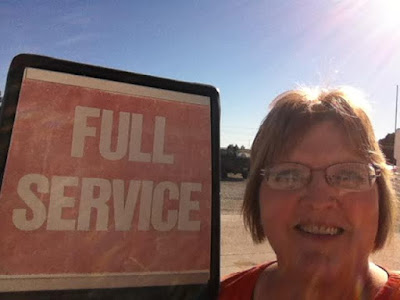 Still, I'm not ready to give it up completely. Kim's County Line gives me a venue to tell stories about the farm, family, faith and food, as well as share my photography. 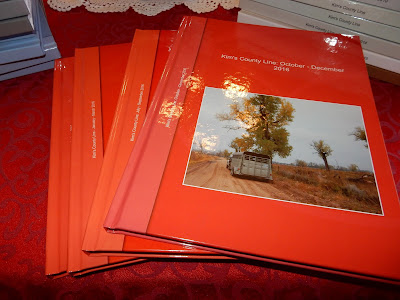 My latest blog book arrived last week. Each quarter, I publish a hard-copy version of the blog. I am running out of storage space. But I also know it's a comprehensive history of our life on a Kansas farm. I often say that it's a pity that blogging and digital photography weren't available when Jill and Brent were little. Maybe their life stories would be better organized and exist outside of plastic tubs!

I am certainly no Pioneer Woman or Ann Voskamp in terms of blog followers or page hits. It can be frustrating if I play the comparison game. Comparison is never healthy, though it's human (at least this version of human struggles mightily with it). 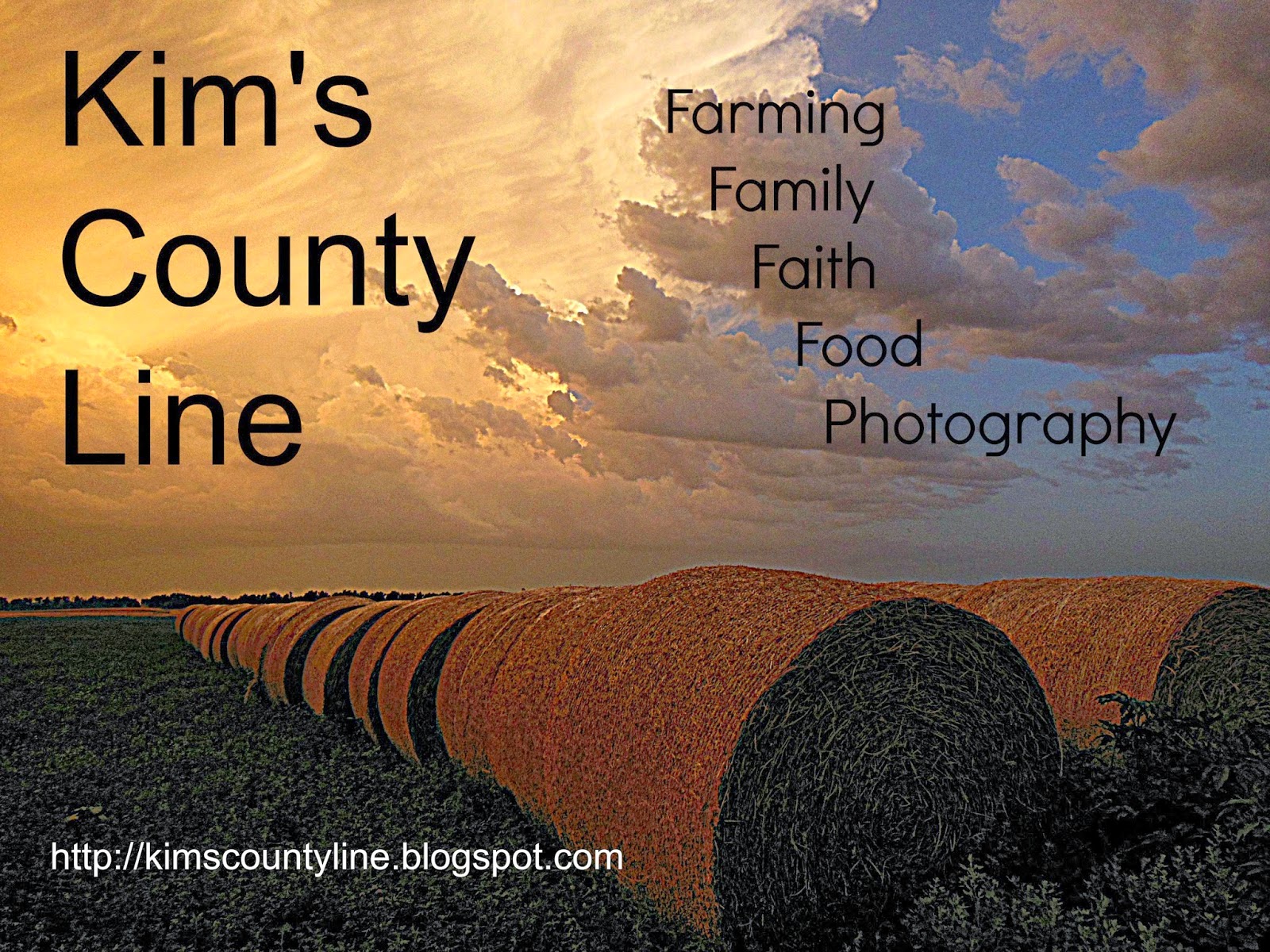 However, I believe the positives outweigh the negatives. Writing has made me more aware. For some of the posts about farming, I've approached the task like the reporter I am. I've "interviewed" my farmer and written down his answers. I've asked the questions and listened carefully, instead of halfheartedly, so I could answer the "whys" and "wherefores" of a modern farming operation. 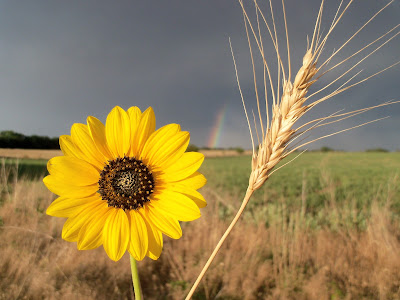 I've noticed the beauty all around me, and I've taken thousands of photographs to document the magnificence of simple things - of rainbows and ice on fences and sunflowers along ditches and baby calves nestled against their mamas. And I've come to realize how precious these little glimpses of time are.

Developing friendships with people you only know from their blogs is one of the fringe benefits. I've developed long-distance friendships with other bloggers from across the U.S., from Canada and even from Australia.

I look at Kim's County Line a little like a journal or diary. Maybe, someday, I'll have a great-grandchild or even a stranger know a little about life in the early 21st century on a Kansas farm. But instead of finding it written in cursive on a paper page, it will be documented in the photos and words captured in one little piece of the internet.

I do thank those of you who visit my little spot on the internet - whether it's every time I post or just on occasion. Thanks for joining me on the journey.

Want to know why it's called Kim's County Line? Click here for my very first post to find out.
Posted by Kim at 7:59 AM