All the King's Horses - Part III 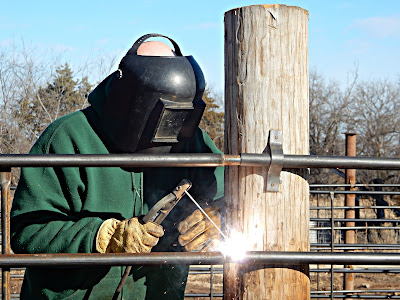 With apologies to Mother Goose, maybe they should have found a farmer.

As I wrote about before, the old barn at our farmstead served two families well. But, as the grand old lady was taking her final bows, Randy hired a local company to pull it down. Since the barn provided the lane for loading cattle into trailers, we needed a new method. 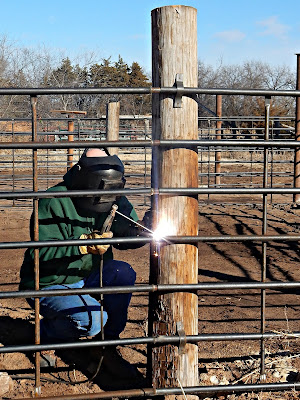 Randy sketched out a plan and ordered some new fencing and gates. He and Ricky worked on installing it, including some time welding some of the closures together. (No eyes were harmed in the photography of this blog post. From the time I was a little girl, my dad told me never to look at the welding spark. Randy reminded me again as I watched him.) 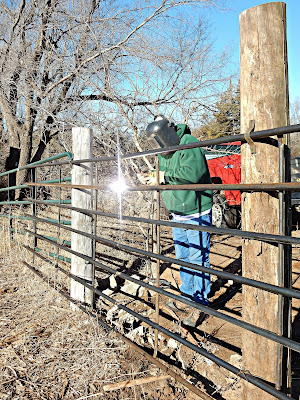 With my familiar landmarks gone, I am a little like a hiker on a cloudy day without a compass as I stand in the corral these days. But the new lane is now ready to use. 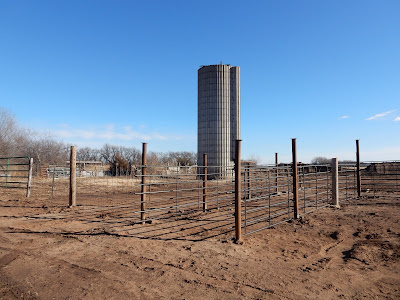 Right now, the heifers are at this location, awaiting their debut as mamas. Their first babies will start arriving at the end of January. 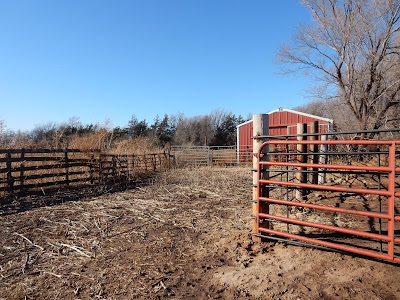 We'll use some new gates - along with some old ones - to sort mamas and babies as needed into the calving shed or to separate pairs into different corrals. 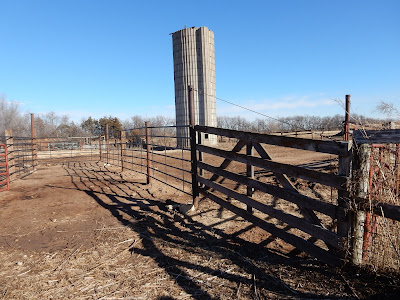 The old wooden gate was near the southeast corner of the barn.
The gate is still in service, but it certainly looks different without the mammoth barn beside it. 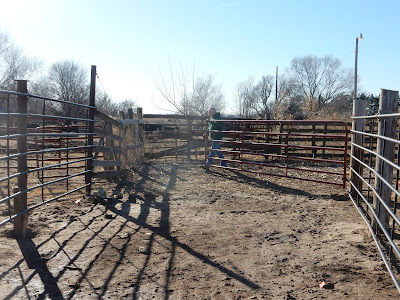 I'll be helping Randy back up the trailer to the lane, rather than the barn, as we've done for so many years. 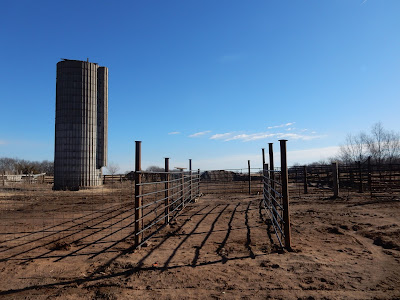 Hopefully, Randy's plans will work as well in reality as they do on paper!