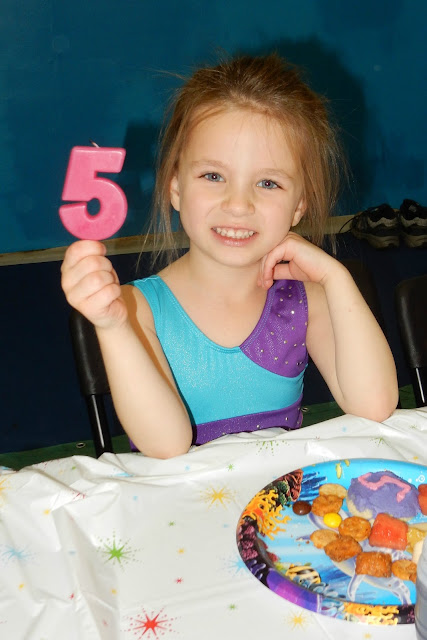 Hello! It's Kinley again. It's been awhile since Grandma let me take over the blog. On important occasions, you should hear from the actual birthday girl, don't you think? My Grandma says I should be a natural with the whole reporting thing since I love to ask questions.

I have been thinking about my 5th birthday for months. As my friends started having parties at fun places like the Discovery Center, I started asking my Mom and Dad about my party. When I was a little girl, I always had my birthday parties at my house. But I really wanted a party at some fun location.

Every time I'd ask, my Mommy would say, "We'll see." Sometimes, that means "No way!" But this time, I guess it really did mean "We'll see." I got to have my party at a gymnastics place.

I was a big fan of the 2016 Summer Olympics, and I especially liked watching those gymnastics girls. Brooke and I had our own gymnastics events right in our living room. This fall, instead of taking dance lessons again, I got to start a tumbling class. I really wanted to learn to do a cartwheel. It's not that easy, but I keep trying.

On Saturday morning, I woke up early and immediately put on my gymnastics outfit. My parents thought 6 AM was a little early to get ready for a 3:30 PM party. But I got to wear it anyway, even though they made me put clothes over it so I wouldn't get cold. 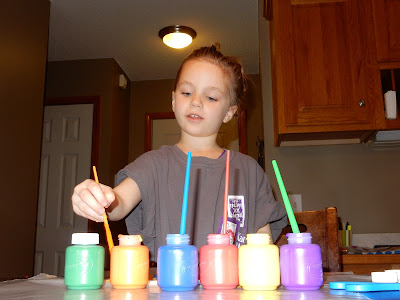 It seemed like it took FOREVER to get here. Grandma read me some books. We played with some of my new Christmas toys and played a couple of games of Spot It, which is a really fun game, if you're looking for one. While Brooke took a nap, I spent a little time painting a rainbow, which helped take my mind off the clock for a little while.

Finally, it was time. I was SO EXCITED! 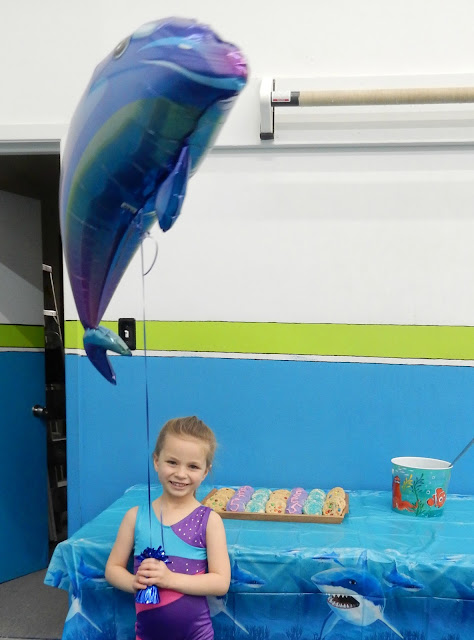 Even though I was having my party at a gymnastics center, I still wanted to have a dolphin party. I guess I didn't share that thought with Mommy until the last minute. Mommy says thank goodness for Amazon Prime. She got me this cool dolphin balloon, and some dolphin napkins and plates. The gymnastics place provided the tablecloth. I didn't want to hurt their feelings, so I didn't point out to them that those sea creatures were sharks, not dolphins. But that was OK.

At lunch, my Mommy and Daddy talked about being a good party host. Not everyone at my party would know each other. So I needed to make sure everyone felt included. I was supposed to greet everyone as they came in and introduce them to other people.

I also needed to remember to say thank you for my gifts. If I opened something I already had, I was supposed to smile and say thank you. That is just good manners. I tried really hard to remember all that. It's a lot of pressure to be the hostess with the mostest, let me tell you! 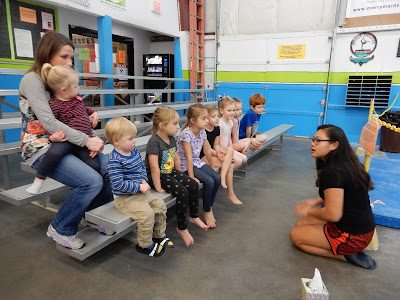 Before we could get started having fun, we had to hear about all the rules. There were an awful lot of them, and I have to confess that it was a little too much to absorb. But I'd say the most important one was no screaming unless you're hurt. If you were hurt, you were supposed to scream as loud as you could. Thankfully, nobody had to do that! 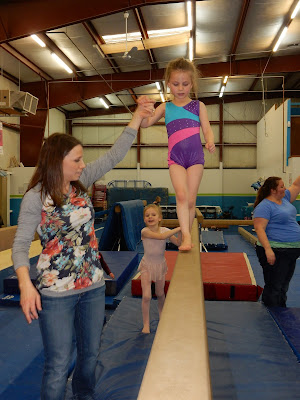 Finally, we got to play on all the equipment. That balance beam is a whole lot harder than it looks on TV! With Mommy holding my hand, I did it, though! 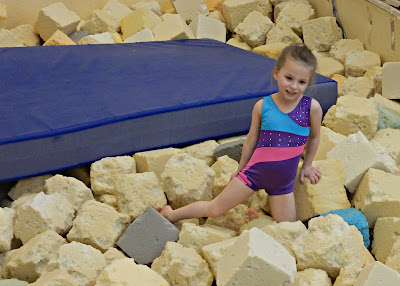 It was easier just jumping into the foam pits. 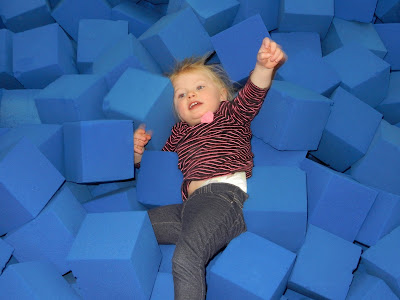 Brooke liked it, too. She's only 2, so I thought she might be scared. But she wasn't. 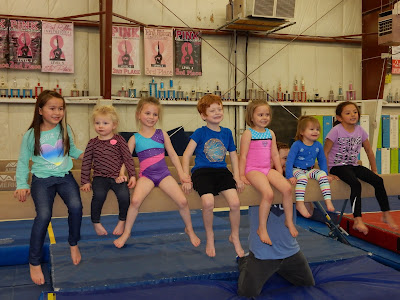 I was so lucky. Most of my friends from my neighborhood were able to come. 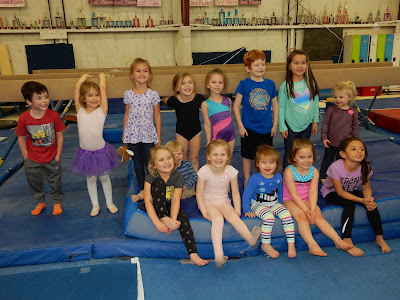 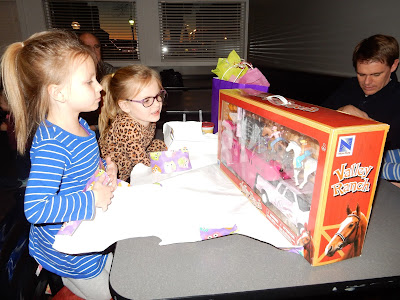 Afterwards, we went to Glory Days Pizza for a family supper. I got to open presents from my grandparents there, including a horse trailer and cowgirl on horseback. I think Grandma Kim & Grandpa Randy are trying to turn me into a farmer. We'll see! I also got some dolphin things from them, so maybe I'll be a marine biologist. I guess I don't have to commit to a career path at age 5. 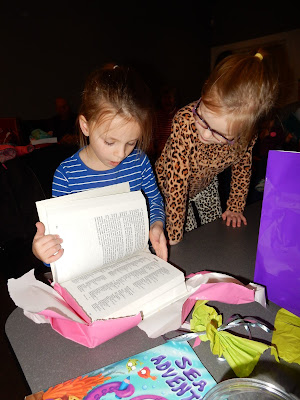 You remember that I told you I like to ask questions. Grandma Christy and Grandpa Alan gave me a book that had belonged to my daddy when he was a little boy (plus some other cool stuff, too.) The book had answers to lots and lots of questions that kids ask. Grandma Christy says this book came out before Google. My Mommy and Daddy should keep it handy, I think!


***
Grandma Kim flashback moment: Kinley Marie Ladd arrived in time for our belated family Christmas celebration of 2011. Though she wasn't due until January 12, 2012, she became a 5-pound, 15-ounce party crasher. She was about the size of her Christmas stocking. I can't believe she'll be going to kindergarten next fall. How time flies! 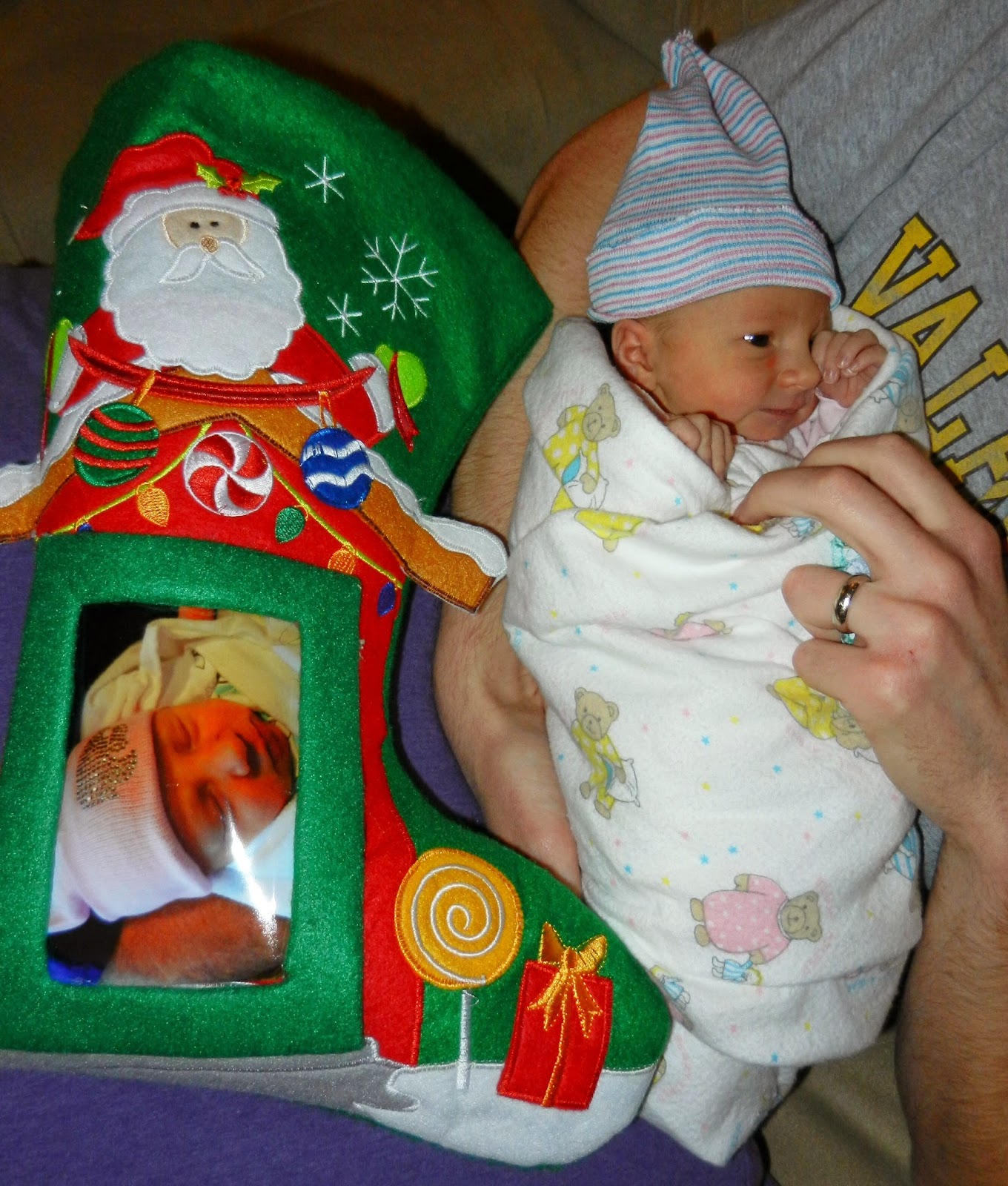