Timing Is Everything: Silage at Dusk 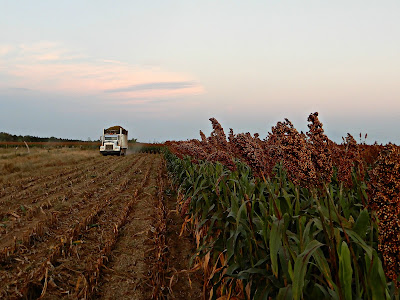 The sun was setting when the silage cutting crew arrived October 1. (This post was rudely interrupted by 13 inches of rain, but I'm posting it anyway.)

After I'd picked up Randy from the field where he was drilling wheat, we hurried to the silage field so I could attempt some photos. (The Chiefs were playing the Broncos on Monday night football, and I didn't even have to beg.) 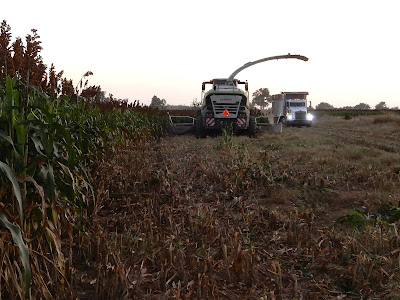 Since I began Kim's County Line in January 2010, I've taken silage cutting photos every year ... and written about wheat drilling ... and harvest ... and cutting hay ... and working with cattle and dozens of other tasks. After nine years for some of those mile markers on a Kansas farm, it's tough to find a new "angle," as I might have said in my previous life as a newspaper reporter and editor. 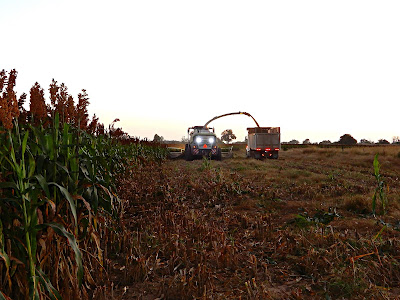 As I snapped away in the field, I thought the photos were turning out OK. It was kind of cool to watch the sunset sky fading into darkness and watch the lights come on the cutter and the trucks. And, besides, it's not like I could tell the silage cutting crew that they'd have to wait until tomorrow to do the job so the farmer's wife could get photos. 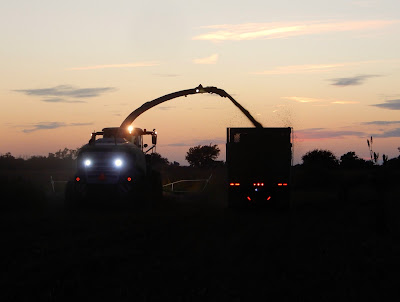 But that pretty setting sun also shut down the camera lens. The photos looking into the sun were more silhouettes than illustrations to show how the process works. 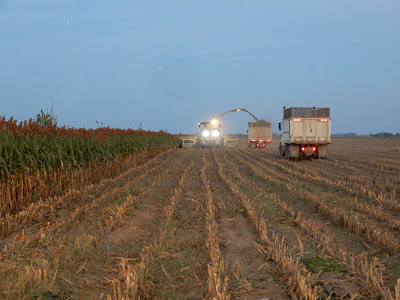 Looking to the east was a little better, but still not the clearest photos I've ever taken. 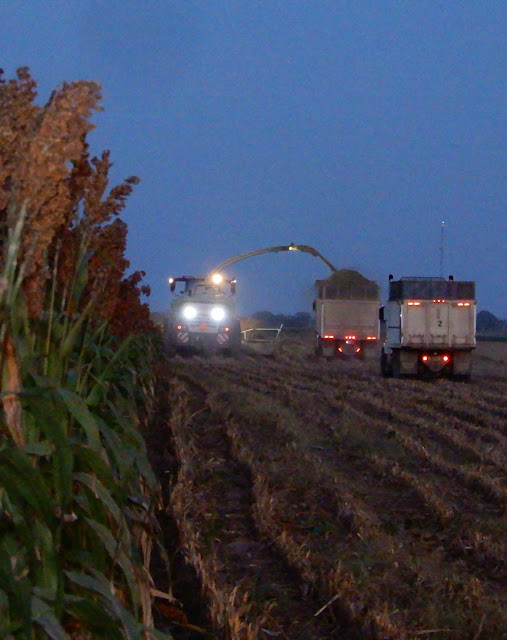 By the time we got to the trench silo, it was almost dark. But the crew kept working. 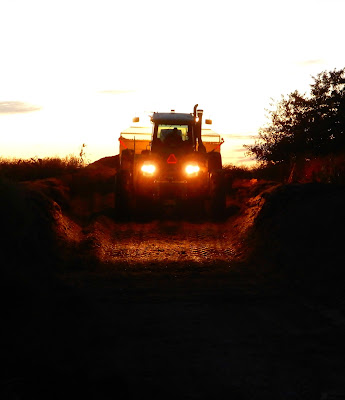 I think they must have worked until a little mishap, which we saw the following morning. The driver didn't go in the right drive. I'm really glad it wasn't me! 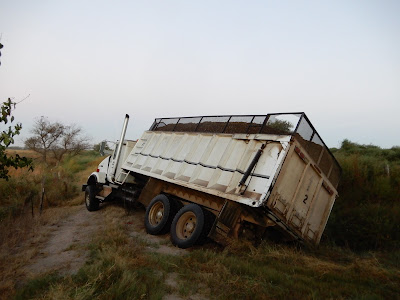 I knew I wouldn't have much of a chance to take photos the next day, since I was going to run from one task to the next. That included recording my KFRM report before 7, taking Randy to the field at 7, getting 100 gallons of diesel fuel at Zenith, running to Hutch for medicine and swinging back by Miller Seed Farm for a pickup bed full of Larry seed wheat. I'd left lunch in the crock pot so I could take meatball subs to Randy for lunch and then make it to Stafford for a meeting at 2. A trip to the grocery store and more trips to and from fields to help with moves kept me busy all day, so I missed the chance to take photos of the silage crew during daylight hours this year.

(For a complete run-down of silage harvest, check out this first blog post I did back in 2010. It's a different cutting crew, but the process and machinery are fairly consistent.) There are also a couple of videos on my 2016 blog post.)

Even though the timing wasn't great for photos, it turned out to be perfect timing. The silage crew finished before we were inundated with some 13 inches of rain in a little more than a week's time. It started raining the day after they were done. Whew!
To recap, Randy planted 27 acres of silage this year. By June 26, it was off to a good start.
By August, it was heading out (and also above Randy's head)!

We'll use the silage to feed cows this winter. Since our hay crop wasn't particularly prolific this year, having the supplemental silage for feed for our cattle is even more important. Randy was happy with the 16 tons per acre total. 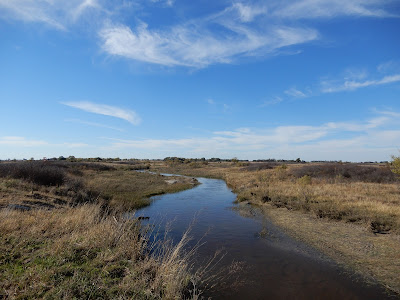 After the veterinarian preg-checked and vaccinated 25 heifers yesterday afternoon (more on that to come), Randy fixed fence at the Rattlesnake Creek since the water had gone down enough to do it. 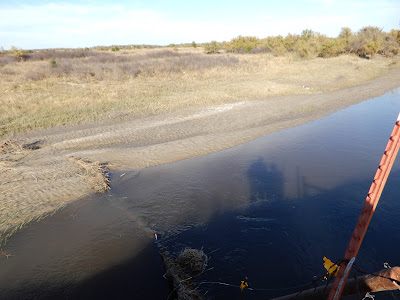 Then, 20 days after the rain started, he finally planted a little wheat again toward evening. He said he came close to getting stuck once. I predict it won't be the last time.
Posted by Kim at 6:58 AM