4-H: The Legacy Lives On

Today is the first day of the Stafford County Fair. Even though I haven't had 4-Hers at my house for the past six years, I'm still superintendent for 4-H Foods and Nutrition. Yesterday, I spent part of the day setting up for the judging and calling workers.

This is the second year we're doing the judging in a nearby church basement, which certainly helps combat the 100-degree heat on the fairgrounds (until I need to set up the displays and get everything organized there). I'm thinking I should have written more notes to jog my memory, but Randy says it will come back to me.

Yeah. Either that or I'll wing it.

Randy will help weigh in pigs and then will help during the swine judging on Thursday morning. So, even though this is the sixth year we are "4-Her-less," we still find small ways to help out. (True confessions: We are definitely not as involved as we once were. We retired after a dozen years as community leaders when Brent graduated. And I gave up the local foods leader job this year after beginning when Jill was a young 4-Her.)

Still, why do we (and a bunch of other 4-Her-less people) continue to show up to work? It's because of what 4-H did for me and my family.

Both Randy and I are 4-H veterans, he in Stafford County and me in Pratt County. (I'm sad that the two fairs are the same week this summer, so I won't make it to my home fair this year.)

Jill and Brent both joined 4-H as soon as they were old enough. I look at that photo of Jill with her first-year cake, and I think about how much she (and I) grew and learned. She went from that uneasy first-year 4-Her to a confident leader. 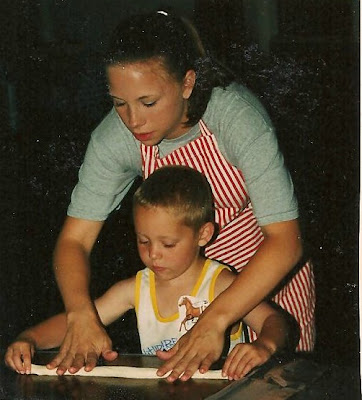 She chose her profession - a registered dietitian - at least in part because of 4-H foods and nutrition.

Randy continues to advise people on their bucket calf and beef projects (when asked) for much the same reason. Our kids learned so much through that project. And their livestock premium auctions proceeds also helped them pay some of their college expenses. 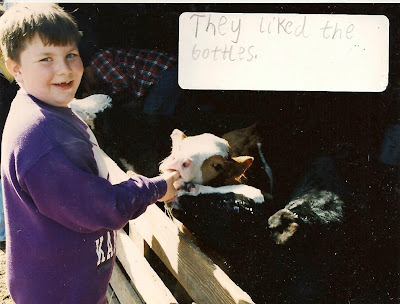 They both learned that it takes perseverance. You sometimes have to dig in your heels to get things accomplished. There's no better lesson on that than trying to break a bucket calf to lead. 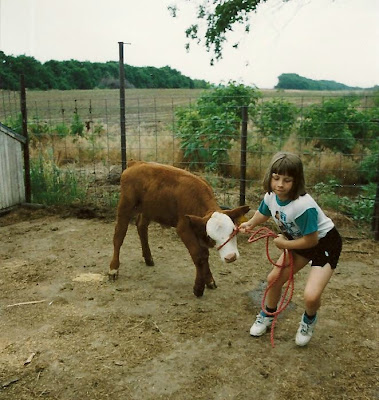 There's an article in this week's High Plains Journal that says:


Young people in 4-H are three times more likely to contribute to their communities than youth not participating in 4-H.
4-Hers all across the nation are empowered to take on the leading issues of their towns, counties and states and make a lasting difference. ... 4-H youth get the hands-on, real-world experience they need to become leaders and to make positive differences in their communities.

"The 4-H Study of Positive Youth Development"
from Tufts University


I, too, have case study after case study to back it up. My research isn't done in the hallowed halls of a university like Tufts. It's more in the sweat produced by working side-by-side with 4-Hers, parents and other volunteers on a 100-degree day in July.
I'll have even more real-life examples when the last of the exhibits comes down Saturday evening. Good luck 4-Hers, parents and volunteers!
Posted by Kim at 6:29 AM