All's Fair at the Fair 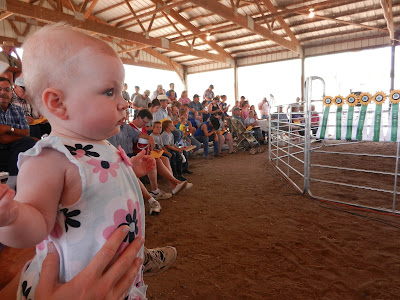 All's Fair at the Fair
By Kinley Marie

I have heard of a "fair" before. I've read about it in a book.

I convince lots of people to read me stories. One of my favorites is But Not the Hippopotamus by Sandra Boynton.
It has a page that says:

A bear and a hare have been to a fair.
But not the hippopotamus. 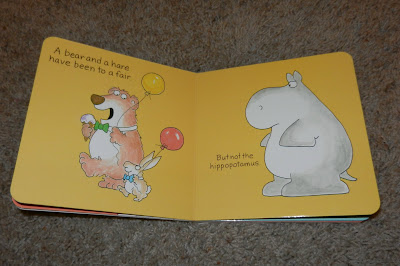 Well, I didn’t want to be like the hippopotamus. So I went to a fair this weekend. It was called the Stafford County Fair.

When we got there, we went to the 4-H beef show. I saw lots of my Mommy's old 4-H friends.

Well, it's probably not polite to call them old. They were friends my Mommy had when she was in 4-H.

I met Sheila and her mom. And I talked to Taci's mom and a bunch of other people, too. I was popular among all my Mommy's friends. My Grandma and Grandpa's friends seemed to like me, too. Who knew?

Besides the book about a fair, I've also read quite extensively about animals. I've heard all about pigs, but I'd never seen one in person. They were OK when they were just visiting among themselves. 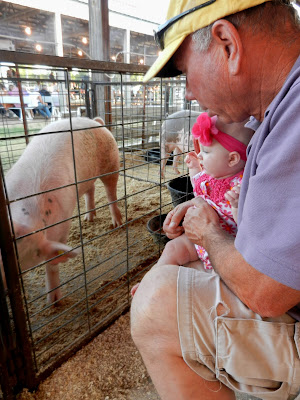 But when one came and snorted right at me, I did not like that. Not one little BIT! 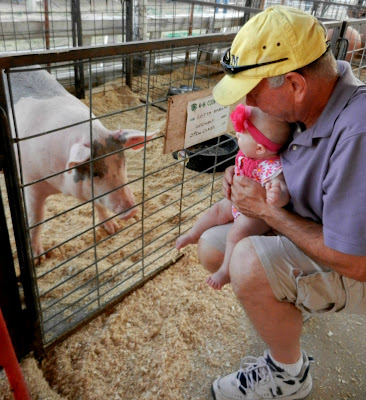 My Grandpa could NOT get me away from that pig soon enough. 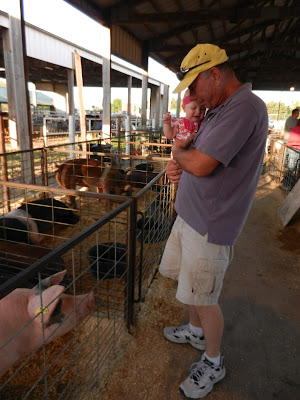 After that episode, I didn't much like the goats or sheep either. Thankfully, they kept their distance. And so did I. 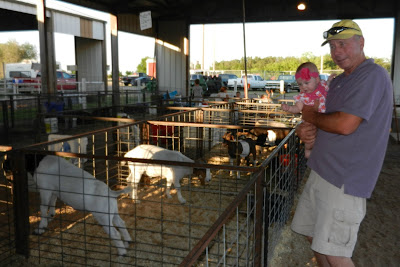 Even though I knew there was a chance I'd see pigs again, I had to come back the next day. Mommy and the grandparents wouldn't leave me home alone. So we went to the 4-H Premium Auction. I did see some pigs again. But they were much further away behind a bigger fence. Whew!

There was another interesting attraction, too. There was a guy there who talked really fast. I just had to give him a serious look. 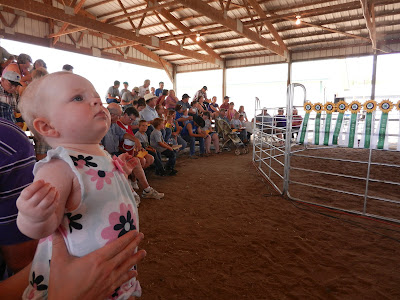 I don’t believe I’ve ever heard anyone talk so fast. Now Grandpa sometimes talks loud. But this guy? He was talking fast AND loud.

He seemed to be saying something about money. And I finally figured out the kids were selling their animals.

After my experience in the hog barn, I could definitely understand that.

And, just for the record, the bear and the hare in the book came home from the fair with a balloon and ice cream.  I can see their loot right in my book.

I just got hot.