It's Clouds' Illusions, I Recall 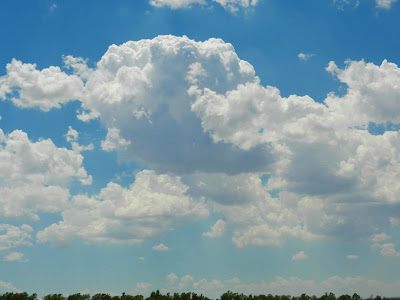 The clouds haven't brought much rain this summer. But they have brought back some memories. Brent was my cloud watcher. From the backseat, he was always discovering some shape in the marshmallow fluff of clouds floating by.

Back when the kids were little, I "retired" from working full-time as a writer-editor at The Hutchinson News, but I wrote a column for them, At Home with Kim, for several years. Here an excerpt of what I wrote when Brent was in kindergarten:

It was one of those days when it looks like the angels are using the clouds for tumbling mats. Brent and I were driving home, and he started cloud-watching.

We found an eagle and a dragon and a cat among the whipped-cream clouds. I was thinking that even though our world changes, some things - like cloud watching - have been children's pastimes for years and years.

And then he said, "Oh, there a roller blade."

As a child, I saw dragons and rabbits, but not a single roller blade was suspended in my cotton-candy skies.

Change is part of us - even daydreaming cloud watchers confirm that. 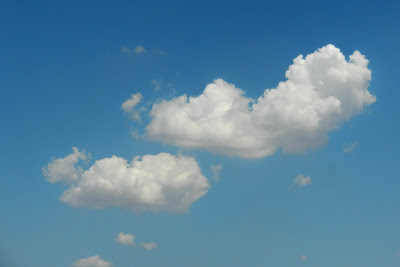 "Why can't I see the roller blade anymore? Where did the dinosaur go?" Brent asked as we sped down Highway 50. "Why don't the clouds follow us?"

It's moment like those when I remember an encyclopedia salesman's spiel at the Kansas State Fair when Jill was about 2.

"How will you know how to tell your children why the sky is blue if you don't buy this complete set of encyclopedias?"

After some convoluted explanation about how were were traveling down the highway at a different speed than the clouds were moving, Brent quit worrying about the things he'd lost and began finding other treasures in the sky. Kids change as fast as the clouds.

Last week, I was the one doing the cloud watching as I delivered Randy from one field to the next. I was the one finding treasures in the clouds, mostly in the form of memories. (And, by the way, how smart do I look that I didn't buy that set of encyclopedias? Who could have predicted I could use a computer, type in "Why is the sky blue?" and have hundreds of explanations at my fingertips? Pretty amazing, isn't it?)

If I momentarily forget how quickly life - and kids - change, I get a Facebook reminder that a certain girl was 7 months old yesterday. 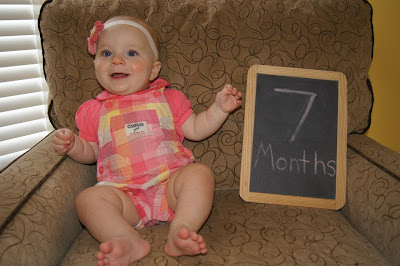 Time shifts as quickly as floating clouds, doesn't it? 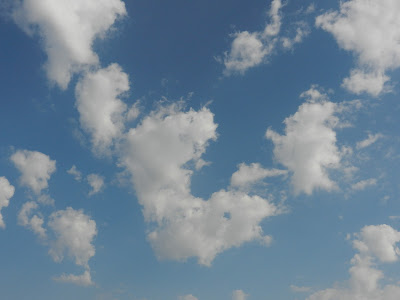 I can't look at clouds without thinking about a song my sisters and I sang for a long-ago 4-H Club Day, "Both Sides Now."  Now you, too, can get it stuck in your head, if you choose.

It's OK to have your head in the clouds, I think. Imagination and memories: They are good things.

Email ThisBlogThis!Share to TwitterShare to FacebookShare to Pinterest
Labels: At Home with Kim, clouds, son, The Hutchinson News