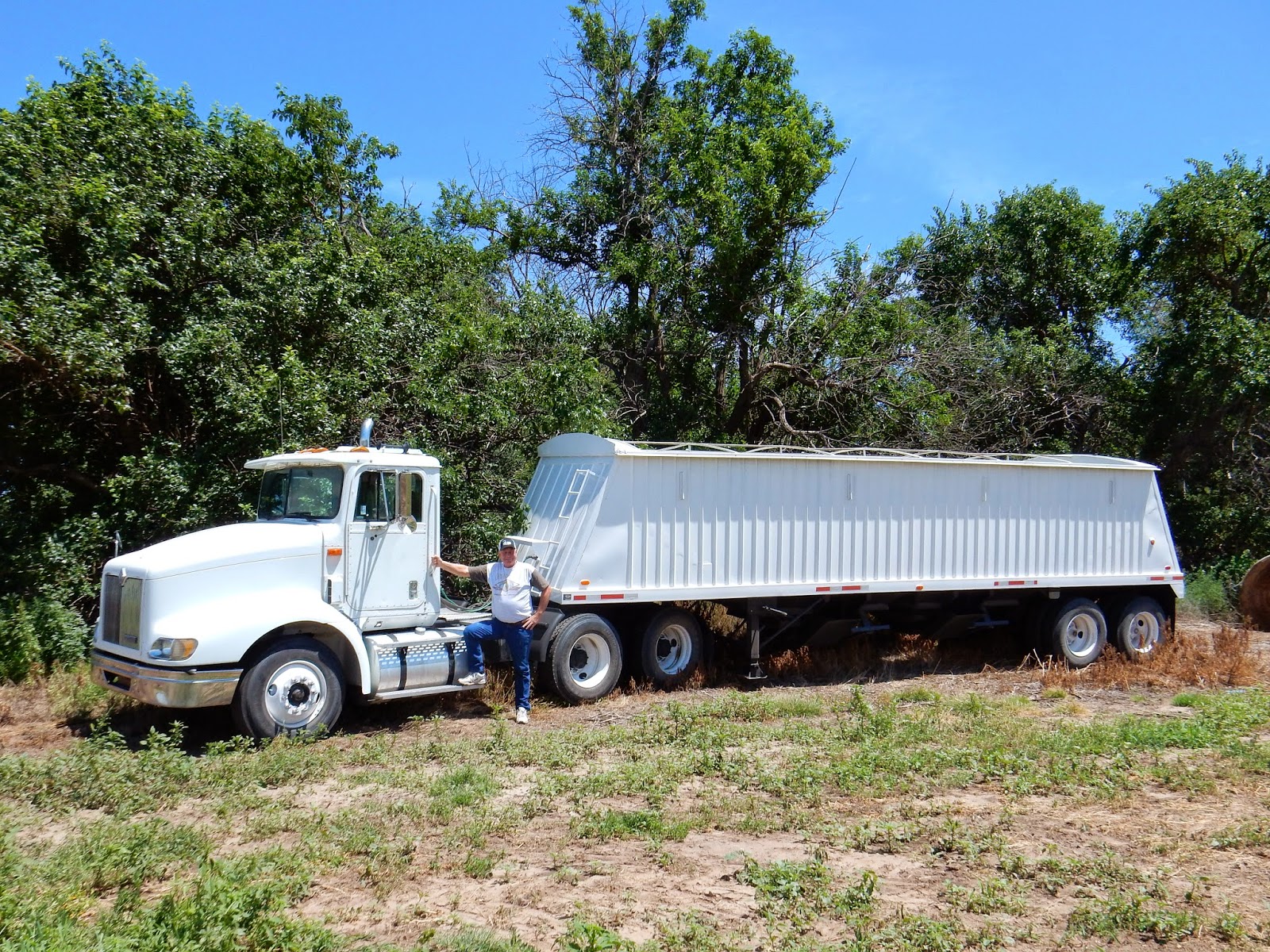 Yes, I have a revised version of The Jeffersons' theme song floating around in my head after we added a semi and grain trailer to the fleet at the County Line last week. We have finally joined the big leagues, I guess, since many of our farm friends and family members have had semis for years. 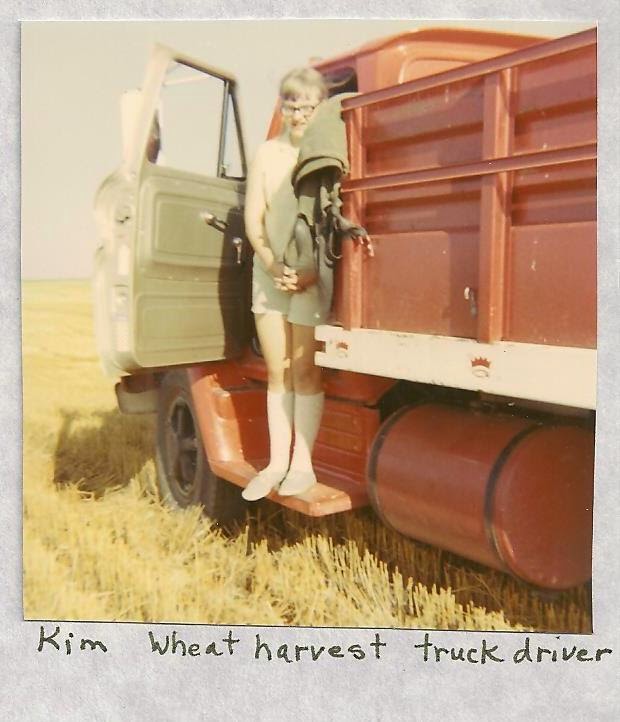 My alter ego -- the teenaged truck driver from the 1970s -- is approaching this newest addition to the farm fleet with a little trepidation, if the truth is told.

Even if it does have air conditioning. 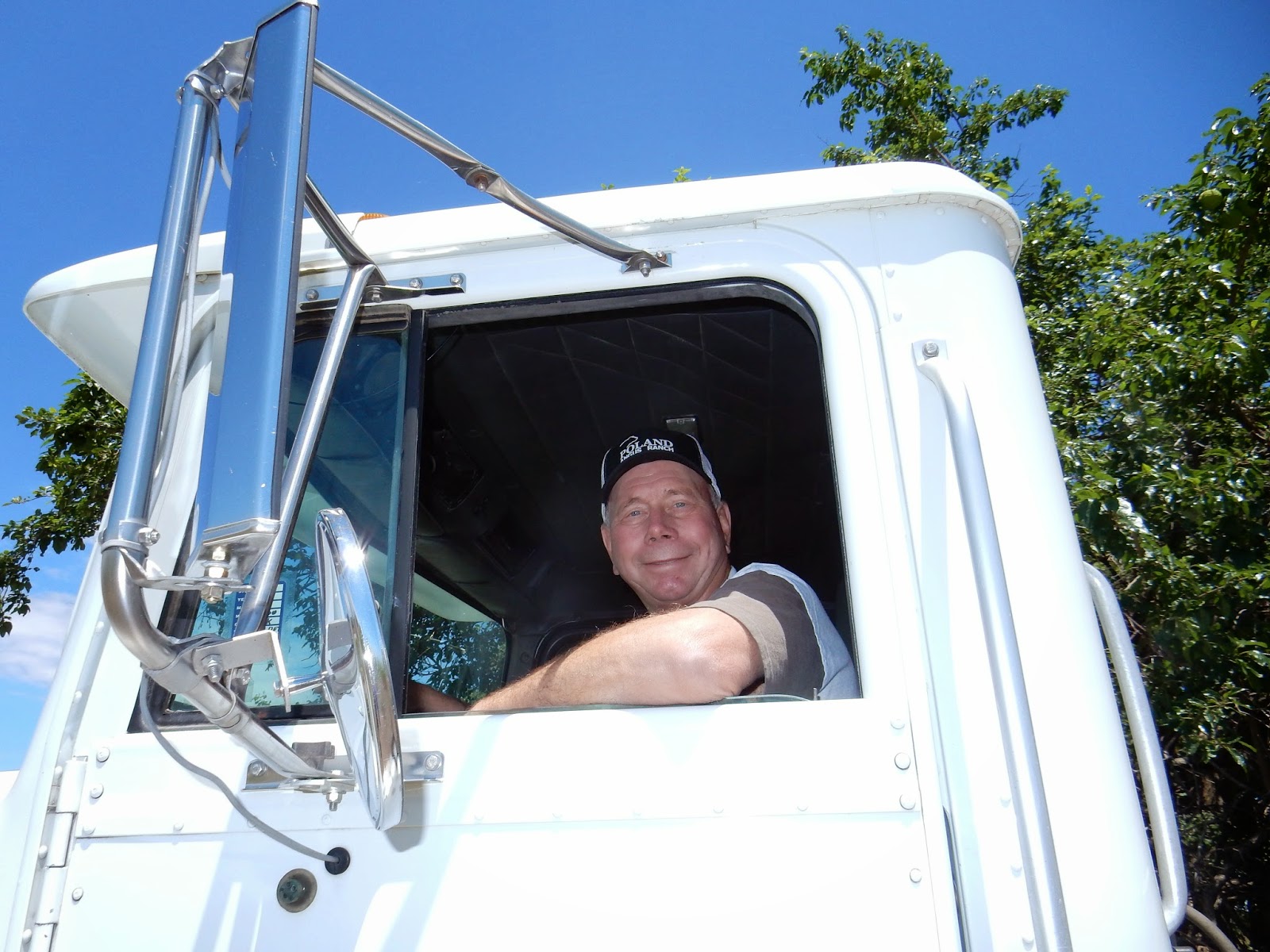 The decision to go truck shopping happened in the middle of harvest. A little rain during harvest can be a dangerous thing: It gives your husband time to think AND time to shop. Throw in the fact that we've had truck problems the last couple of harvests, and "Cha-Ching" goes the wallet! 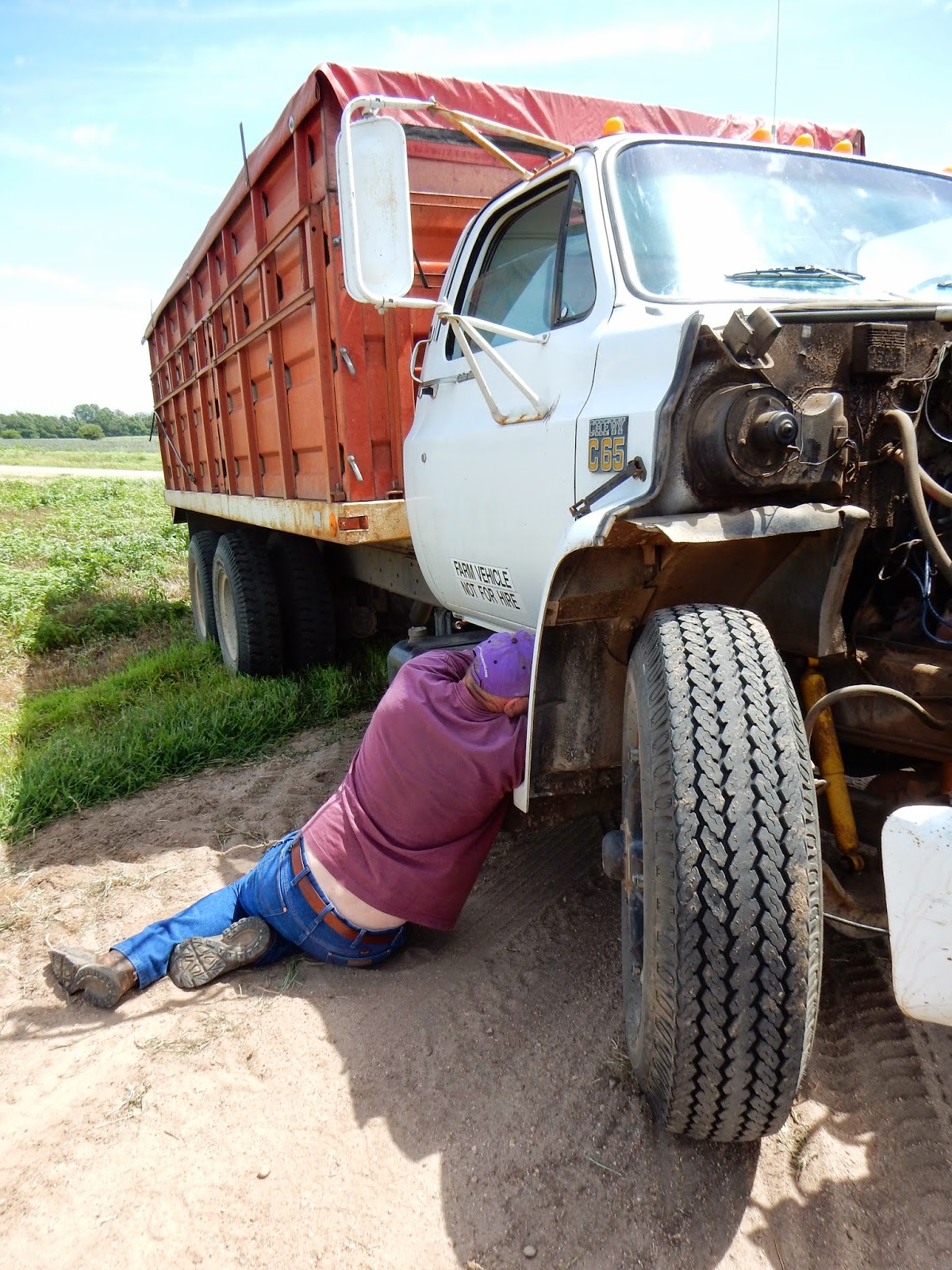 With a large corn crop sitting in the fields, the semi should come in handy for hauling grain to the elevator. Since we don't irrigate and hadn't raised corn until the last two years, we hadn't seriously considered a semi before now. 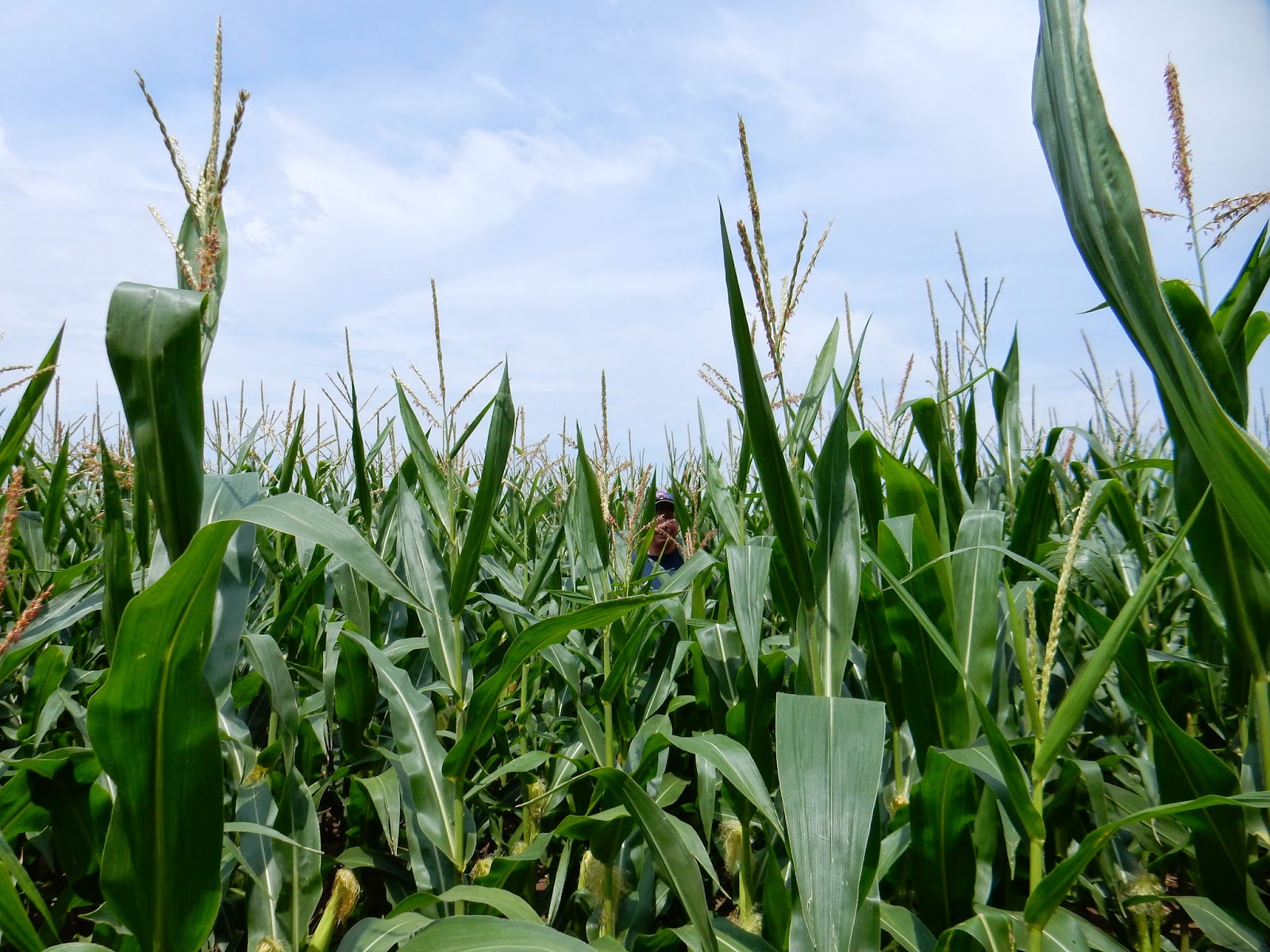 Randy also tells me that semis and trailers are more affordable than they used to be, especially the well-used ones. (It kind of sounds like me rationalizing that the baby/toddler clothes were on sale, doesn't it? Only my pièce de résistance isn't nearly so expensive!) 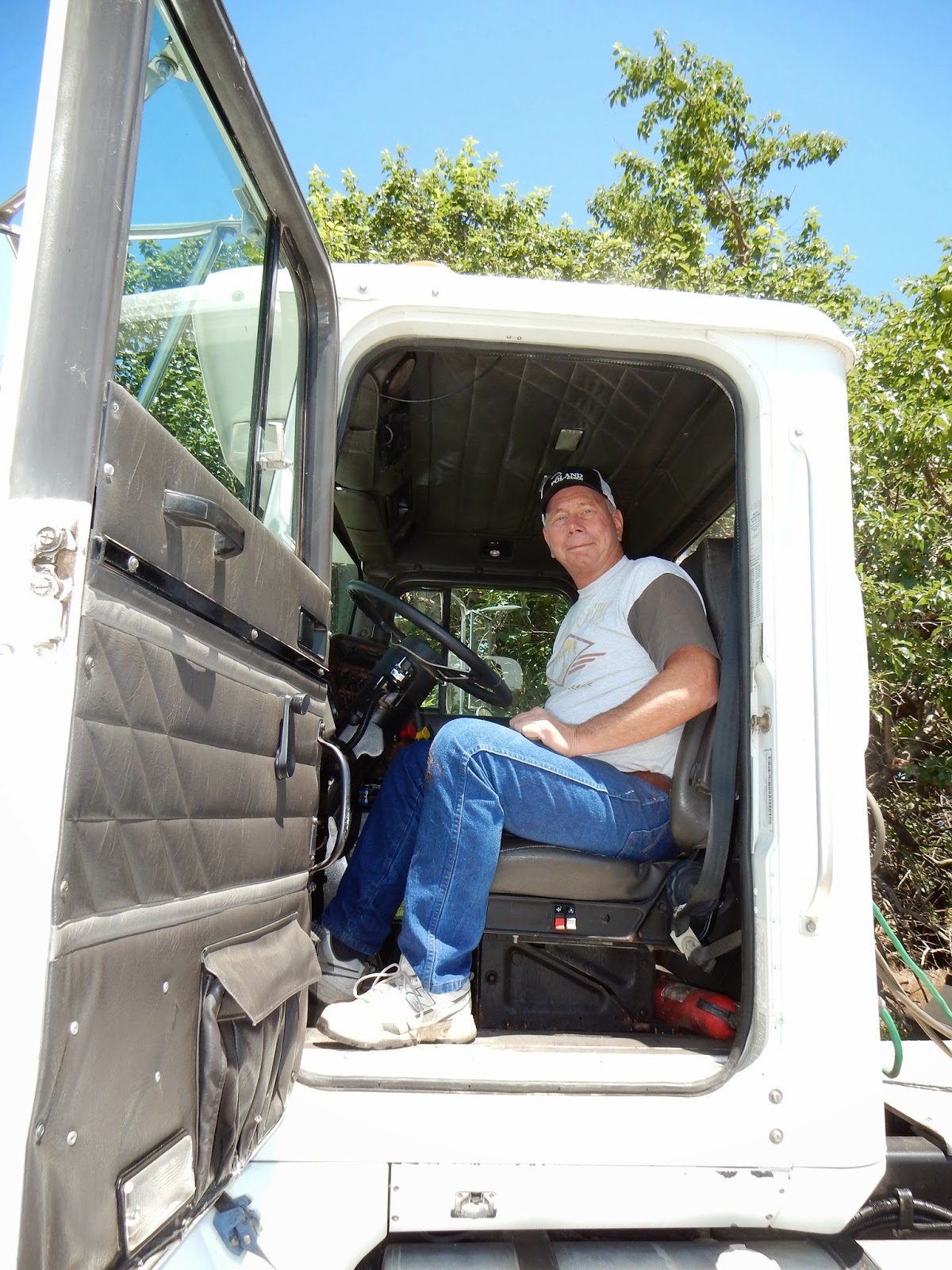 But how could we resist the purchase when a Black Ice air freshener or two were thrown in - free of charge. (Kind of like those ball caps you get when you buy a tractor.) 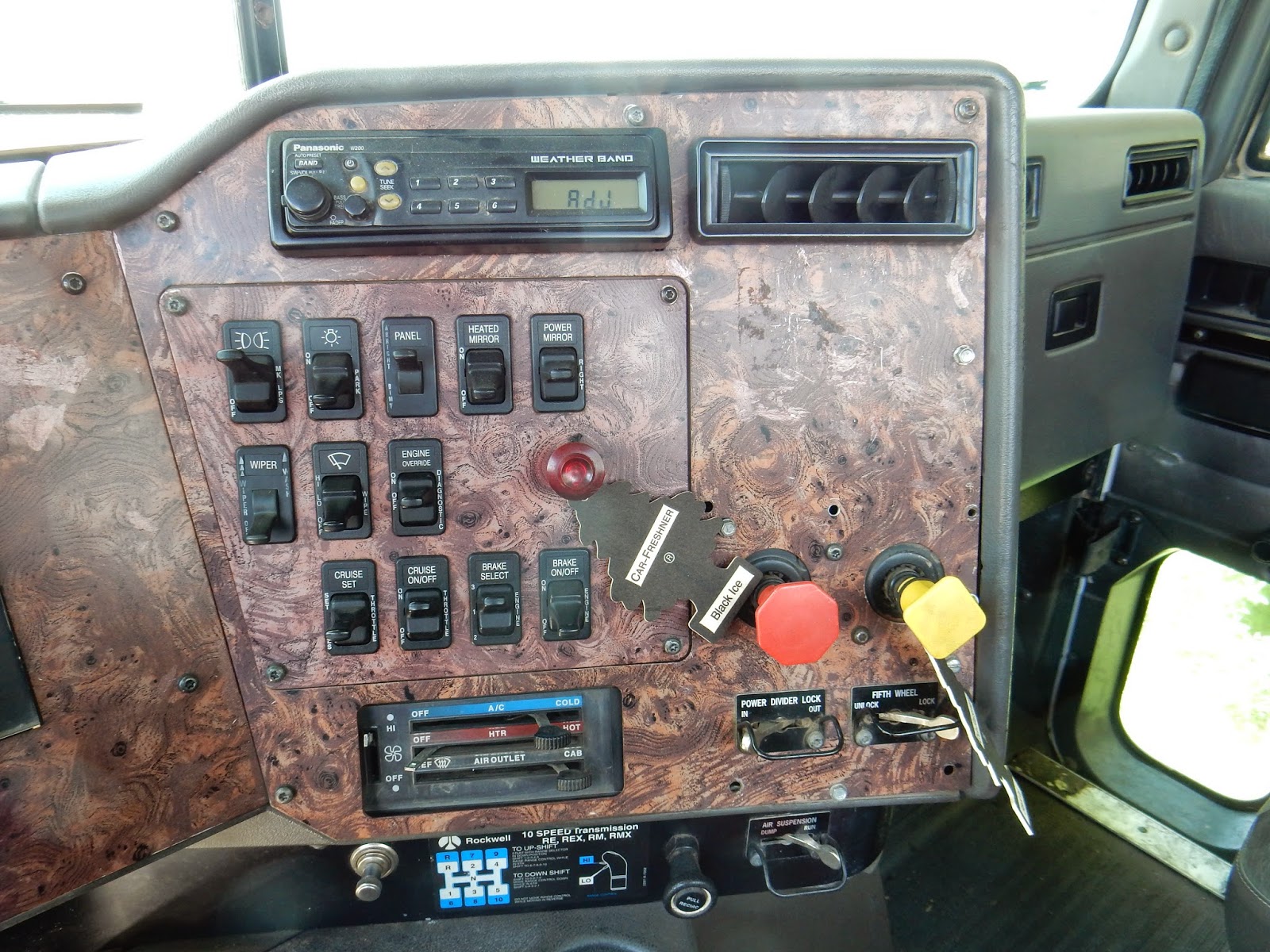