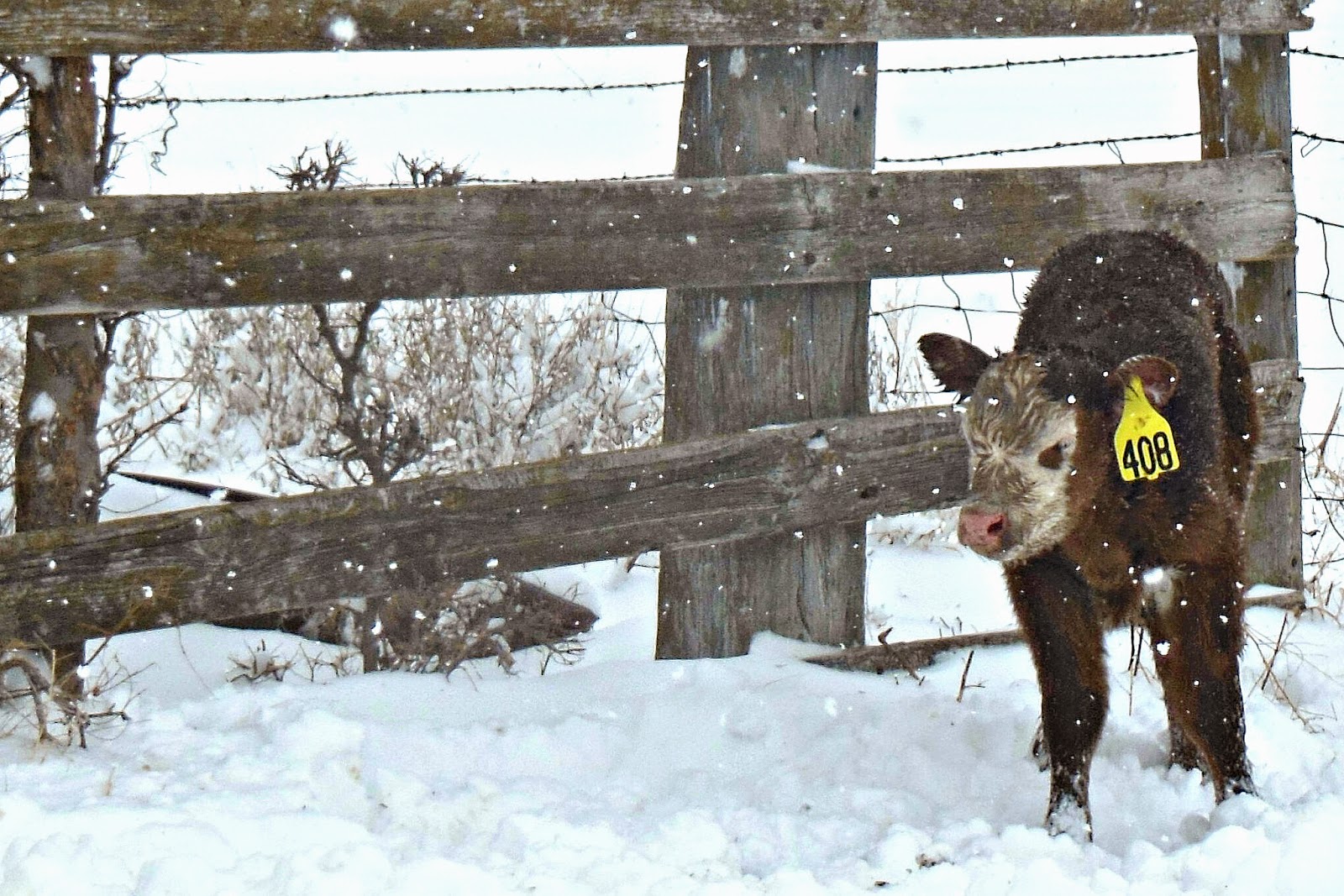 It came down to a photo finish. In this case, my photo, Blizzard Baby, earned second-place honors in the Faces of Agriculture division of the 2014 Kansas Farm Bureau annual photo contest.

There's prize money involved, which is definitely nice. But, more importantly to me, it recognizes my work. I spend a lot of time photographing life on our South Central Kansas farm. I share photos and information about our farming and animal husbandry practices on the blog, which I've been doing since January 2010.

But, as I often say, I'm no Pioneer Woman when it comes to blog followers or commenters. And that can get discouraging.

It doesn't take long for a blogger who is denigrating wheat producers' use of herbicides to have an army of people commenting on how farmers are too stupid to realize that big ag companies are brainwashing all of us. There's many a blogger or YouTube activist who wants us to keep cattle roaming pastures all year. (Never mind that there's no pasture for cattle to eat in much of the Plains during the winter months. Let's not let facts get in the way of a good rant.)

So, when my work is recognized, it does feel good. I enter the Farm Bureau contest every year. In 2008, I got a second-place trophy for this photo I took on the first sunrise after the massive December 2007 ice storm that knocked out our power for 12 days. But I hadn't had a winner since then. 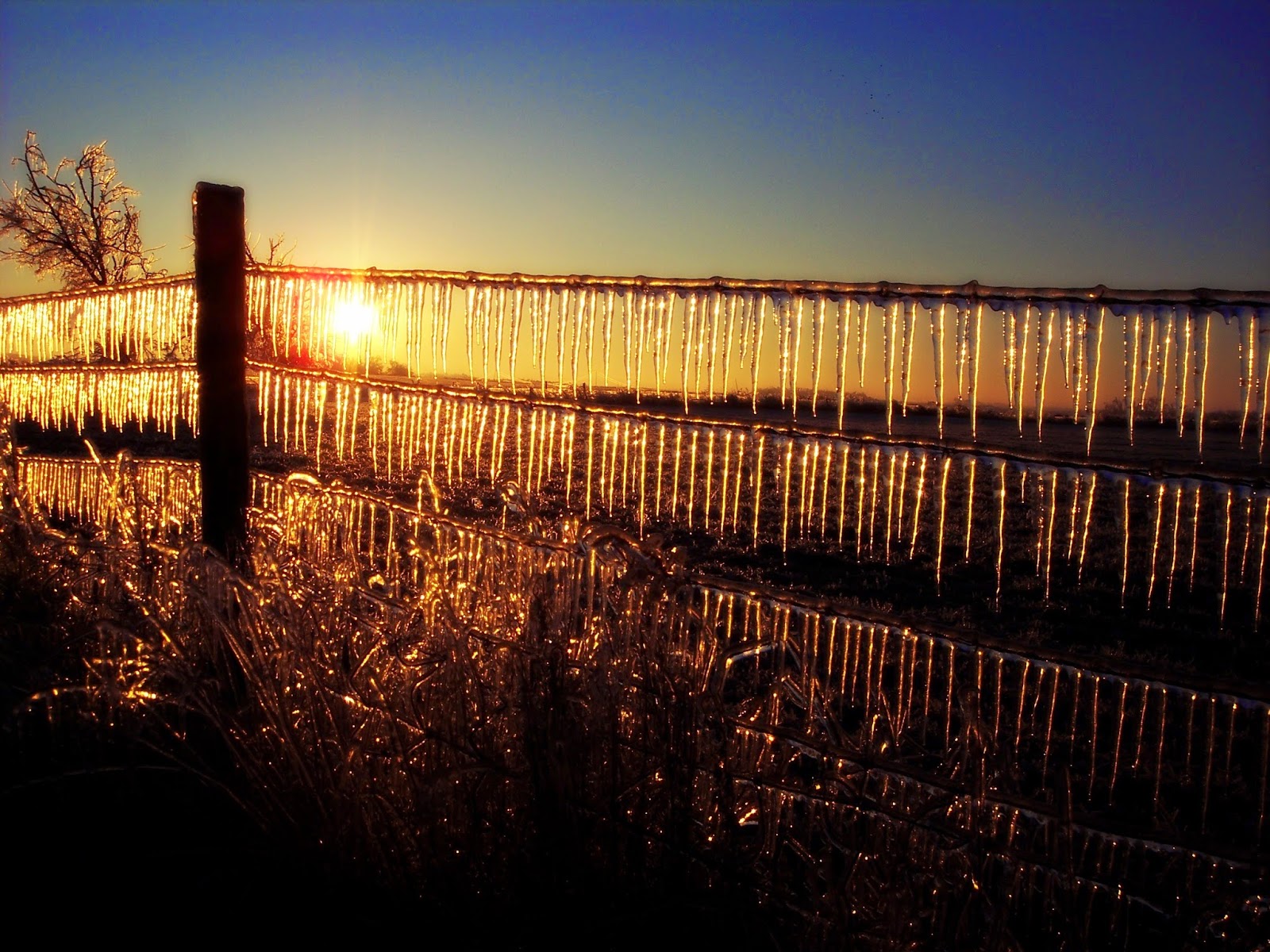 There were three categories for the Kansas Farm Bureau contest this year. My other photos didn't place.

This one was entered in the Uh Oh Monday category. As I said on my entry, this calf decided to test the theory that the grass was greener on the other side of the fence, while the farmer objected to the experiment. 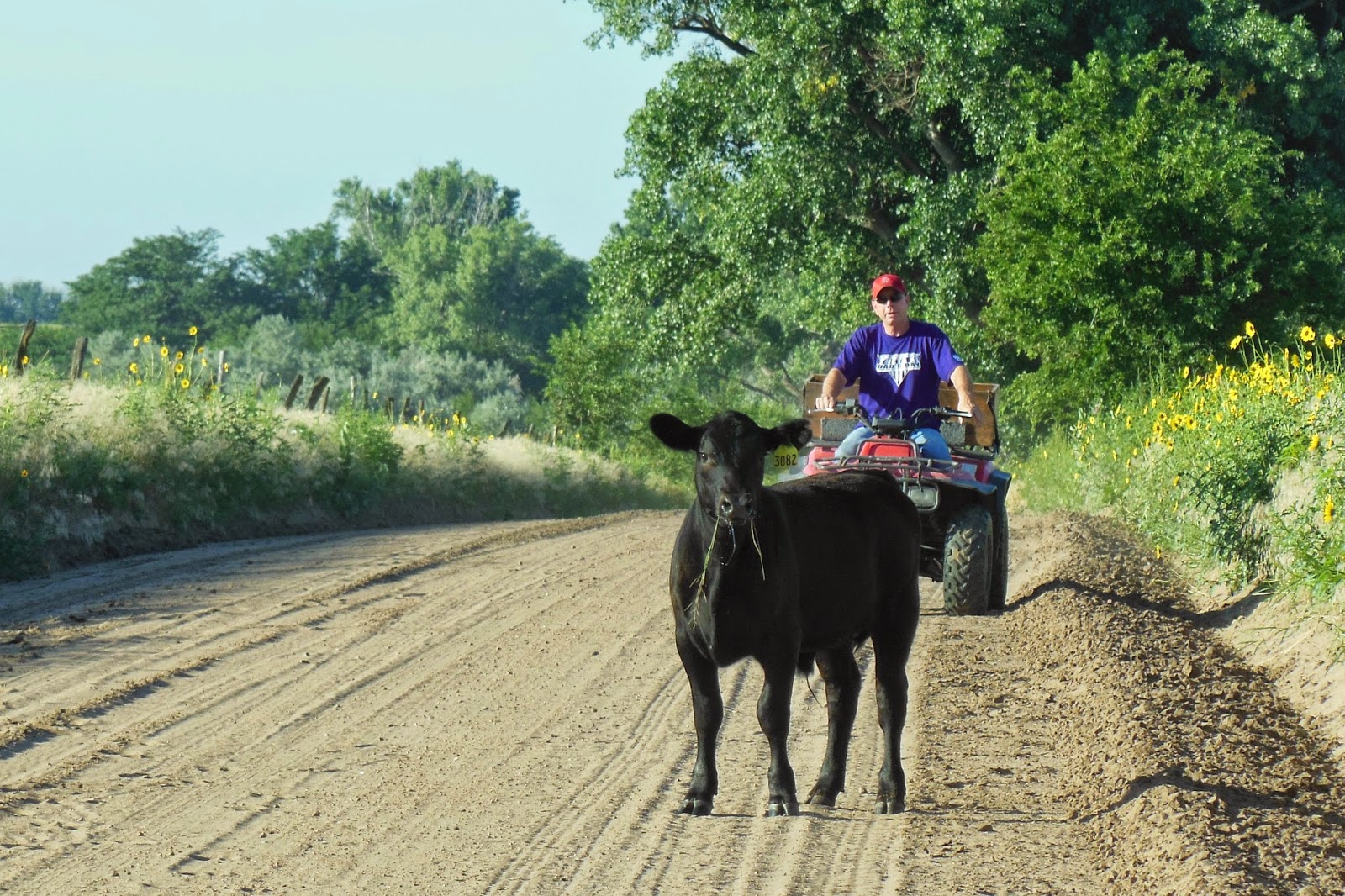 I entered a sunset photo of the Zenith branch of the Kanza Co-op in the Seasons of Agriculture category. 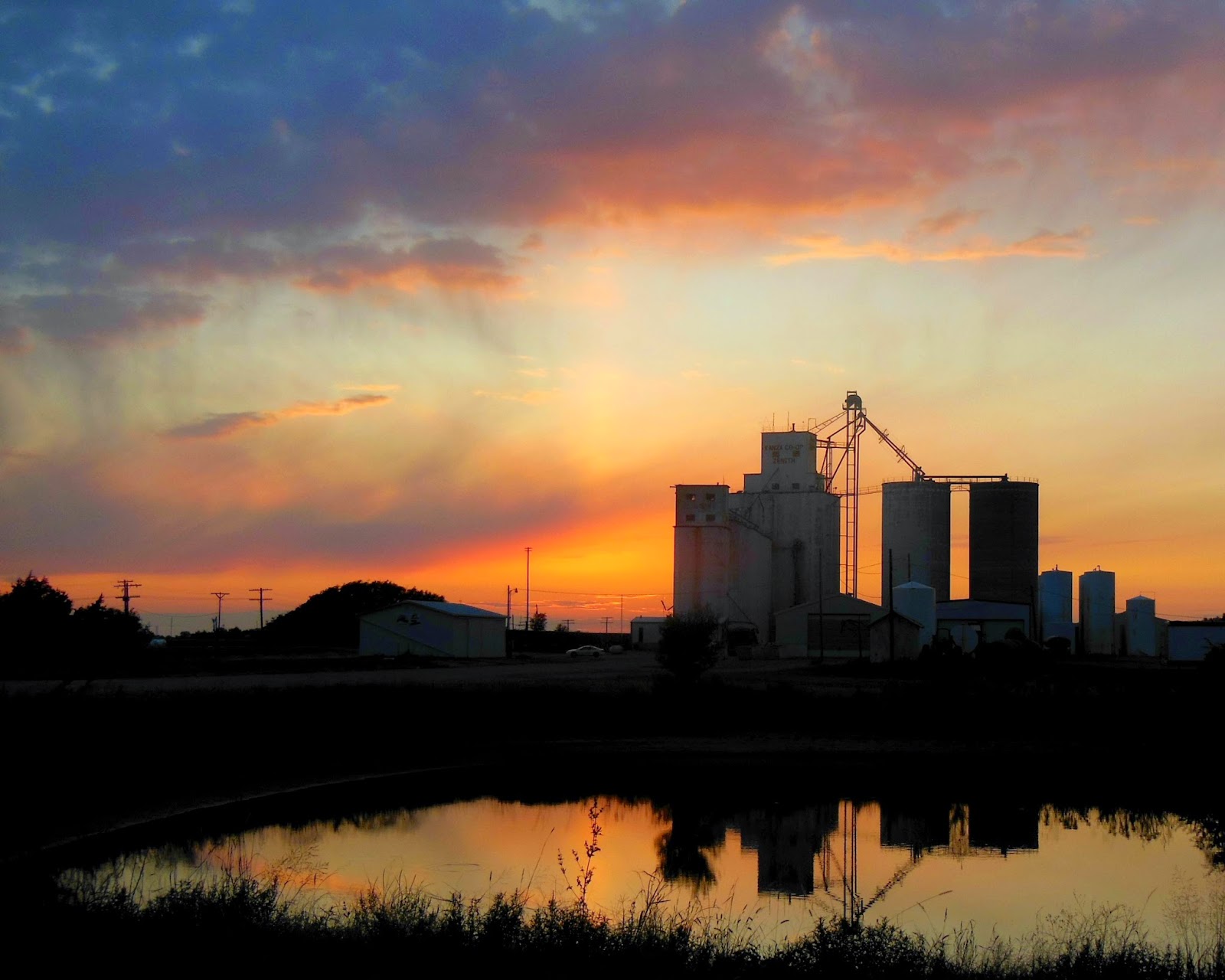 It's always hard for me to figure out which of the thousands of photos I take each year to enter. (What else is new? I've been having these butterfly-inducing dilemmas since I started entering things in the county 4-H fair or singing at music contests as a kid.)