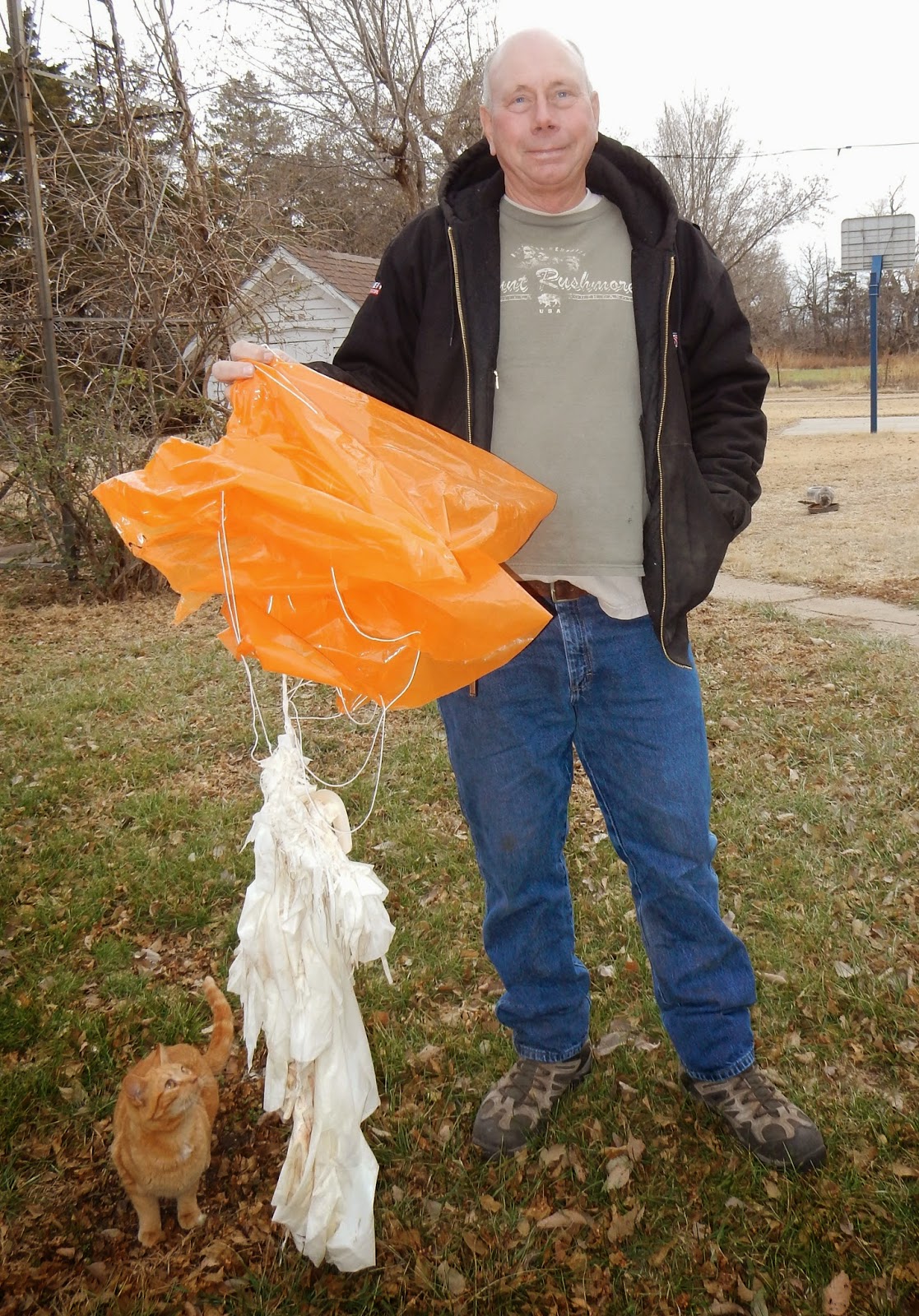 "Weather" or not we found a weather balloon is still up for debate. (It looks like the cat has an opinion, but he kept it to himself.)

Randy drove past "trash" on the road a few times on Friday before stopping to investigate. He thinks it's the remains of a weather balloon, though there was no attached data box. 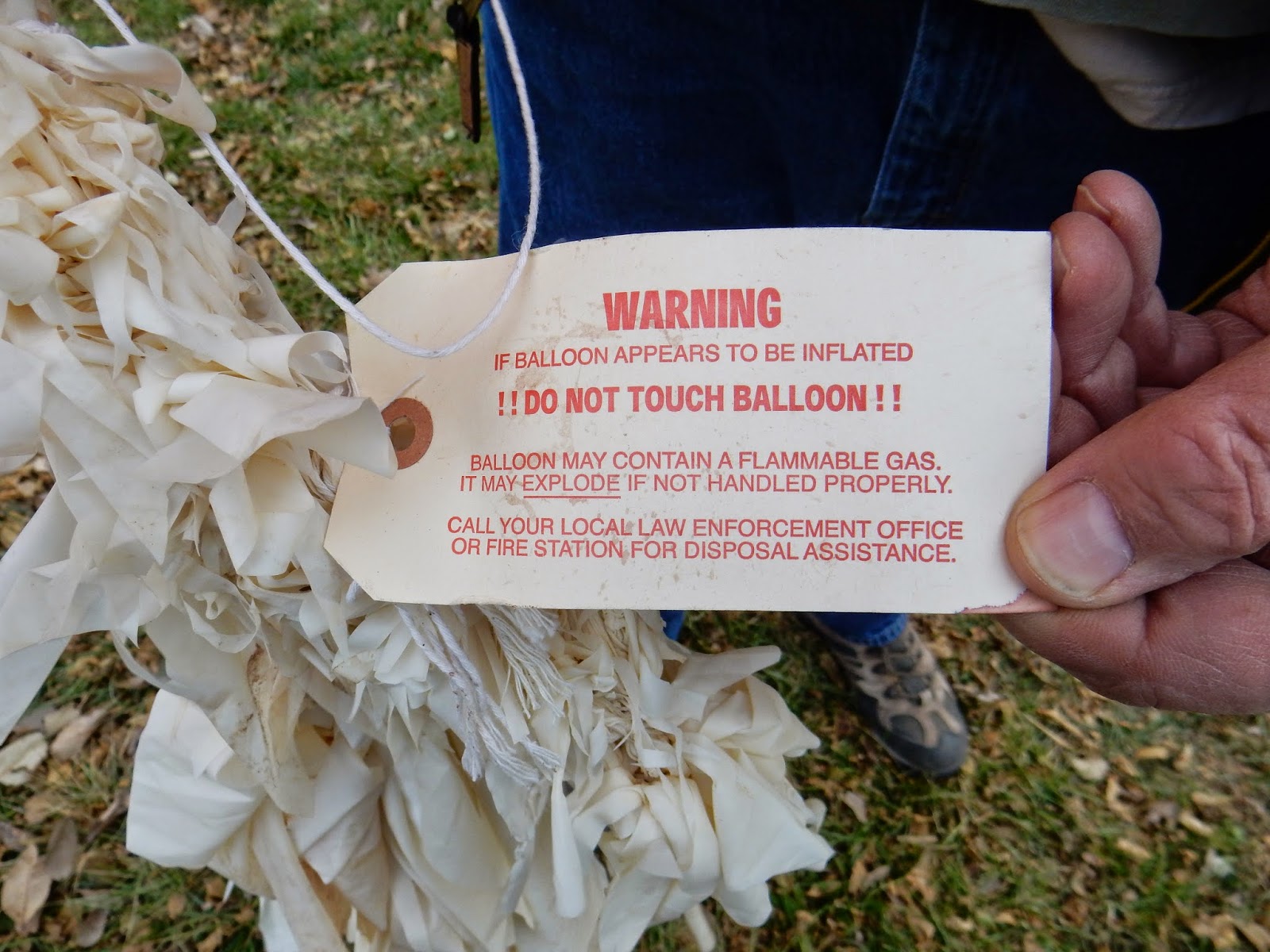 We used a more archaic method to determine our rainfall this weekend. The rain gauge collected 0.80" of rain. It gave the 2015 wheat crop a nice drink of water.

When the kids were in elementary school, a weather balloon provided a "show and tell" opportunity.

According to How Stuff Works, scientists have been using weather balloons for more than 70 years. In these days of advanced radar systems, you have to wonder if the weather balloon will soon become obsolete.

But the National Oceanic and Atmospheric Administration says the National Weather Service uses radiosonde data to accurately assess and predict changes in the atmosphere: "The data help forecasters identify and warn the public and pilots of severe weather and helps verify satellite data and input for weather prediction models. The data also further research for weather and climate change."

Here's how it works:


As the balloon rises through the atmosphere, radiosonde sensors measure and transmit profiles of air pressure, temperature and relative humidity from the Earth’s surface to about 20 miles high in the sky. While in flight, radiosonde sensors also obtain data for wind direction and speed. Radiosonde data are received by a ground-tracking receiver, which processes it for transmission to weather forecasters and other data users. This information is a primary source of upper-air data for weather prediction models.

According to NOAA, the National Weather Service recovers less than 20 percent of the 75,000 radiosondes released each year. We wish we could have helped them out, but the data box was missing on this one.
Posted by Kim at 7:21 AM