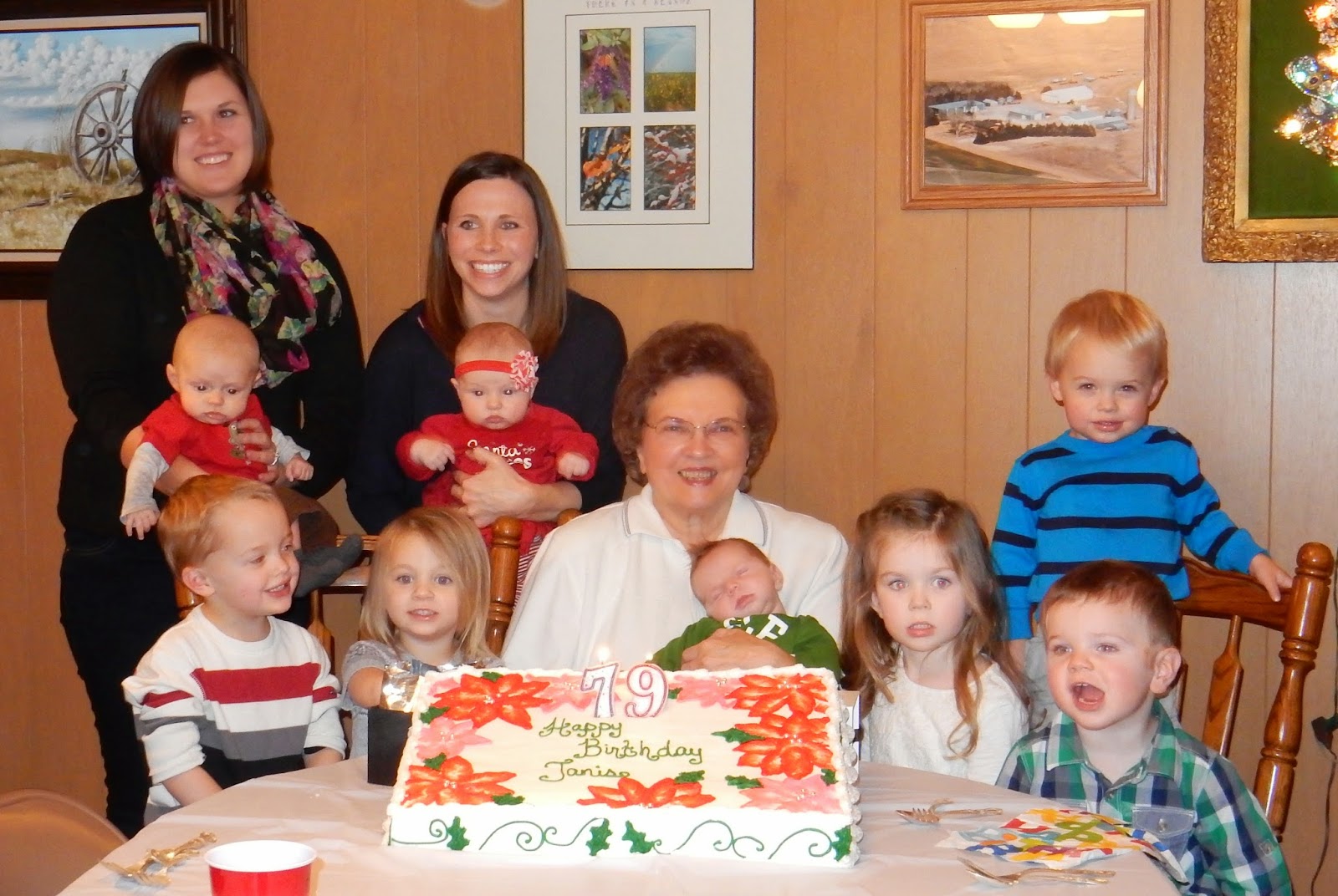 Before Christmas, I got a helpful email from Mpix about how to take photos of children during the holidays. Snapfish, Shutterfly and other photo sites are glad to weigh in about how to create those cherished family memories of the season.

Maybe the writer would like to come and demonstrate next year. I have first dibs for Christmas Eve 2015. I'll send directions to get there.

Christmas Eve at my parents' house is both a Christmas celebration and a birthday bash for my Mom. Since the first grandchild was born in 1982, we've been taking the annual snapshot of Grandma and the grandkids. We added a supplementary photo of the Great-Grands when they began arriving on the scene.

Let's just say our annual Christmas Eve birthday shot isn't going to make it onto a photo website, showing the "how-to" to create the perfect holiday image. It's not about photography's Rule of 1/3s or perfect lighting. It's about family - all the imperfections and all the chaos.

And we thought five were a challenge for Christmas Eve 2013. 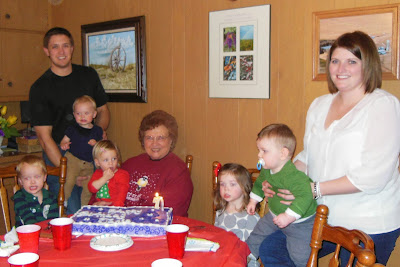 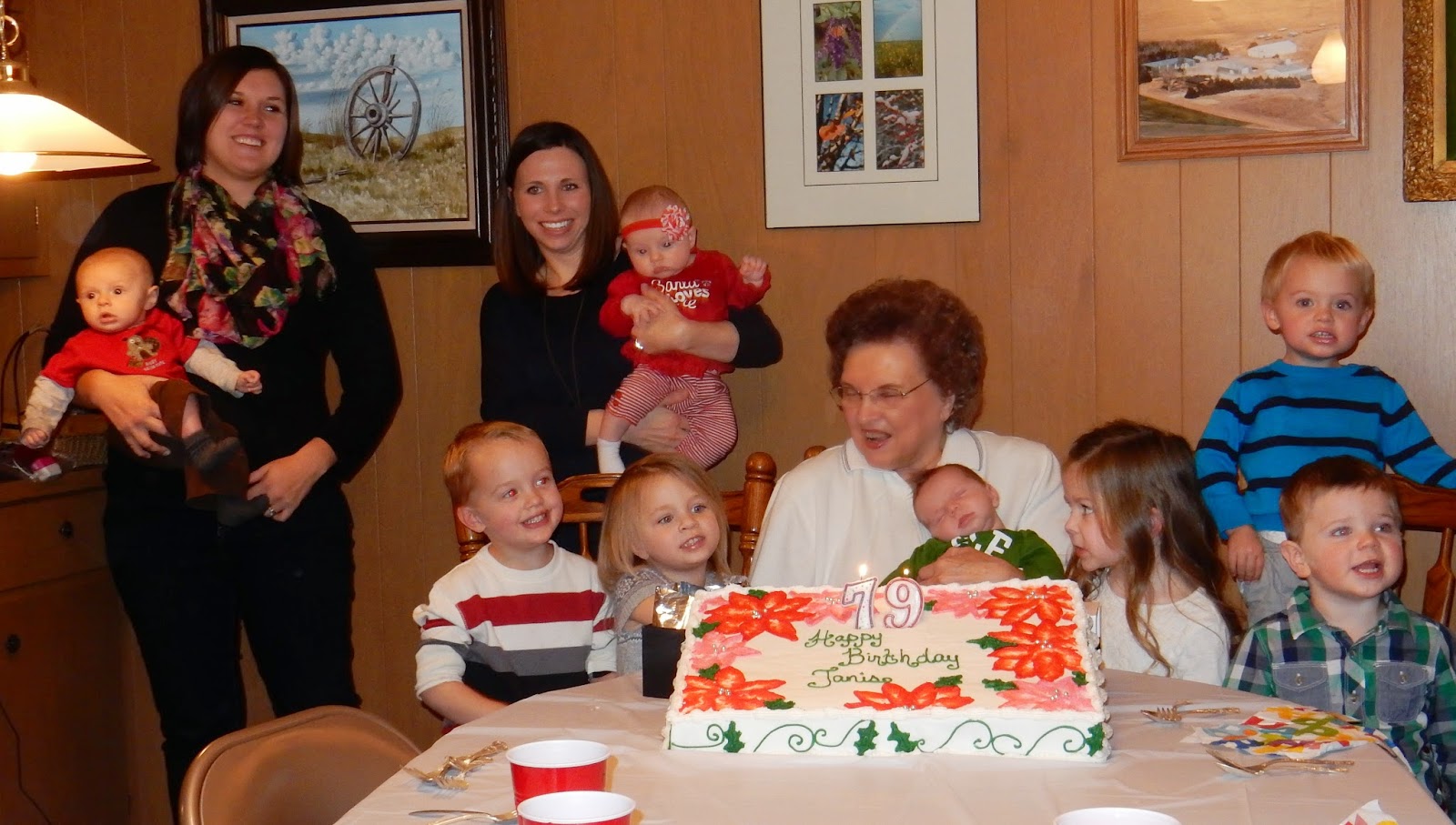 Yes, the great-grandchild photo now has eight children - all 4 years and younger!

The scene is somewhat reminiscent of a long-ago grandchild shot - the first that contained all seven of them, back in 1994.
They did a better job of looking at the camera for the 2014 version. Yay, grandkids!
Their photo session had fewer "cheeses" involved than the younger set - until we pointed out that theirs was a little less vocal than the younger kids. That got everyone laughing. 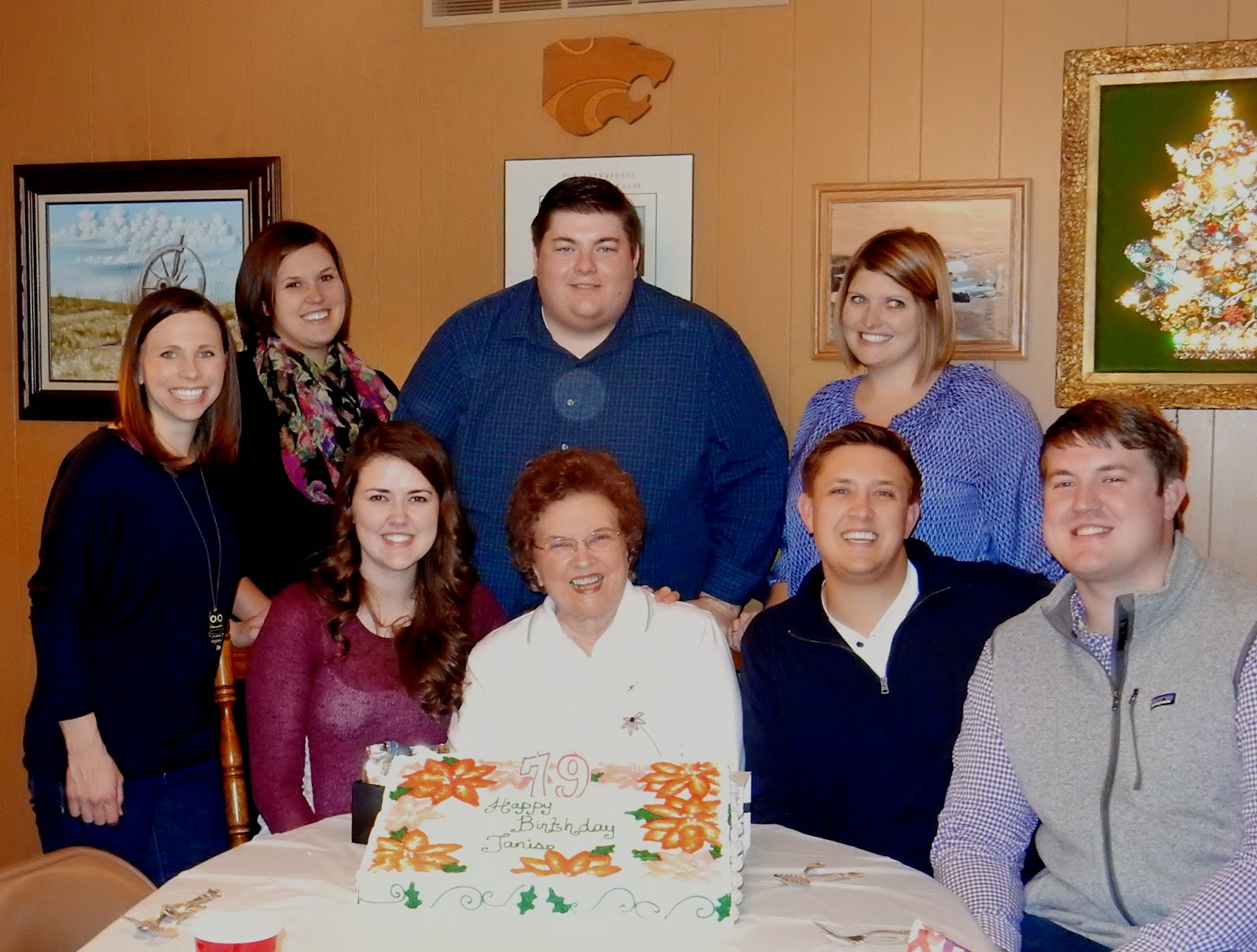 Despite the chaos, it was great to be together as an extended family to celebrate my Mom's birthday and Christmas. I appreciate the effort it takes for 26 people to get to my folks' house at the same time to be together - even if it's only for less than 24 hours.
Posted by Kim at 7:42 AM