Dusk on the Sudan 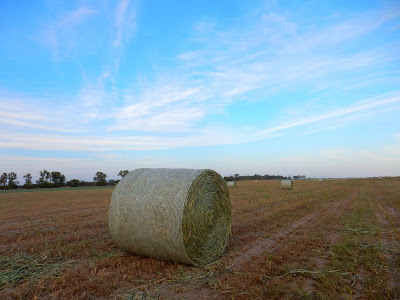 Dusk on the Sudan, African-style: Camels kick up dust as they plod across the desert and cast shadowy silhouettes against the Red Sea Hills.

Dusk on the Sudan: Kansas style:  Dust hangs in the air as the great beast moves across the landscape and the sun sinks into the western sky. There are no camels in sight.

But some other mammals are going to appreciate our sudan crop, come wintertime. 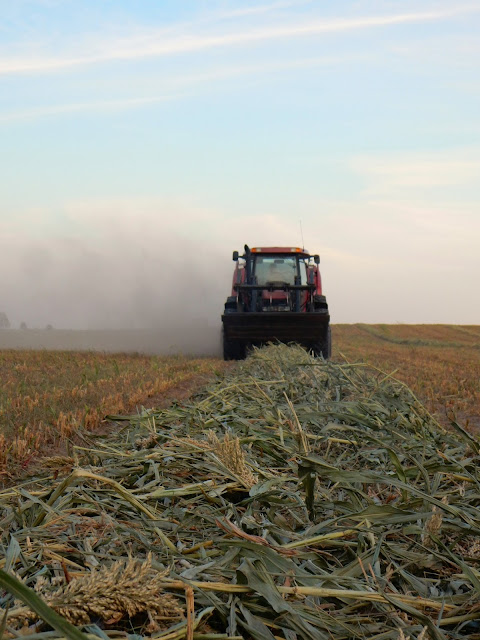 Sudan is a fast-growing hybrid that goes from seed to feed source in approximately 60 days. Randy planted the sudan in early August on ground from which we'd harvested wheat earlier in the summer.
By August 17, the sudan was up and growing. 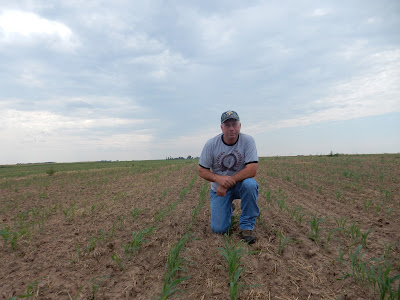 I neglected to get many growing photos this year.  (See the photo at the bottom of the post to see how tall it got.) Randy swathed the sudan October 13. Because it's thicker than alfalfa, it takes quite a bit of time to "cure" -- or to be dry enough to bale.

He got the last of the sudan crop baled last Tuesday evening. 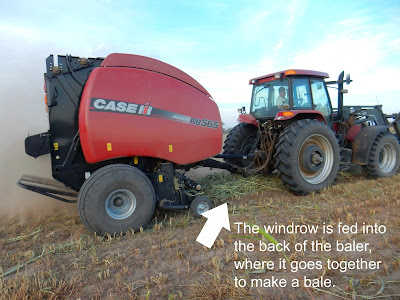 So why plant and harvest yet another, different feed for our cattle? (We also raise alfalfa for our cattle.) During a four-month hay feeding season, a 1,200-pound cow will consume approximately 30 pounds of hay each day. This means that each cow will require between three and four round bales weighing at least 1,100 pounds. 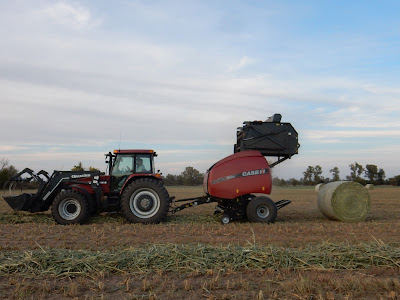 Randy baled 110 sudan bales total this year. Sudan isn't quite as sweet-tasting as silage, which has a higher sugar content. And how does Randy know that, you might ask? Yes, he has tasted it. I vaguely remember tasting silage as a kid, too, when my Dad would cut into the stalk and we'd suck on it.

Randy plants a brown midrib variety of sudan, which is more palatable to cattle because it's a little sweeter. 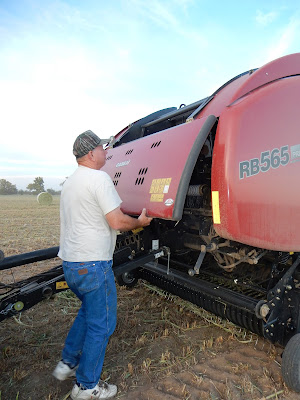 We use net wrap to keep the bale together and make it easier to move to cattle during the winter. It also helps shed moisture to prevent spoilage. He puts 3 1/2 wraps on each sudan bale. He usually puts 2 1/2 wraps on each alfalfa bale. Sometimes the sudan gets held over for another year before it's fed to cattle. It is harder to find a market to sell sudan, as compared to alfalfa. That's why it gets another layer of protection. 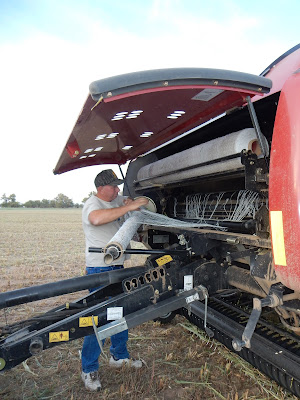 There was a brief timeout to change the net wrap roll. 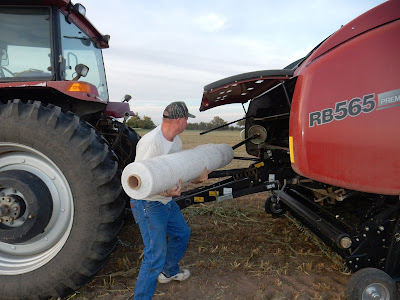 It always helps to read the directions, right? (Or at least look at the pictures!) 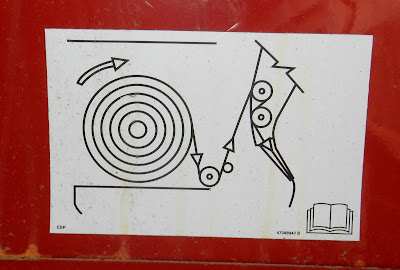 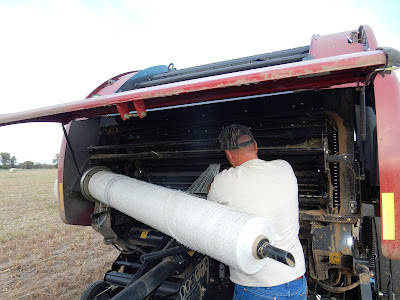 After it was threaded through just so, it was back to baling. 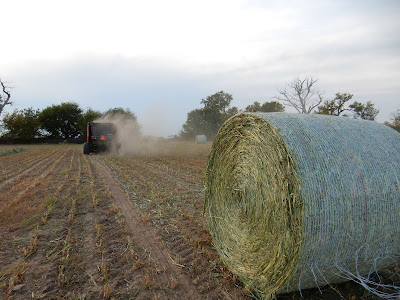 He left two fields of sudan standing - a total of 70 acres - and he'll put mama cows on them in November after we retrieve them from summer pasture and bring them closer to home. 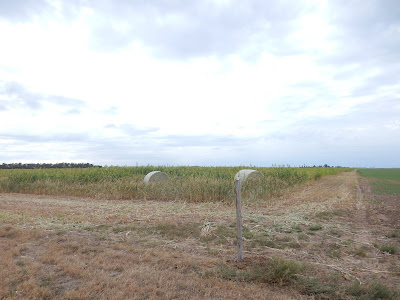 Randy swathed the borders of each field. The guys will put electric fence up around each field. Digging holes for the fence posts has been slow-going since we still haven't gotten any rain. 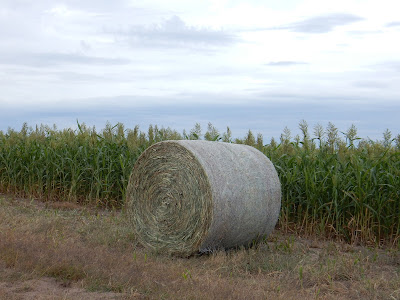 You can see how tall the sudan grew by comparing it to the hay bale.

During the 2015 production year, we baled just under 1,000 bales of alfalfa and sudan. It will make for good eating for the cows this winter.