From Bloom to Bale to Back of the Truck 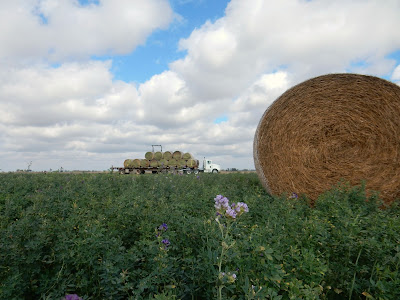 The snapshot told the story: From alfalfa bloom to bale to back of the truck, another Kansas crop was completing its life cycle. 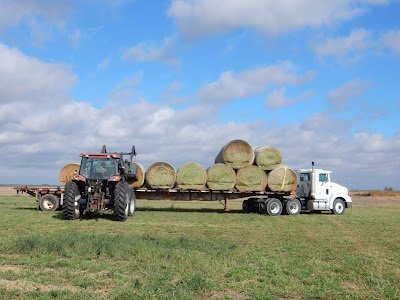 Last week was haying moving week. We will feed the majority of the alfalfa, sudan and silage we raise to our own cattle, but Randy markets the extra hay through Sunflower Trading, a division of the Kanza Co-op. So far this year, he has contracted seven loads to Morrill Hay Company near Larned. 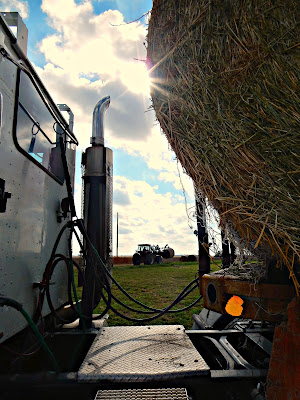 After we added a semi to our farm fleet, Randy bought a hay trailer from our neighbor. Both Randy and Jake got their Commercial Driver's Licenses (CDL), so this is the second year we are hauling the hay ourselves.
After the alfalfa is baled in the summer, the guys stack it in rows near the road. 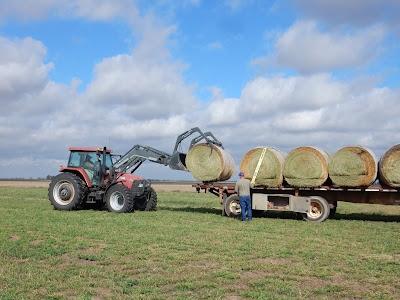 Jake picked up the bales, two at a time, and then brought them closer to the truck. 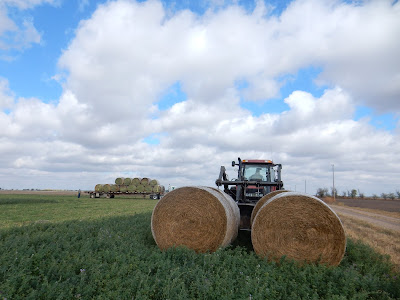 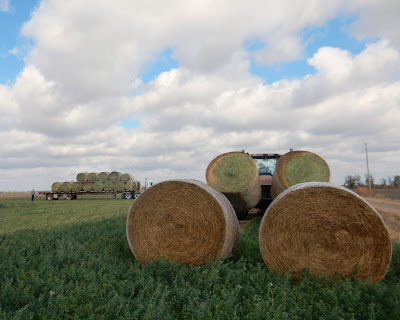 Then he puts each bale individually on the trailer, placing them two across on the flat-bed. It's kind of like building with Legos. You just keep adding "pieces" to the "design." Unfortunately, there are no handy connective pieces to keep everything stuck together like Legos. 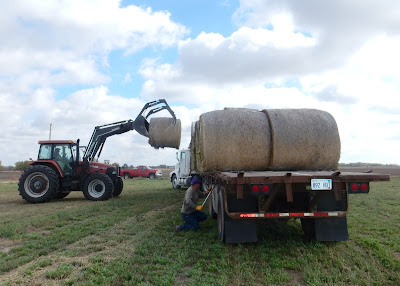 After the bottom rows were in place, he added another layer, positioning the upper deck in the "groove" between two bales. 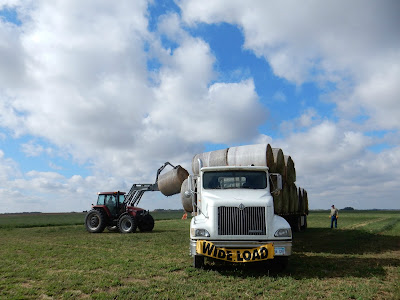 Last winter, the guys painted a white stripe down the middle of the flatbed trailer. That helps give a visual marker for getting the load centered. 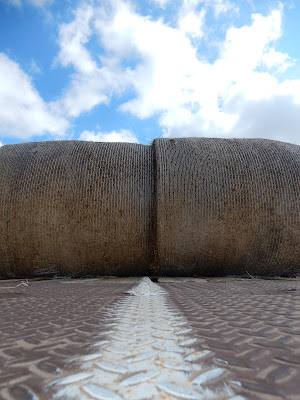 This particular load was a little smaller because it finished out the field. 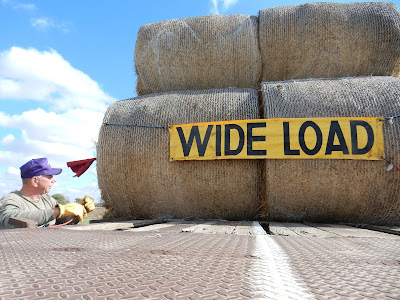 This year, the bales are lighter in weight. They are also worth less. This year, we are getting $70 per ton, while last year's high was $130. Much of last year's crop was sold at $110. 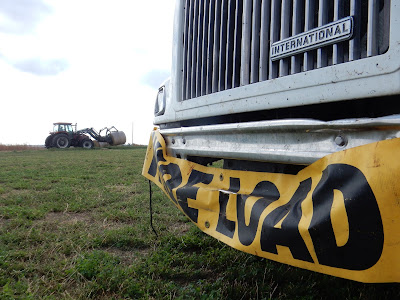 The price difference can be attributed to availability. This year, western Kansas has gotten more rain, so there's more alfalfa available. In addition, feed grain prices are down, making alfalfa worth less, too. 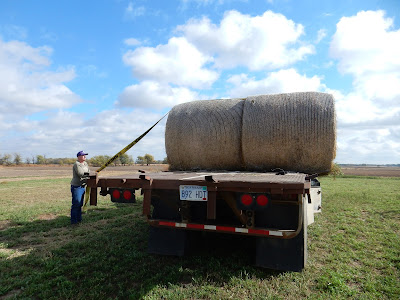 Once the bales were in place, the guys strapped them down. 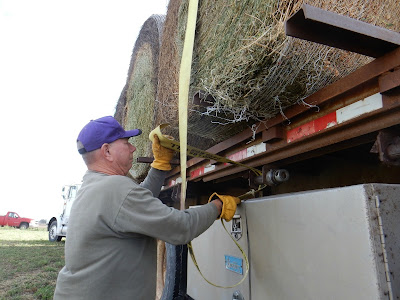 Jake lifted Randy in the tractor bucket to place the straps over the top. 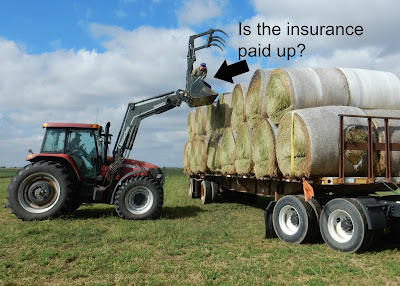 This is not the photo op your wife wants, believe me! 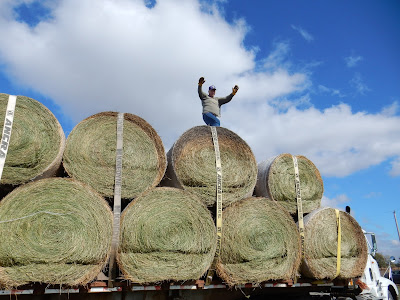 But they got it all strapped down with no mishaps and no insurance claims. Success! 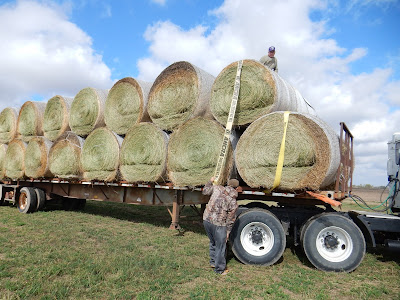 Last year, we didn't sell any extra hay until February, so the photos weren't nearly as pretty as those on a beautiful fall day. 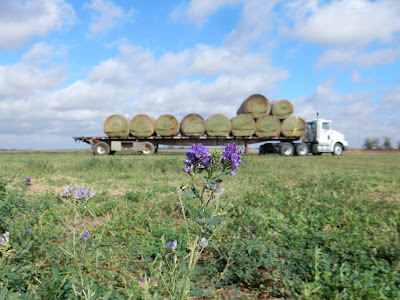 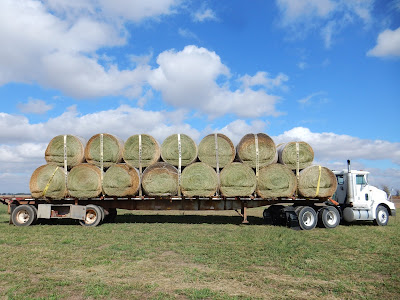