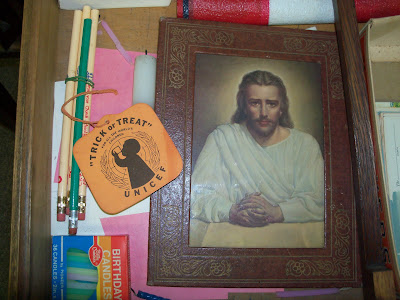 
At first glance, it may seem sacrilegious to mention Halloween and church in the same breath. I know some people believe Halloween is devil worship, but at the little country church of my childhood, Halloween meant a time to trick or treat for UNICEF.

We ghosts and goblins at Byers United Methodist Church had small milk cartons decorated with the UNICEF logo. As we collected our sweet treats, people would drop coins for UNICEF through the crudely-cut slots at the top of the milk carton.

Some of us would stay in Byers and go door-to-door. I always wanted to go on the northwesterly country route by car so I could put one of my Grandma Neelly's homemade popcorn balls in my goody sack.

I learned a lot about myself at Halloween. As a chubby princess, I declared I would never wear high heels again. My Dad proclaimed that he wanted a recording of that bold statement. But as it has turned out, I do prefer flats.

Another year, I learned that a computer made from a large box is tough to cram into the back seat of a car, especially when you're wearing it. (I wish I had a photo of it.) I was apparently ahead of my time. I didn't really work on a computer until journalism classes at K-State. But they were evidently in the news, since I decided to craft my own from a cardboard box that year. In hindsight, it would have been a better costume for walking the streets of Byers. But then I wouldn't have had the tale to tell, I suppose.

While trick-or-treating at country homes was a tradition in my childhood community, I soon learned that it's not the norm in the Stafford area. The first year we were married, I had my basket of goodies ready and the porch light on. Not a single trick-or-treater rang the doorbell. It was definitely a "trick" and not a treat for this Halloween-loving farm girl. 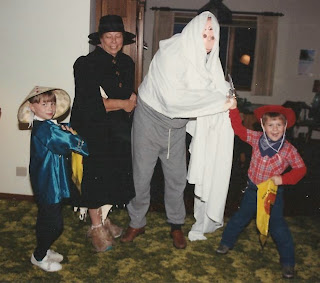 So when my own goblins got old enough, we always started our Halloween trek in the country at neighbor's houses and at Grandma and Grandpa Fritzemeier's, where Jill and Brent were tricked along with being treated. 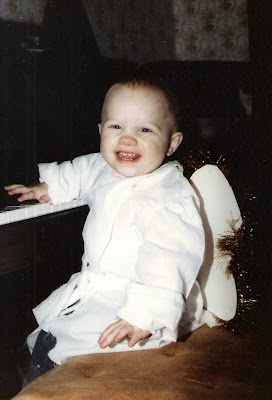 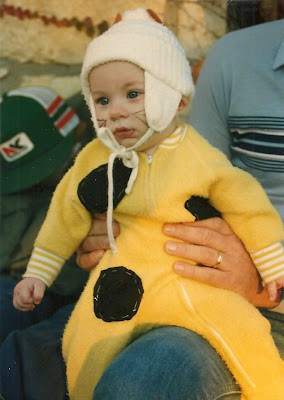 It's a little hard to tell from the photos, but I think Brent, at 5 1/2 months, was supposed to be a kitty for his first Halloween in 1988. (I am definitely not a craft or costume queen.) He was much less excited than his sister about the whole affair. 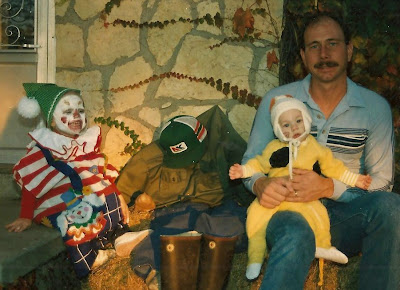 But, as the years went by, Brent definitely relished the chance to dress up and pose for the requisite photo before going to collect treats. 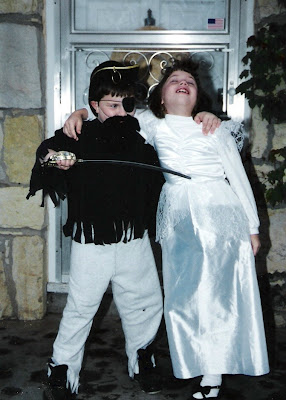 Last year, we went to Topeka for Kinley's Halloween parade at preschool. She was a "kitty princess" - her idea. 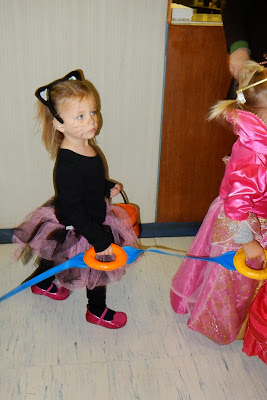 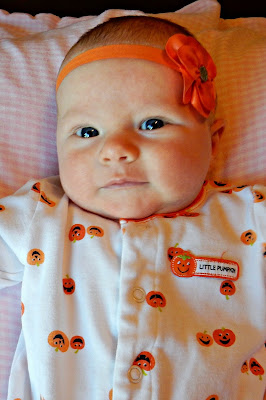 Brooke and the rest of us came to watch, though she slept through most of it. She wasn't quite 2 months old at the time.

Later that evening, Grandpa Randy got in on the trick or treat fun in their neighborhood. Brooke was still unimpressed with the festivities. 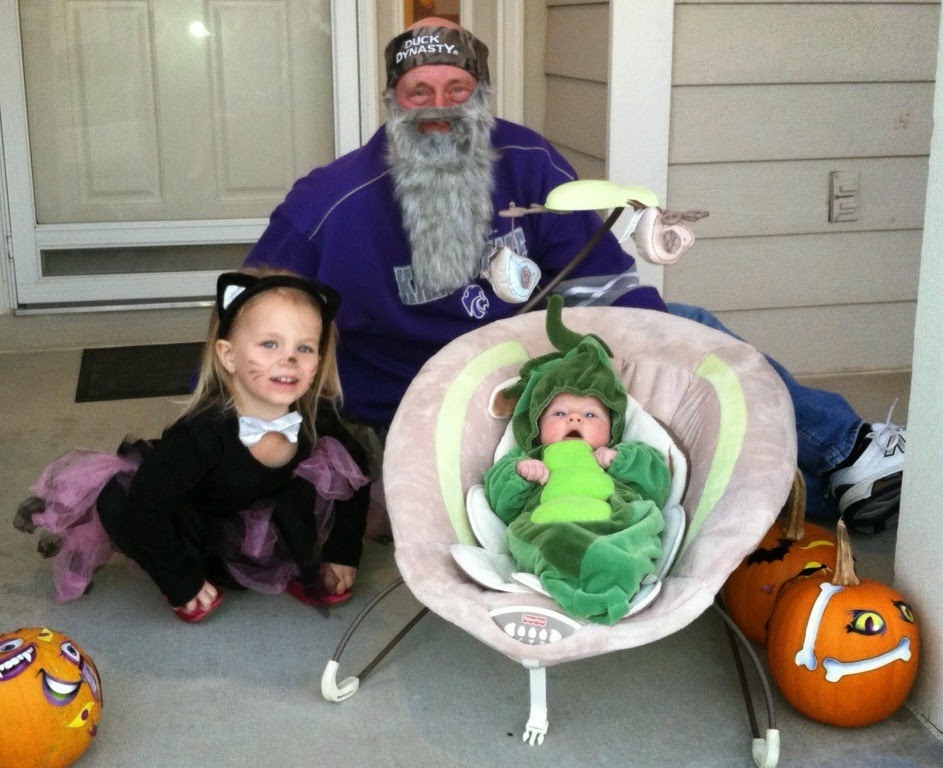 The family is arriving today for Randy's 60th birthday.

Kinley won't be a cow, her first costume. 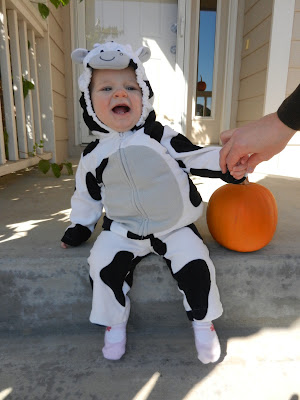 She won't be an owl either. (There seemed to be a strong animal theme up to this point, with her kitty princess choice last year.) 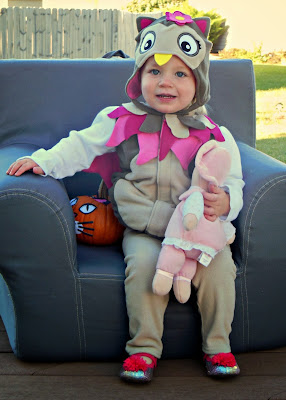 On Saturday, we'll watch Ariel and Flounder collect treats in their Mommy's hometown. That will definitely be a treat for this Grandma!

And it will be a great 60th birthday present for a certain Grandpa I know, too!