Party in the Back 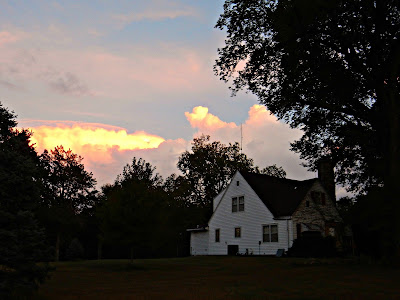 Sometimes, drama happens where you least expect it.

As the day transitions to night, I often lift the curtain on my front door for a glimpse of the western sky as the sun sinks toward the horizon. But a fleeting glance at the sky as I put papers on the back porch surprised me.

Though the sky's nighttime fire drama is usually in the west, on that night, the show was happening in the east as the sun cast its backlight on thunderheads. I decided it was worth a drive down the road, but not before stopping to take a photo of the house lit with splashes of yellow and pink in a sea of blue. 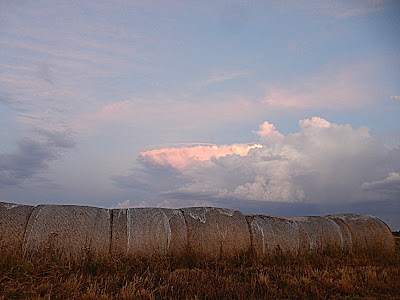 Even by the time I was a quarter mile away, the sky was already changing and some of the vibrancy was disappearing as light tumbled from the sky.

By the time I reached my "sunrise tree," the colors had faded to those of an Impressionist artist. 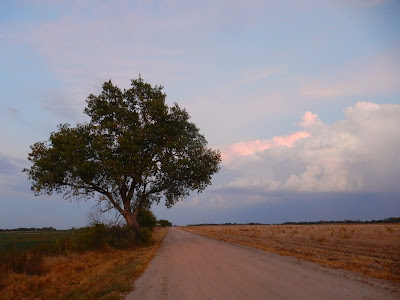 My "sunrise tree" is often the star of early morning shots to the east. In its customary pose, it still provided a familiar landmark, even some 12 hours past its usual opening curtain. 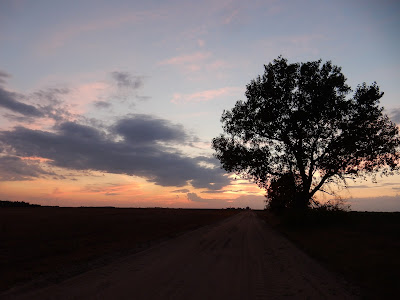 Instead, it made a curtain call on the day. I drove a little further east down the road, turned and looked from a different perspective - toward the west. Examining things from new angles makes a lot of sense - whether you're talking photos or life, I think. 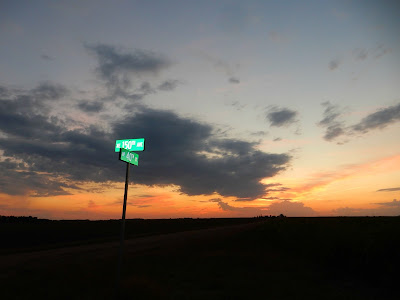 Sometimes, space gives us the best perspective of all.
Posted by Kim at 7:14 AM