It is the case of the disappearing pears. As I young reader, I loved solving mysteries with Encyclopedia Brown.

"Encyclopedia Brown Tracks Them Down."

This County Line farm wife does not.

Earlier this month, it appeared we had a bumper crop of pears hanging in the trees south of our house. 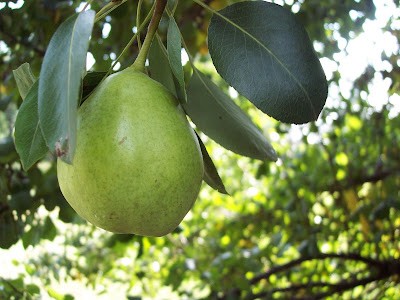 Even back in April, I was anticipating pears when the trees were loaded with buds. 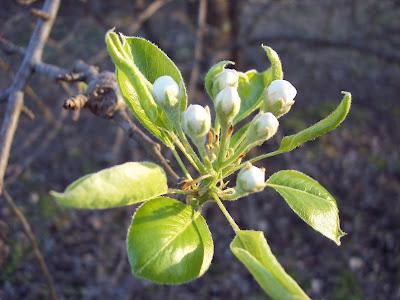 When I would come back from my walks, I would often check on the pears' progress. I picked a couple, and they never ripened. So I deduced that they should hang there longer. 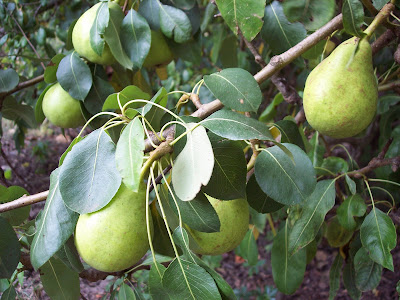 (Photo taken August 5, 2010)
Then one cool morning last week, I decided it was the day for my bountiful harvest. If I got really industrious, I might even break out my Grandma Neelly's Pear Honey recipe. (I wasn't sure how I was going to can the jam since I don't have canning equipment, but a girl can dream, can't she? 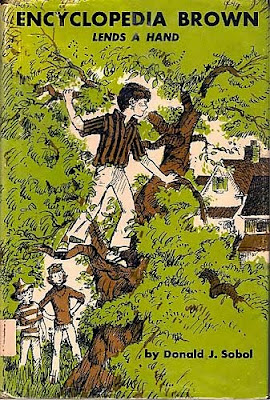 Encyclopedia Brown was not available to lend a hand. Neither was his trusty friend Sally Kimball. So I asked my resident green thumb expert what happened to the pears.

He had seen some squirrels carrying pears away. Since we are conveniently located on the County Line, I guess they invited all their friends from both Stafford and Reno Counties. They either had a great summer picnic, or they have them stashed for the winter.

It's hard to believe squirrels could abscond with that many pears. But I'm pretty sure it wasn't polar bears or penguins. 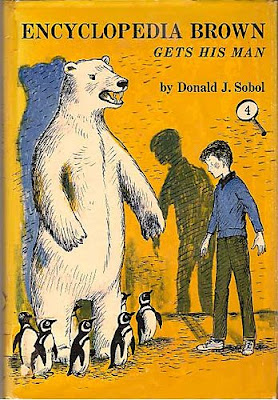 "Encyclopedia Brown Gets His Man." I do not.

So much for my career as a detective ... or as a backyard orchard owner.

Randy says he didn't need the extra sugar he would have consumed with Pear Honey anyway. Well, there is that, I suppose.
Posted by Kim at 7:00 AM