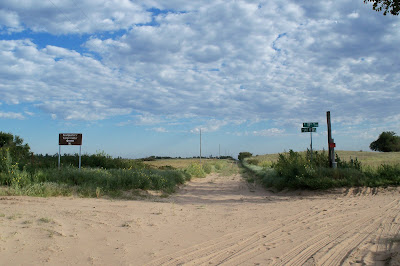 Let's hope the cattle don't decide to check out the nearest tourist attraction.

On Monday, we moved cattle from a pasture just south of the house to a pasture that neighbors the Quivira National Wildlife Refuge.

Though Quivira is a great place for humans to visit, our cattle are not the wildlife the refuge hopes to preserve.

It's good the cattle can't read. It says right on the sign that the Visitor Center is just a mile away. 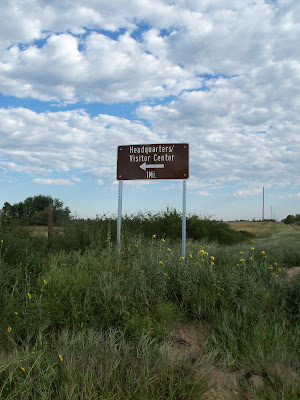 The bull and 25 breeding heifers started the summer in this pasture. After a couple of months, Randy moved them to another pasture to let the grasses grow back. 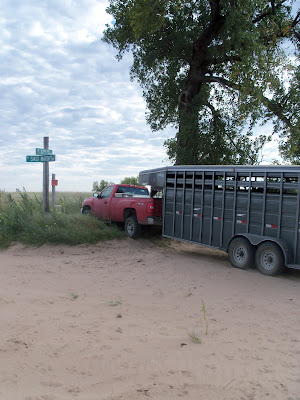 This location near the refuge will be home for another couple of months before we'll move them to milo stalks. The heifers will have their first calves in late January or early February.

It was a pretty morning for a drive. If we were going to labor on Labor Day, I certainly can't complain about the work environment. 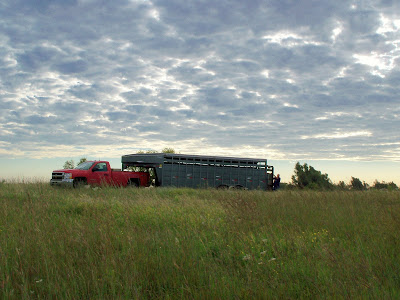 It seemed the cattle approved of move, as they disembarked and set off to explore the new confines. 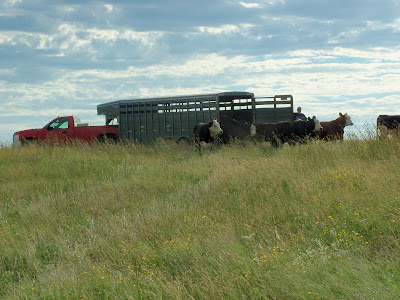 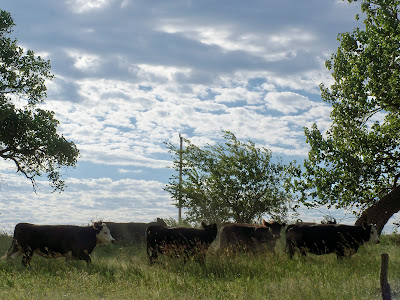