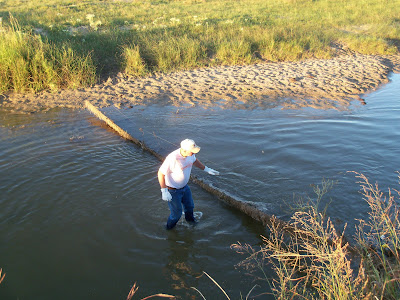 I'm going out to clean the pasture spring;
I'll only stop to rake the leaves away
(And wait to watch the water clear, I may):
I sha'n't be gone long. You come, too.
Robert Frost

Randy's not much of a poet. But he could definitely understand the sentiment of the poem, "The Pasture" by Robert Frost.

We had an evening trip to the Rattlesnake Creek last week, which I suppose is our version of Frost's "pasture spring."

And Randy was raking the leaves - or grasses - off the electric fence. The fence catches debris as it floats down the creek and can knock out the power of the electric fence. Since we'd prefer to keep our cattle in their appointed home-away-from-home and out of the neighbor's pasture, this is a housekeeping chore that must be done from time to time. 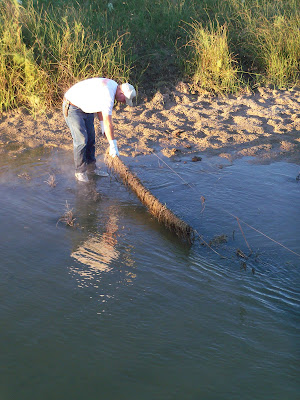 Robert Frost did know what he was talking about. However, he was a more successful poet than he was a farmer. His grandfather bought Frost and his wife a farm in Derry, New Hampshire. Frost spent nine years there, farming and writing. He didn't do so well with chicken farming, but I guess the poetry thing worked out pretty well.

I think Randy will have to keep his day job, since I don't believe poetry is in his repertoire.

His effort did help "the water clear," as Frost would say, on a beautiful autumn evening in Kansas. 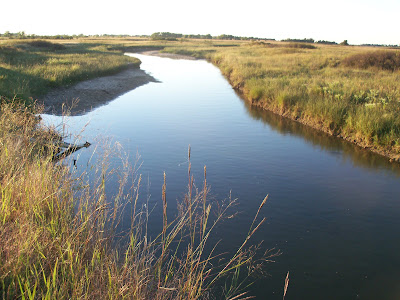 Usually, the "wildlife" in the pasture is our herd of mama cows and babies, whose growth over the summer has probably put them in the adolescent phase, rather than toddlerdom these days. 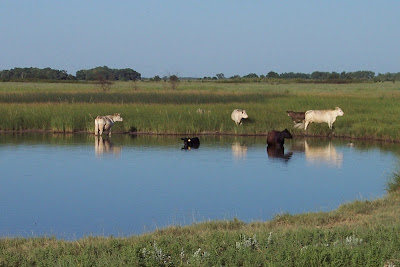 Some visiting pelicans changed the usual landscape until our efforts to get a little closer caused them to take off. 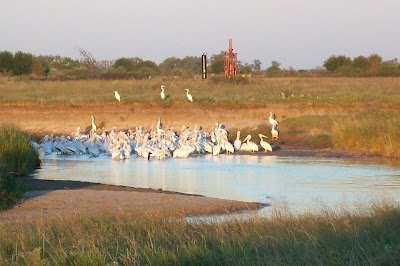 It may not have been our fault. It was approaching sundown, and they may have been returning to their nighttime roost. They flew off in the direction of Quivira National Wildlife Refuge. 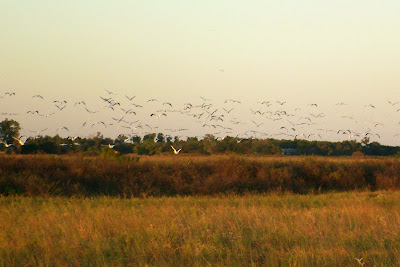 It may have appeared we were following them, but we weren't. Really. We were just taking the alternate route home.

It was definitely worth the detour as we watched the sun set on another beautiful fall day. 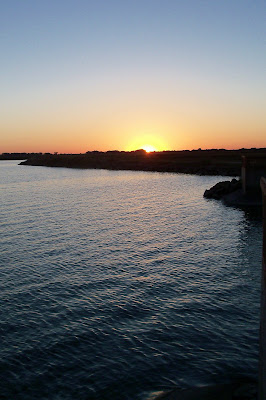 I think a return trip through Quivira was just what the doctor ordered. As it happened, I had been having technical issues with uploading photos to the worldwide web.

"I don't know what else to try!" I told my husband when he came in the house before going to the pasture.

My wise husband didn't refer to Frost's "The Pasture," but it was still his advice.

"Take a break and come with me," he said.

After watching the sun set on the day, I think my blood pressure returned to normal and my outlook turned about 180 degrees. 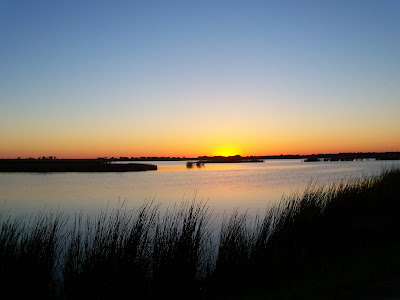 So Robert Frost (and yes, Randy, too) had it right: