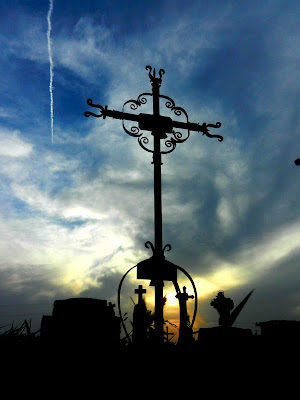 Those we love remain with us
For love itself lives on
And cherished memories never fade
Because a loved one's gone.
Those we love can never be
More than a thought apart
For as long as there is memory
They'll always live on in our hearts.
- Anonymous 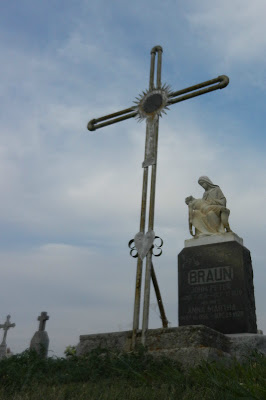 They stood taller than other monuments in the cemetery, reaching toward the sky as it transitioned from day to night, as blue gave way to gold and gray.

We had just been at St. Fidelis Church, better known as the Cathedral on the Plains. (More about that another day.) I had tucked my camera back in the bag and was about to open my book. But I caught a glimpse of the crosses to the right as we traveled toward I-70.

We'd been to the cathedral before, though it had been several years. We'd been down this road before. But I'd never noticed the crosses. 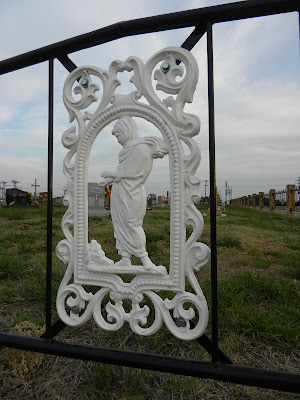 We pulled into the cemetery, a plot tucked into a ripening wheat field on three sides, a landscape that was making its own subtle transition from green to gold, even as day faded to night. 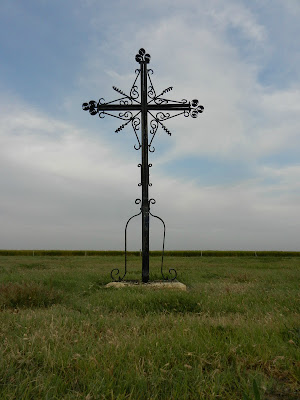 We began to wander among the markers. 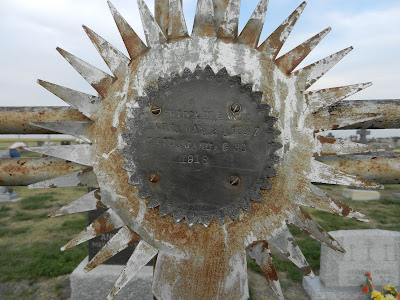 The faded centers tell a snippet of the story. The pioneers these monuments honor have birthdates from the 1800s and death dates in the next century. In 1876, Germans who were immigrating to Kansas from the Volga River region of Russia began to settle in Ellis County. The Germans were accustomed to the hard work associated with farming in their homeland, so they persevered despite brutal winters, drought and poor crops. Eventually, in 1913, their settlement called Herzog and the earlier-established town of Victoria grew together and merged as one. 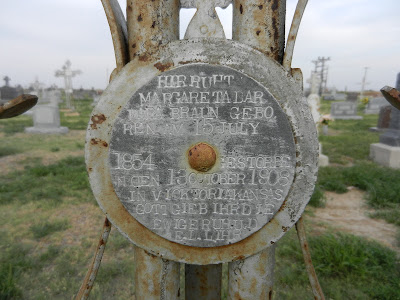 There are 110 iron cross grave markers in St. Fidelis Cemetery. Because wood was available and less expensive than granite or marble, the first burial markers for the Volga-German pioneers were simple wooden crosses. But with the strong Kansas winds and storms rotting the wooden crosses, local blacksmiths began to craft wrought iron crosses. 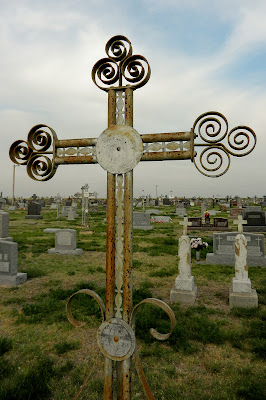 Although the techniques used by the blacksmiths varied from community to community in Ellis County, many of the crosses were made of twin steel pipes bent and joined to form the main structure of the cross and rounded off with U-shaped joints. Metal lattice work was created and welded between the pipes. The coils were made from a soft rod clamped into a vise and turned to fit a particular pattern. The decorative inserts were twisted rods or thin, flat metal. The hearts and other shapes were cut from tin and welded into place. (Information taken from the brochure, "Victoria, Kansas: Home of One of the 8 Wonders of Kansas." 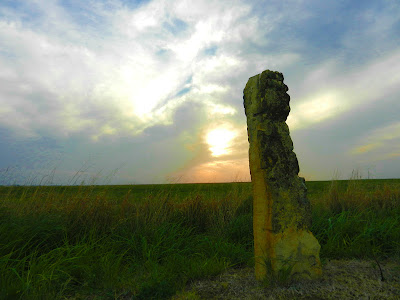 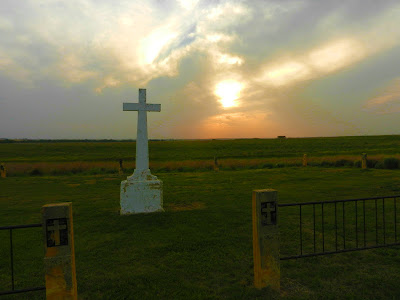 This Memorial Day weekend signals the unofficial start of summer. For many, it's a kickoff for summer rituals like barbecues and trips to the lake. This year, it may also usher wheat harvest into Central Kansas.

It's a time to place flowers at family headstones and remember.
For it is in the remembering that we pay tribute to the past and look forward to the future with confidence. 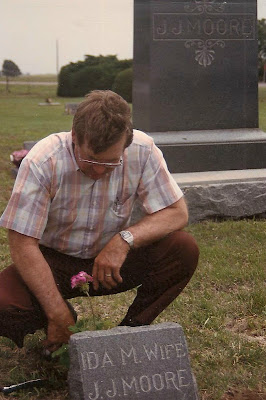