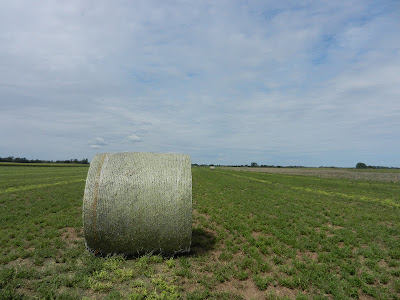 Before anyone gets too excited, it's not wheat harvest, but hay harvest.

Randy and Jake have swathed, raked and baled the first cutting of the 2012 alfalfa crop. The alfalfa - like the wheat - is ahead of schedule because of our mild winter and warmer-than-usual spring. The latest crop report from Kansas Ag Statistics notes that, across the state, 81 percent of the the first alfalfa cutting is complete. This compares to 15 percent at the same time last year and the 5-year average of 9 percent.

Aren't the purple blooms pretty?
However, my personal crop consultant says the more blooms, the lower the protein in the hay crop. So I guess the cows would vote for the green stuff. Leave the purple blossoms for moths and K-State fans. About 10 percent of the alfalfa plants had blooms, making this first cutting full of protein. 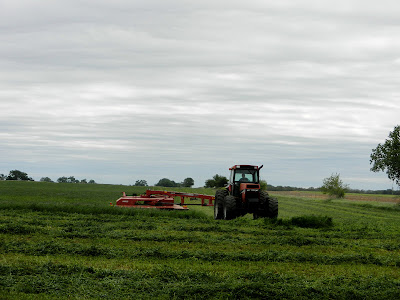 Randy used the swather to cut each alfalfa field. 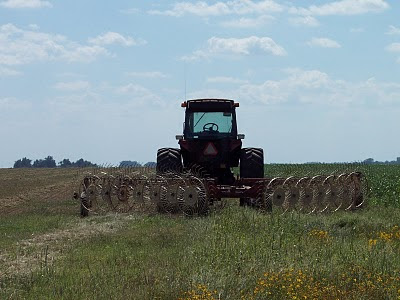 Then he usually puts two windrows - or swathed rows - of the hay together, using a rake (see photo above.)

After it "cures," he checks it for moisture. If it's too wet, it will mold. If it's too dry, the leaves fall off, making a less nutritious feed. 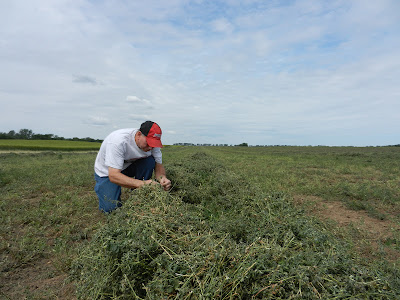 In the photo above, two windrows have been raked together. 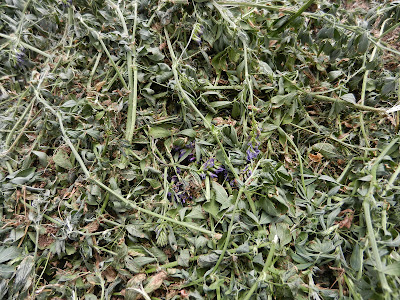 You can see the purple blossoms scattered among all the green feedstuff in the photo above. 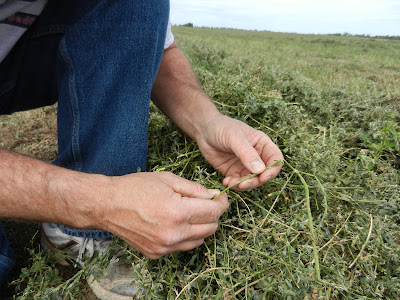 So, just like Baby Bear in the Goldilocks story, Randy wants the moisture "just right" before he bales. 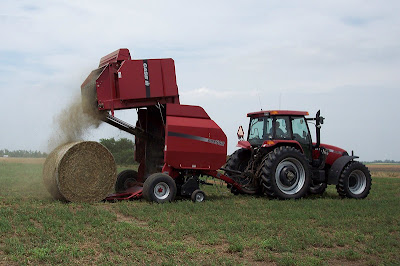 The baler covers each bale with net wrap, which will help protect it from the weather. 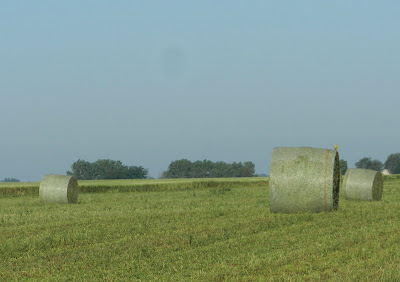 Yesterday, Jake used a bale mover to move the bales into rows along the road, where they'll be ready to feed to cattle next winter.
For a detailed explanation of haying here on The County Line, click this link: Making Hay While the Sun Shines.
Posted by Kim at 7:00 AM