Drama Behind the Scenes 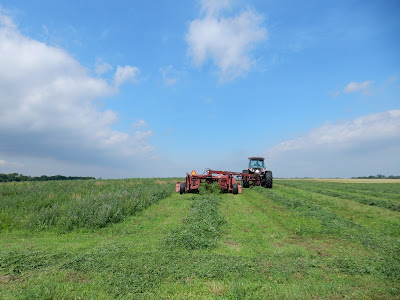 It may have looked like the set of the perfect farm show:  Fluffy white clouds dotted a cerulean blue sky, complementing the deep green, rain-boosted alfalfa field while a red tractor and swather drove off toward the horizon, leaving fragrant windrows dotted with purple blossoms behind it. 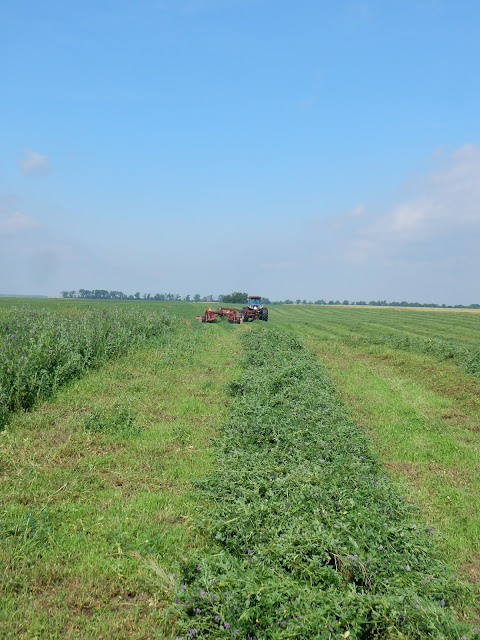 Yes, it may have seemed like the perfect day on a Central Kansas farm as we cut the first alfalfa of 2015 yesterday. But the back story has some drama. Instead of cutting the field with the brand new swather we bought in December, we are using our old one. 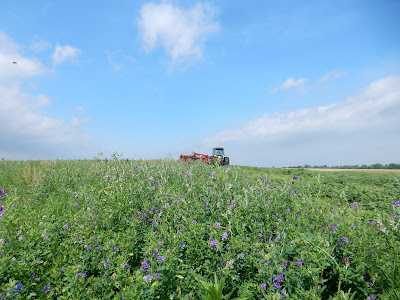 That swather was a headache during the 2014 haying season. Breakdowns seemed to be more the norm than the exception. I don't think we got through a single cutting without a breakdown. 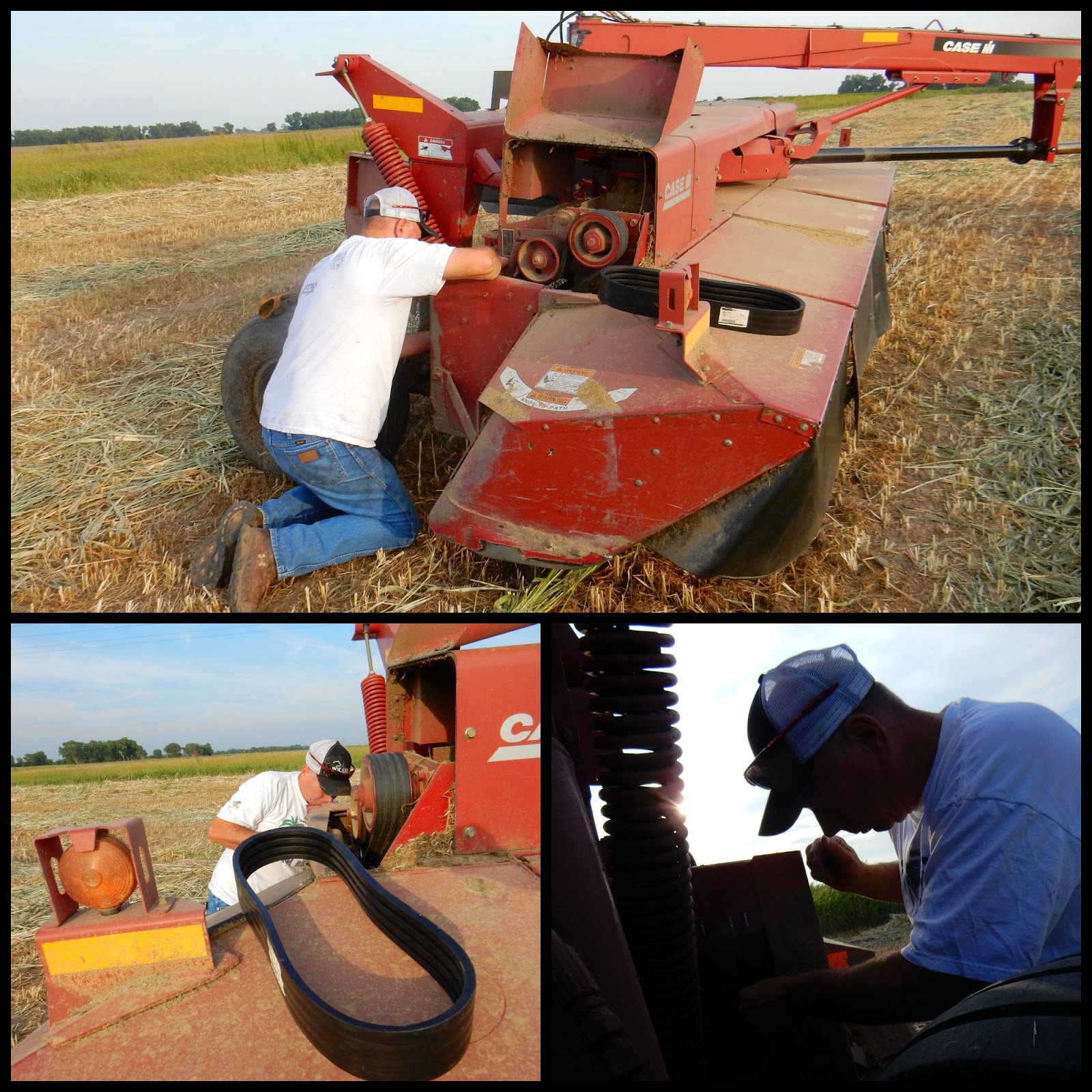 So, it was time to bite the bullet and buy a new swather and baler. We got $30,000 in trade-in value for the old equipment, but we still owed $70,000 for the new and improved versions.

The baler was delivered this spring. But someone at the machinery dealership hit the wrong button when he ordered our swather. And instead of a spring delivery, he had it set to be delivered in August.

August? Why would anyone in Central Kansas want a new swather as the season was winding down? Our salesman (who didn't make the initial mistake) has found us a swather in Minnesota. But they are still trying to figure out the logistics of getting it here. And, once it's in the dealership shop, there will still be some add-ons that Randy wants.

No one is happy - not the salesman and certainly not Randy. 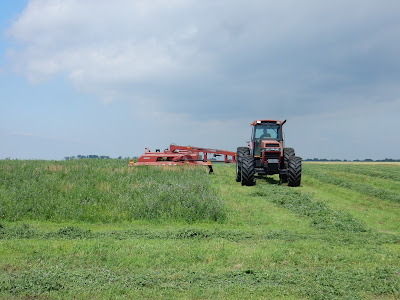 The guys made some repairs to the old swather (at the dealership's expense) so we could get the hay season started. 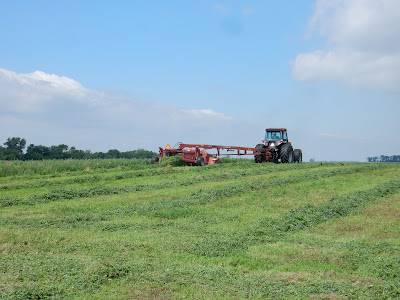 Fingers crossed that it holds together until the new swather arrives on the scene. How's that for a cliffhanger?