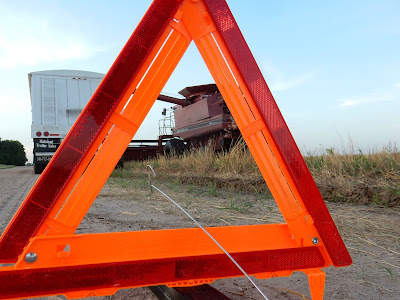 And I think we are finally off like a herd of turtles. Maybe I should say we're off like a mischief of mice. (That's what one online source calls a "herd" of mice. The mice or packrats definitely caused mischief in the combine wiring.)

But, actually, the guys got a good amount cut yesterday afternoon. Jake had the combine apart by the time Randy got back. Once I delivered the noon meal (which was closer to 1), it only took them 10 minutes to get everything back together. 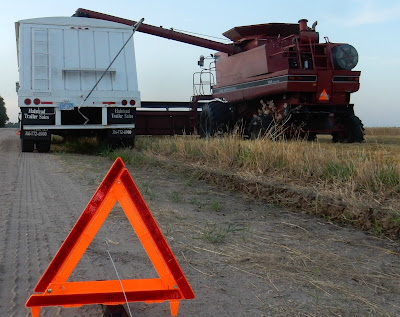 My eternal optimist says that we're 1/10th done with harvest. I guess that's one way to look at it. 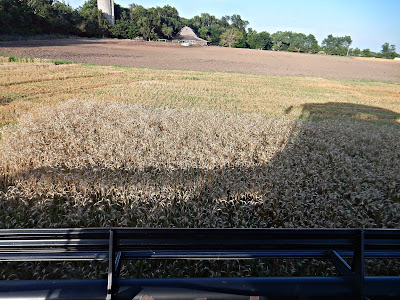 "Rain makes grain," as the guys at the coffee shop say. And while this crop is not going to be a bumper crop for us, the May rains definitely helped fill the wheat heads. After a dry fall, winter and early spring, the May rains were a God-send toward making respectable yields. 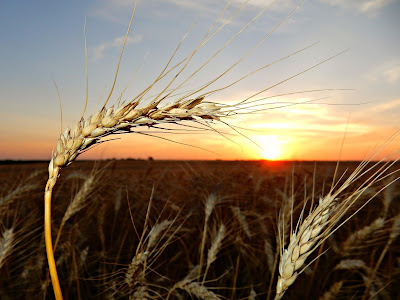 As we were waiting for the fields to dry out from last week's rains, it seemed like harvest was late. But, in reality, it's about average for the past few years: 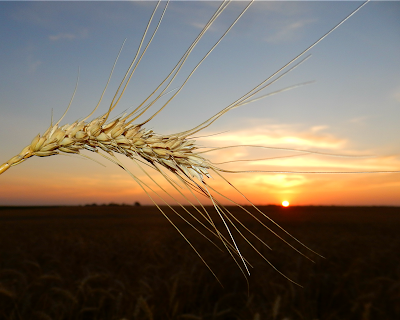 Here's hoping for a breakdown-free day today!
Posted by Kim at 7:31 AM