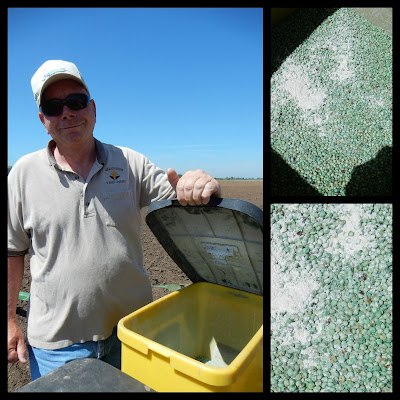 Randy was a false advertiser. He was wearing an old Kansas Wheat shirt, but that's not what he was planting.
Instead, he was planting silage. (For the record, he doesn't have a Kansas silage shirt.) After being sidelined with wet conditions for most of May, silage planting was on the agenda on June 6. 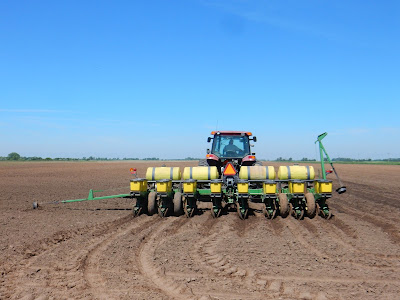 Just like the marker on the planter, we're attempting to carry on a straight course to get everything done before harvest. 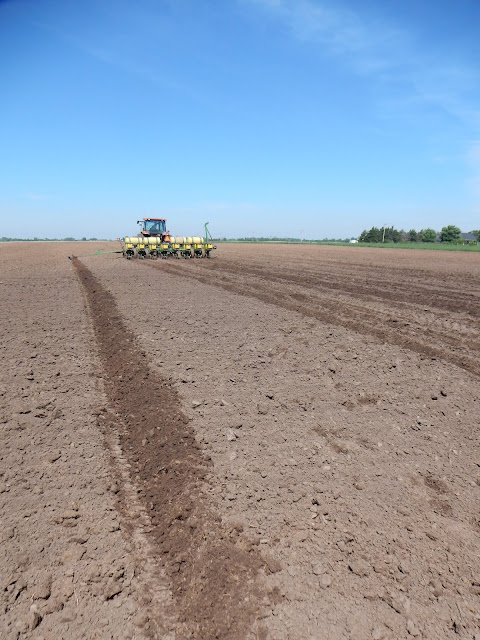 The fast-growing crop is now coming up, just a week later.
Randy planted 35 acres of silage, which we'll later have custom harvested for winter cattle feed. He planted the seeds in two different locations, but both are relatively close to the trench silo. That makes it easier (and cheaper) to have the feed hauled to the silo next September or October.