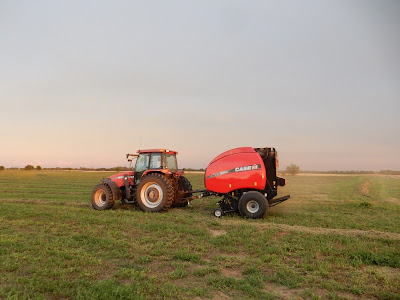 We're on a roll. Better late than never.

I'm at the end of my cliches, but we are just at the beginning of the 2015 hay season. Because of the wet May, we are later getting started than usual.

Late last week, Randy & Jake swathed hay at a few fields. (We are still waiting on the new swather, by the way.) We don't put down all the hay at once, since we don't want all the alfalfa to be ready to bale at the same time. 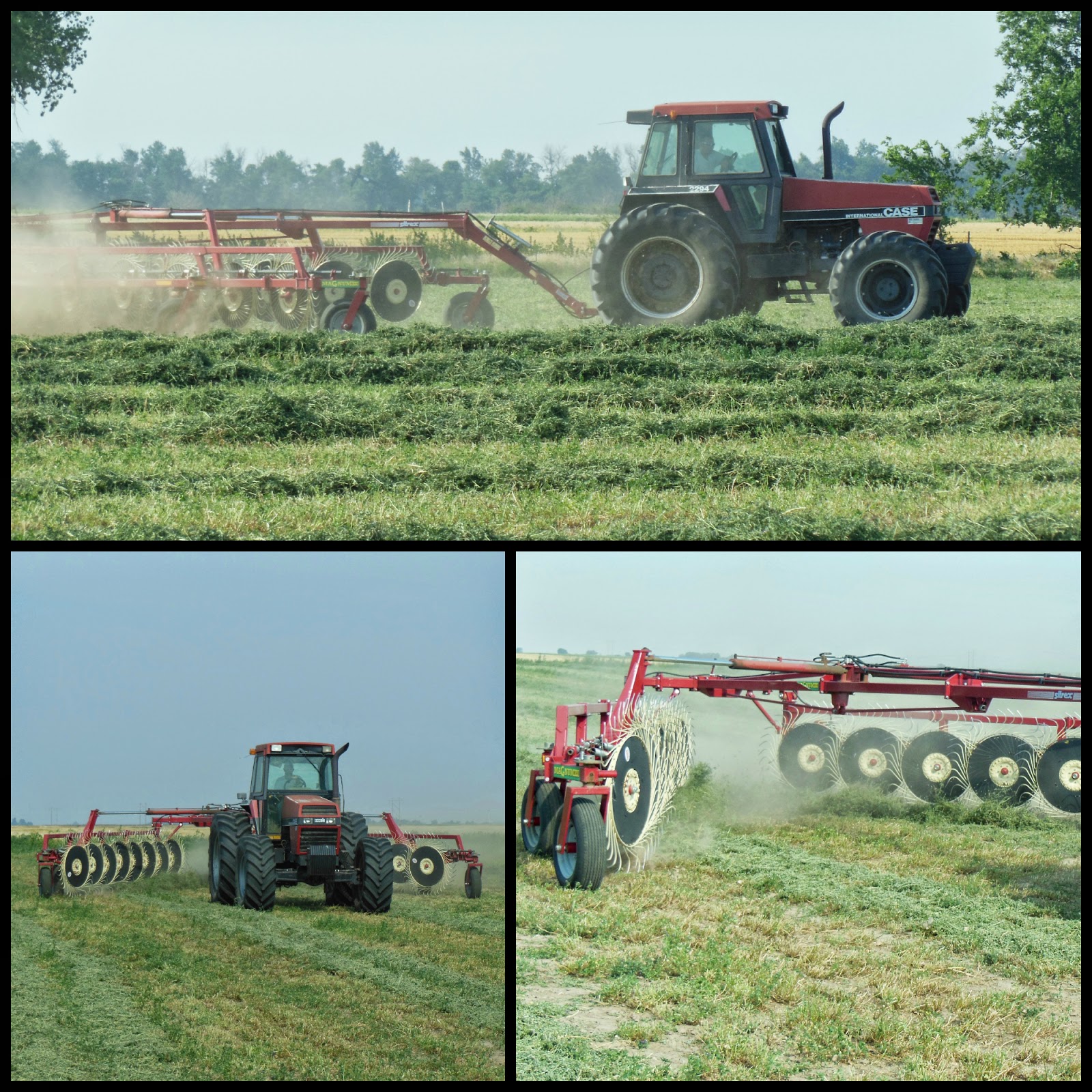 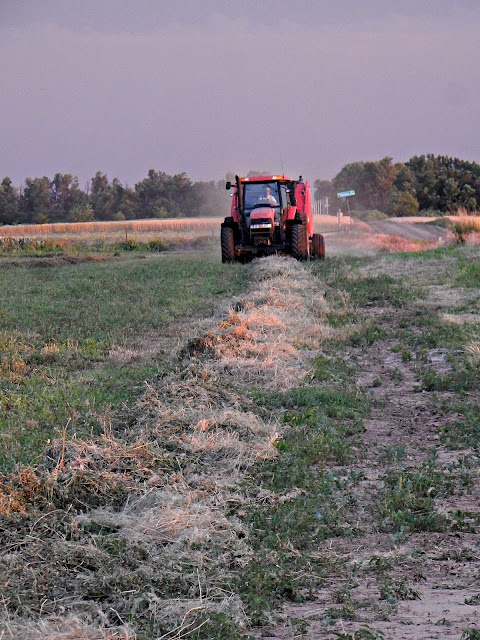 On Sunday evening, as the sun was setting, Randy baled the first round bales of 2015, giving him his first opportunity to use the new baler. 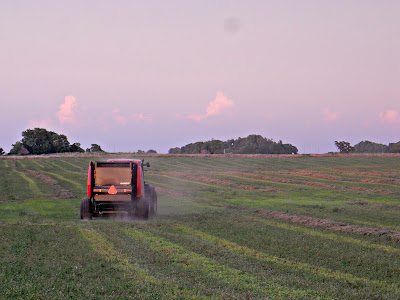 We were glad to avoid the rain and storms that others in Kansas got Sunday night. The setting sun bounced light off thunderheads to the east and the north.

A monitor inside the tractor cab lets Randy know when he has enough hay for a bale. Then, he stops the tractor and waits as the baler surrounds the bale with net wrap. 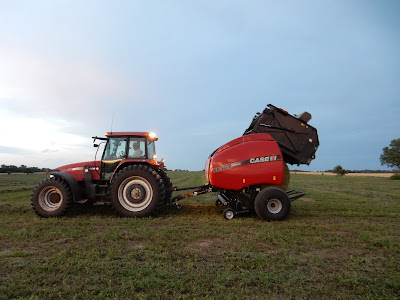 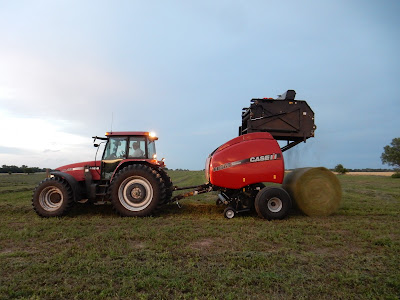 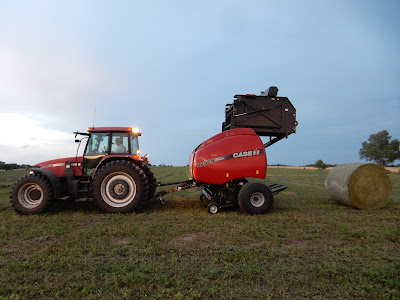 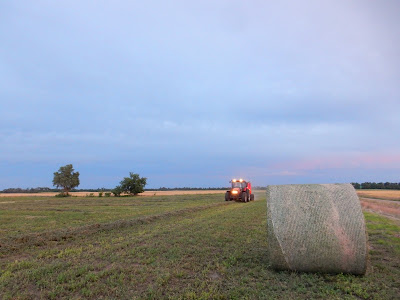 (I thought later I should have shot a video instead of still shots. Next time, I promise!) There will be plenty of other opportunities during the next few days and months.
Posted by Kim at 7:03 AM