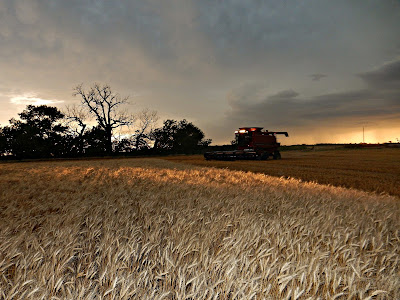 Nature's light show was last evening's after-supper entertainment. As lightning flashed against the dark blue sky like early 4th of July fireworks, we hoped it would stay north of us. 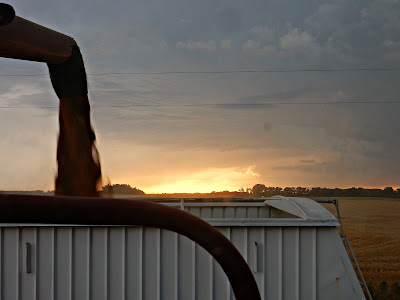 Instead, we got 0.35" of rain last night, with another 0.10" early this morning. That will keep us out of the harvest field for at least part of the day. But it is much less rain than some of our farm friends got in other locations across the state, some of whom got hail, too. We were happy to avoid that! 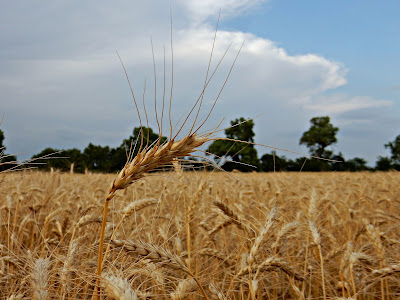 As the storm approached last night, it meant some pretty photos with the golden wheat silhouetted against a darkening sky. 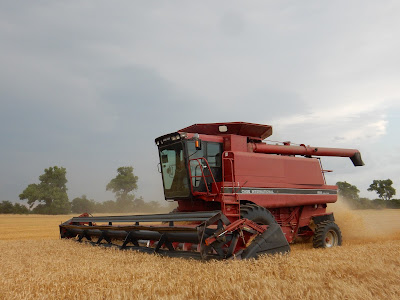 Farmers don't ever like to admit that we'd rather it not rain. But when there's still plenty of wheat to cut, we would have preferred for it to wait a few days. 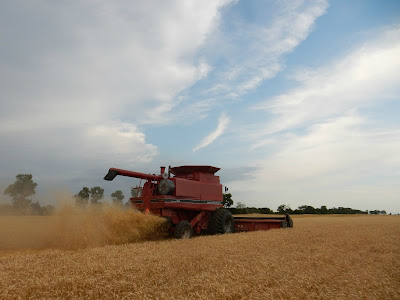 Still, the corn and silage will like the little sip of water, and our summer pastures can also use a little refreshment. Sometimes, you just have to find the silver lining.
Posted by Kim at 7:58 AM