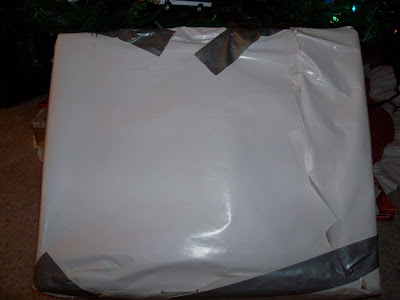 You know your baby is an adult when he insists he'll take care of his own grab bag gift for the extended family Christmas.

This year, instead of buying a gift for a specific person at the Moore family Christmas, we brought a grab bag gift.

I offered to buy Brent's for him. But he said he could handle it.

I offered to wrap it for him.

He said he could handle it.

You know all the sayings:
Well, we now have a variation on those proverbs.
Or maybe you should judge a gift by its wrapping - in a way the proverb writer never intended. 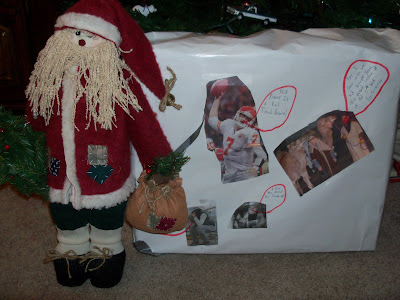 Even if no one saw him come through the door at Grandma's and Grandpa's, they would have known it was his contribution to the day.

He used wrapping paper. But he used the non-snowman side.

He used tape. But it was duct tape.

He then went through newspapers and made his own decorations. 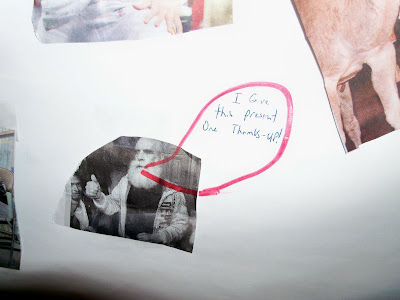 (I give this present one thumb's up!) 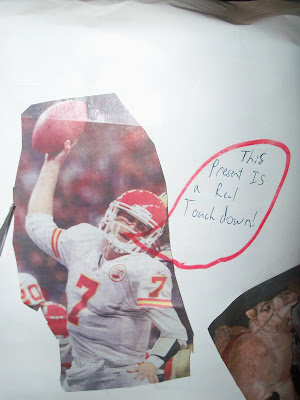 (This present is a real touchdown!) 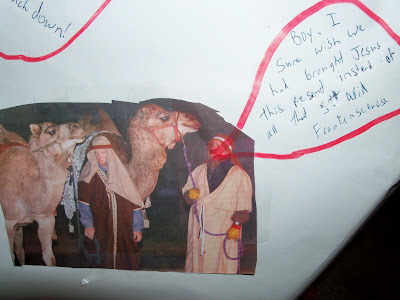 (Boy, I sure wish we would have brought Jesus this gift instead of all that stupid frankincense.)
It sat amid the beautifully wrapped gifts brought by all the siblings and the cousins. Before it even started, Brent looked confident in his gift choice. 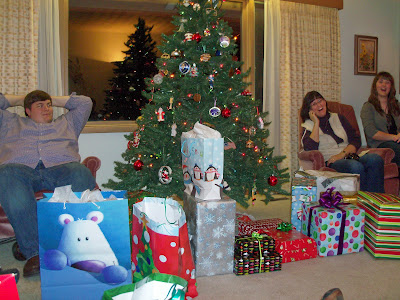 And it turned out that his gift won the prize for the most "stolen" gift of the night. As you might imagine in a room filled with purple-blooded people, there were a multitude of K-State-themed gifts, especially since the grab bag was supposed to be unisex.

But Brent's framed and matted and autographed photo of Jacob Pullen's Sports Illustrated cover was the hit of the grab bag party. 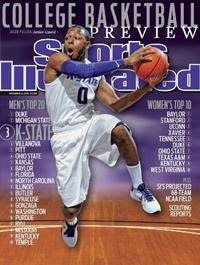 (Sorry I didn't get a photo of the actual gift.)
Even though, as Brent intoned, the gift was worth more "a couple of days ago."

But even with Mr. Pullen's problems with the NCAA, Brent's gift was a winner.

I wish I'd gotten a photo of the proud new owner of the Jacob Pullen cover. Brent's cousin, Brian, who was among the last people to choose gifts, got to walk out the door with Jacob.

And it turns out after multiple passes around the room that Brent's present illustration turned out to be the most prophetic: 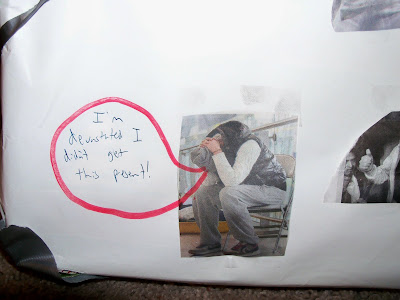 (I'm devastated I didn't get this present!)