Little Blue Box? Or Not? 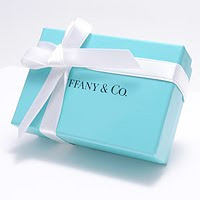 What says love like a beautiful robin's egg blue-colored box? That's what Tiffany & Co. would have us believe, right?

But you don't have to have a ritzy 5th Avenue address to advertise that love comes in small packages. Lower rent jewelers also want us to believe that you can wrap up love and good will in a tiny box. The television ads promise "Every Kiss Begins with Kay's" or proclaim, "He went to Jared's!" In this make-believe world, a perfectly manicured wife opens up a little box while her proud and meticulously-dressed beloved stands beaming, ready to get that promised kiss under the mistletoe.

But for Kansas farm wives, the "box" may not be tucked under the tree, and it may not be so little. It might be metal, all right, but there's not too much that's shiny (unless the camera flash catches it in just the right light).

It may even be in a barn. After all, the best Christmas story of all time took place in a barn.

Last week, my farmer came home and told me he'd bought my Christmas present. It was a new calving pen for the barn. 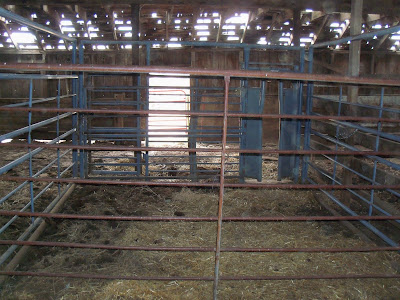 Believe me, my heart swelled. (I just won't say what it swelled with ...)

He bought it from a neighbor who has retired from calving duties. Randy and Jake went to the neighbor's barn, dismantled it and installed it in our barn last week.

It came complete with a story about another farmer and his wife. He threw in the story for free.

This long-ago farmer was a big guy, and he married a petite lady who weighed about 90 pounds, soaking wet. (Obviously, no resemblance to this author!)

Anyway, the farmer's wife did all the milking. When she broke her leg, the farmer shared with another friend about what a good husband he was. He proclaimed: "I carried her all the way to the barn so she could milk the cows."

Wow, what a prince, right?

Maybe you were like me and were initially thinking that the calving pen might have been a gift more suited to Randy. That's OK. I thought it, too.

But then I got to thinking: Maybe this big metal box does say love. I remembered last February when Randy was at a meeting, and we had a heifer in trouble. My attempts to get the vet on the phone went unanswered.

Jake, a helpful neighbor and I finally got the calf delivered. But a nice calving pen, complete with head gate, would sure have made it easier. 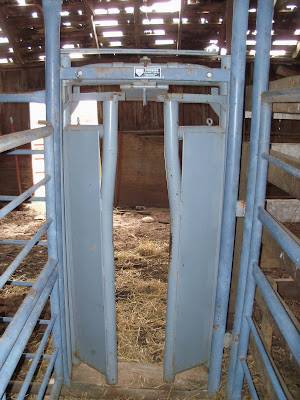 A pen with lots of different gates and openings would make it safer for the people and the animals. 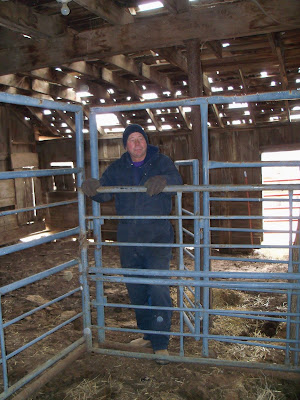 A breakaway gate would make it easier to coax reluctant first-time moms in the fine art of nursing babies. 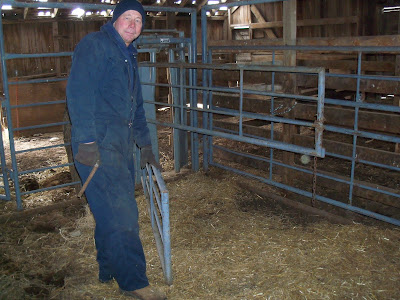 So, even though I may have originally thought this gift was more about my farmer than me, maybe he really was thinking of me ... at least a little bit.

And I know someone else who's happy. After they got it installed, Jake proclaimed he was looking forward to using it.

What a guy my farmer is! It's a Christmas bonus for his employees - the paid one and the unpaid one.
Posted by Kim at 7:00 AM