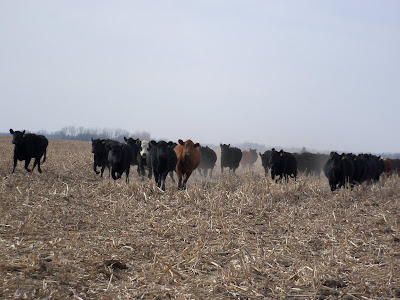 Do you remember the old movies where the farm wife stepped out to her porch and ran the dinner bell? The apron-clad mom would signal her family and the hungry fieldhands to the house for a splendidly-prepared meal.

We had our own version of the dinner bell with our latest cattle moving endeavor.

I "called" the girls to the pickup with a several bleats from the pickup horn, which signaled there was some hay available for an early afternoon buffet. 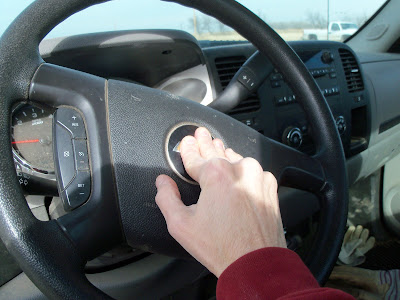 They responded at a dead run, with only a little coaxing from the guys on 4-wheelers. 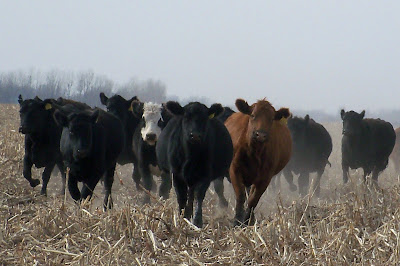 I'm sure it was my superb cadence on the horn that made all the difference.

This time, we weren't taking them on any roads. We were moving them from one field of milo stalks to another.

Randy thought they might be tempted by a wheat field they would have to cross. 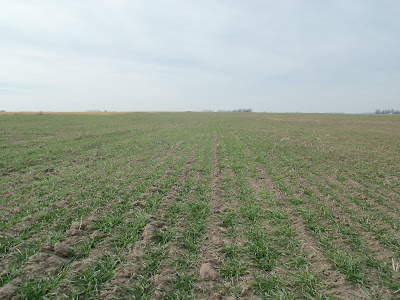 But they really didn't stop to dine. In fact, I had to hit the gas on the pickup to get in front of the thundering herd. 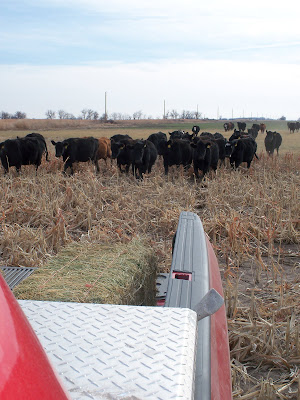 Then they got to the milo stalks, and they weren't that interested in the hay anymore. Evidently they have the attention span of toddlers. 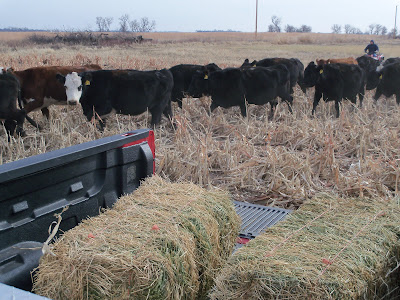 Even with all the good eating available in the milo stalks, they ended up on volunteer wheat. It looked pretty paltry, compared to the vivid green they'd just run through. 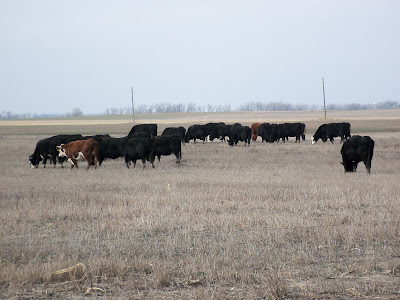 Nobody ever said there was logic involved in cattle moving, did they?

But, Randy and Jake got the fence insulators back in place, and the mission was accomplished. 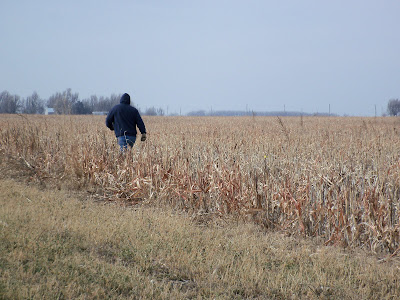