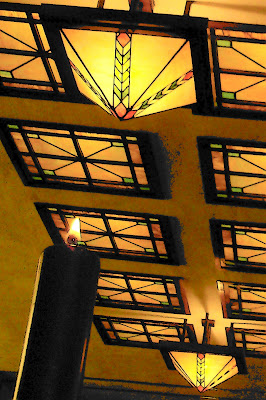 For many of us, sadly, the spirit of Christmas is "hurry." And yet, eventually, the hour comes when the rushing ends and the race against the calendar mercifully comes to a close. It is only now perhaps that we truly recognize the spirit of Christmas. It is not a matter of days or weeks, but of centuries - twenty of them now since that holy night in Bethlehem. Regarded in this manner, the pre-Christmas rush may do us greater service than we realize. With all its temporal confusion, it may just help us to see that by contrast, Christmas itself is eternal.

I still don't have everything done on my to-do list. And Christmas will come anyway.

Sometimes, I worship the to-do list instead of the season. Sad, but true, I'm afraid.

But the things that have most blessed me this holiday season don't have a thing to do with my to-do list.

I could have gotten more holiday goodies made if I'd stayed home last Sunday afternoon. But, instead, we went to a concert at the Great Bend First United Methodist Church. I heard beautiful Christmas music played by organist Brad Shirer and pianist Jenny Allford.

If I'd stayed home, I wouldn't have heard their collaboration on well-known songs of Christmas, like "O Holy Night!" and "Come, Thou Long Expected Jesus."

After the concert, Jenny admitted their program hasn't varied much in the past 15 years. But she says she came to a realization: While she was practicing, the words of those old, familiar songs danced through her head.

It was the same for the audience. And it truly was a Joy to the World moment - over and over again.

If I had stayed home and worked on my voluminous to-do list, I wouldn't have been blessed by the beautiful stained glass windows of their sanctuary ... 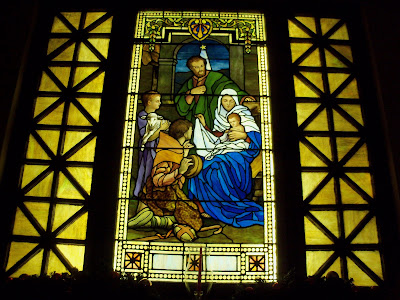 Or the glow of candlelight through jewel-tone glass ... 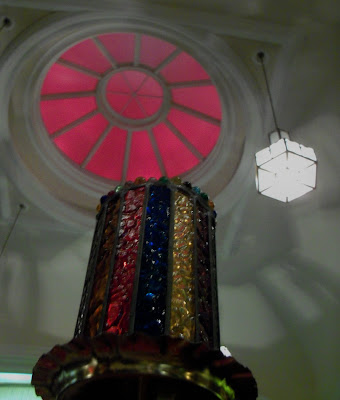 Or a sanctuary bathed in a rosy glow from a skylight and the twinkle of hundreds of lights. 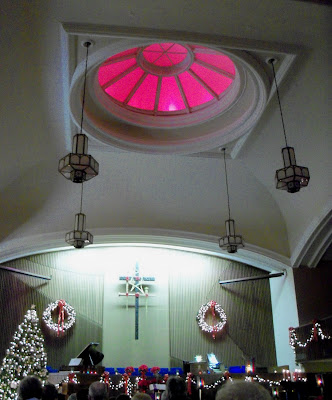 I wouldn't have heard one of my favorite Christmas hymns, "There's a Song in the Air." It's a carol from my childhood days at Byers United Methodist Church, but it often gets lost in the plethora of the more popular "Away in the Manger" and "Silent Night." I love those, too, but what a treat (and how appropriate) to hear:

There's a song in the air
There's a star in the sky
There's a mother's sweet prayer
And a baby's low cry
And the star reigns its fire while the beautiful sing
For the manger in Bethlehem
Cradles a King! 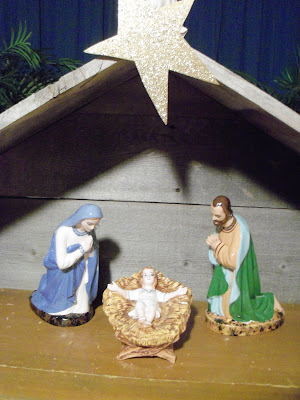 But then I would have missed the beauty of heavy frost in the crisp December air as we drove to Stafford for church ... 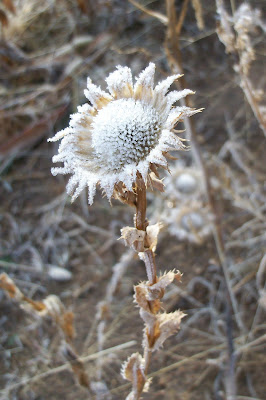 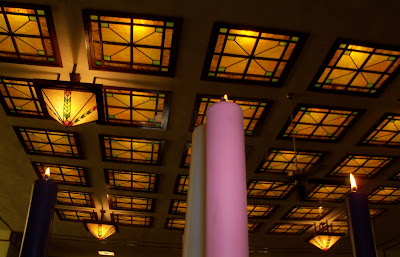 While I was writing this, I got an email from a friend. And it was another confirmation of what I know in my heart:

"When you worry and hurry through your day, it is like an unopened gift....Thrown away.... Life is not a race. Take it slower. Hear the music before the song is over."

Jill and Eric arrived last night. Brent got here Tuesday night. And I'm reminding myself that it's more important to "be" instead of "do." Play a game instead of making one more snack we don't need. Sit and talk instead of worrying about whether there are bows on the presents. The kids didn't pack their white gloves, so if the dusting didn't get done, nobody will notice anyway.

Hear the music of life. That's my prayer for you today, too!
Posted by Kim at 7:00 AM