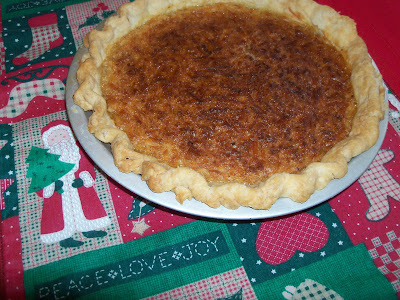 Easy as pie? Really? Did the genius who first coined the phrase ever make a pie?

A piece of cake? Well, unless I'm making a three-layer frosted monstrosity, I'd have to say cake is easier.

But easy as pie? I beg to differ.

With Christmas just a few days away, it's pie baking time across America once again. And, if you're going to go to the trouble of making a pie, I say, make it a good one.

My Grandma Leonard's Pumpkin Pie is the best pumpkin pie I've ever had. Randy's sister, who grew up on a different pumpkin pie, is one of my converts, so it must be true.

My pie baking skills have improved with age. Both my grandmas made good pies. I didn't get that interested in making them until Jill was in 4-H cooking. There's nothing like 4-H cooking to teach parents a thing or two.

The Coconut Pie is one that my Mom always made at Thanksgiving. We use the same recipe for Coconut or Pecan Pies. The coconut version seems to be a bit more unusual. I've never seen anyone else bring this kind of Coconut Pie to a gathering, though the Fritzemeier clan is known for Coconut Cream Pie. (I still haven't mastered that art: Randy would just contend I need to practice more.)

If pie baking is on your agenda this week, here are a couple of tried-and-true recipes. And, if you need a review on making crust, check out the link to my sister's recipe for Never Fail Pie Crust, complete with step-by-step photos. 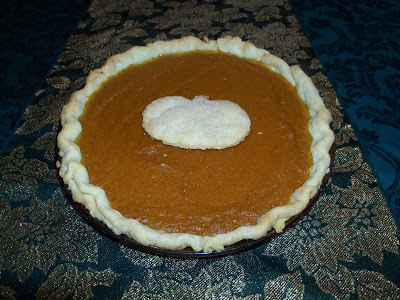 Combine pumpkin, butter, brown sugar, spices and a dash of salt in a medium saucepan. Heat on stove, cooking and stirring for about 5 minutes. Remove from heat. Combine 2 eggs and evaporated milk in a separate bowl, mixing until well blended. Add a dollop of the warm pumpkin mixture to the egg mixture and mix well. Add the egg mixture to the rest of the pumpkin. Mix well.

Pour pumpkin pie mix into a prepared pie shell. Cover crimped crusts with pie shields to avoid overbrowning. Bake at 400 degrees for about 50 minutes or when a knife inserted in the center comes out clean.

If desired, roll out leftover pie dough and use a cookie cutter to make an appropriate shape (pumpkin or turkey for Thanksgiving or a bell, star or tree for Christmas, etc.) Sprinkle with cinnamon-sugar mixture and bake until lightly golden brown. Cool. Use to decorate the top of the pie, just before serving. 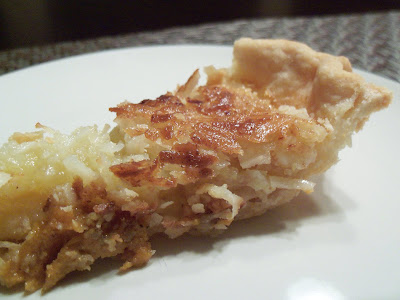 Sprinkle coconut into the bottom of the pie shell. Beat eggs. Add all other ingredients, blending well. Pour over coconut (or nuts). Cover crimped crusts with pie shields to avoid overbrowning. Bake at 350 degrees for about 50 minutes. (If I think it's getting too brown on the top, I may shield the whole pie with aluminum foil until the center appears fairly set.)
Posted by Kim at 7:45 AM