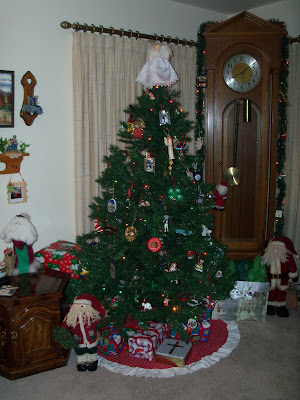 Nestled there in the bubble wrap were years of memories. And I didn't even have to have a series of nightmares like poor Ebenezer Scrooge to unwrap them.

Once I got the six tubs of Christmas decorations toted upstairs, it was like Christmas came early as I opened the ornament boxes and hung each one on the tree for another year.

I know the household organization gurus all say you don't need "things" to have the memories. And while I agree, it's kind of like visual "Post It" notes, a way to jog memories from a lifetime.

That's why my Christmas tree is not like the designer trees on HGTV this time of year ... no matching balls, no coordinated ornaments, no color theme.

Instead, it's filled with a haphazard jumble of memories.

This is the oldest ornament on the tree. My Grandma Leonard made them for each of us, and they used to hang on our tree at home. 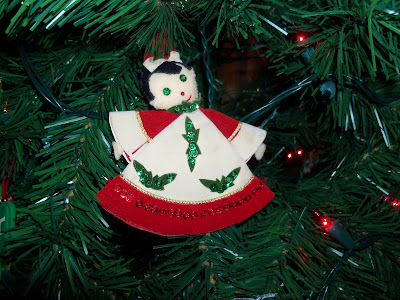 When she died, each of us chose one of these bejeweled balls that she made. I inherited her lefthandedness, but I certainly didn't inherit the craft gene. 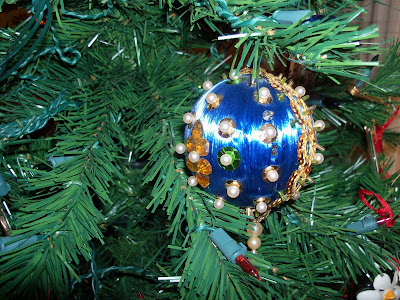 My parents began a tradition when their grandchildren were born. Until the kids graduated from high school, they received a new ornament to hang on the tree each year.

After Christmas two years ago, I packed Jill's ornaments up in a plastic tub and later packed them in a trailer for her move to Omaha. It was my parents' intention for the grandkids to have a start on their own holiday trees and traditions.

Last year, as I unwrapped the ornaments, I kind of grieved that I was no longer seeing Jill's ornaments. I know they were hers, but they were such a central part of our tree, too. I missed the ornaments that were hers - the girl talking on the phone and the girl with the shopping bags and all the others.

When I pulled Brent's K-State football player from the plastic wrap again this year, it took me a minute to remember that the K-State cheerleader now lives in Omaha. 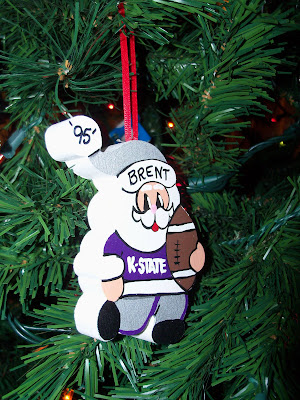 Someday, Brent's Teenage Mutant Ninja shell and his golfing Santa and Santa's pickup truck and the Crayola crayon sled and all the others will all be decorating a different tree. 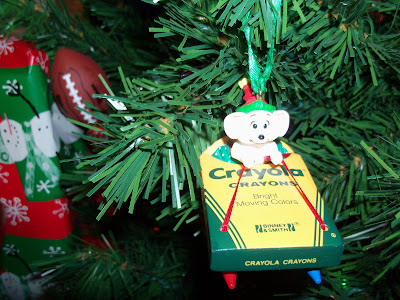 But for now, until he's ready, they still find a place on the County Line.

It's not as though my tree will be bare. I have collected my fair share of ornaments over the years, too.

Some of my favorites are the photo ornaments, the ones that reveal the stages of Jill and Brent's lives as surely as the height marker in the dining room. 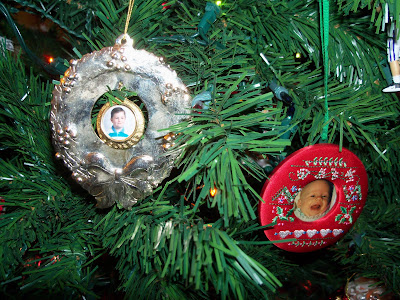 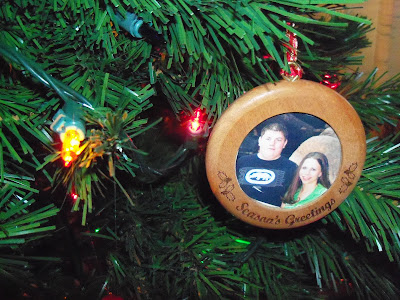 When we go on vacation, we always bring home an ornament to hang on the tree. There's a new one from our visit to Mount Rushmore this year, along with a memory from our 26th wedding anniversary trip to San Francisco. 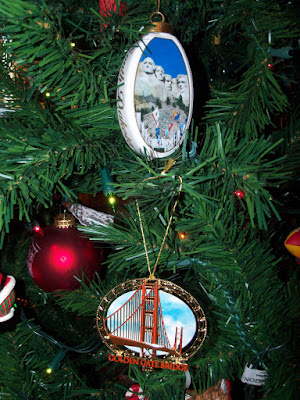 And there are reminders all around of my mother-in-law. From the Santa who guards the fireplace ... 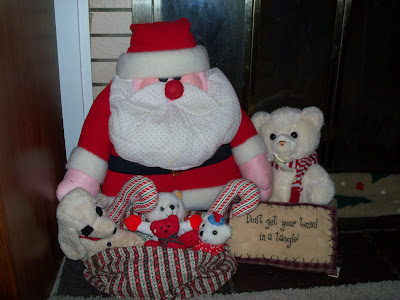 to the ceramic nativity scene on the dining room buffet ... 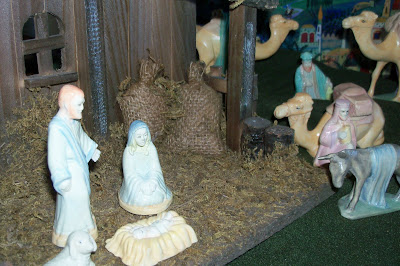 to angels on the Christmas tree ... 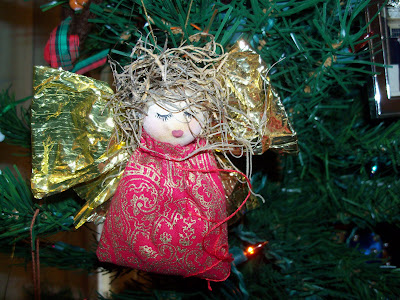 to the Santas that decorate the tabletops ... 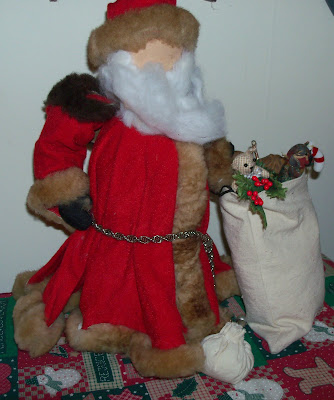 to the stockings she made with the kids ... 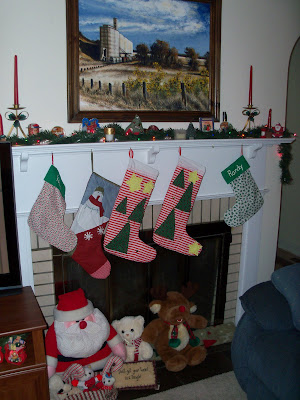 her love of crafts and sharing them is reflected in pretty much every corner.

No, I don't need the "stuff" to remember. But I do appreciate finding memories in the twinkling lights around every corner this time of year.
Posted by Kim at 7:45 AM