I know a spot that I love full well
'Tis not in forest, nor yet in dell,
Ever it holds me in magic spell.
I think of thee alma mater. 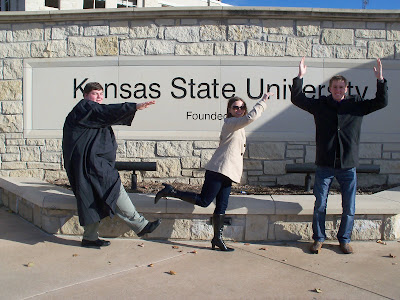 K-S-U! Long, long may thy colors fly.
Loyal to thee
Thy children shall swell the cry. 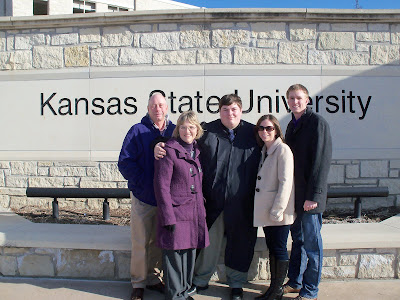 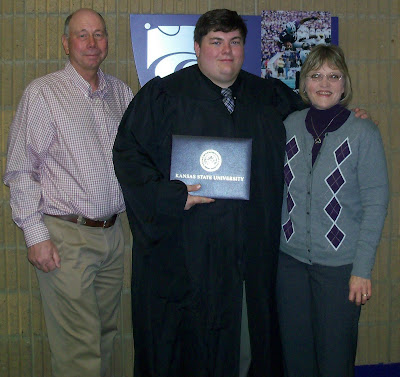 I wouldn't even venture a guess about how many times Brent has heard the K-State alma mater in his lifetime. He's been going to football games since he was a little boy. 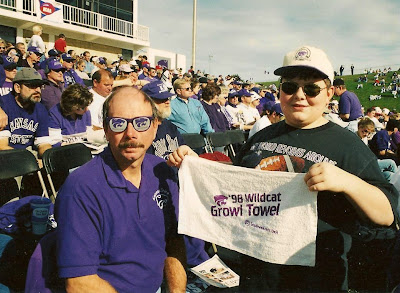 But now, when he sings it, K-State truly will be his alma mater, too.

He earned his bachelor's degree in journalism and mass communications (and a minor in business) from K-State on Saturday. 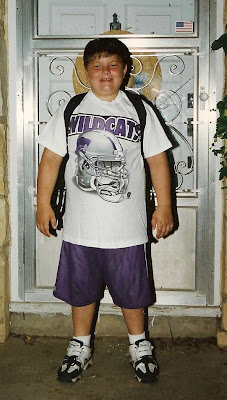 This was a photo from a long ago first day of school. As you can see, Brent's attire prominently featured his beloved K-State football team. I think it was the same year that a para at Stafford asked Brent if he had any clothes that DIDN'T feature K-State. The answer? Not many.

On Saturday, Brent continued a family tradition that started nearly 80 years ago. My Grandpa Neelly graduated from Kansas State College in 1933. (He started school at K-State in 1926 and began playing football, but he had to take a few years off in between to return to the farm to make enough money to finish).

My parents attended K-State and were there on Saturday to see their fourth grandchild graduate. 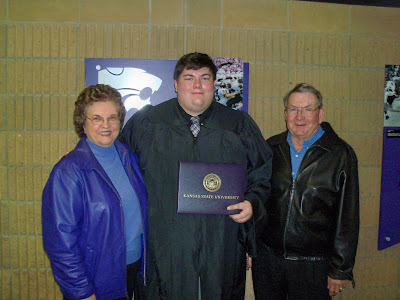 Two more of my parents' grandchildren are current K-State students. It remains to be seen whether the last grandchild (a high school sophomore) and the first great-grandchild will follow in the family footsteps.

I'd say the chances are good. There is more than a little purple in their blood.

As I sat at Bramlage Coliseum and waited for the graduation ceremony to begin, I couldn't help but think of tradition.

The younger generation of K-Staters has switched their mortar board tassels from right to left in Bramlage, though Bramlage wasn't there when most of us were K-State students.

But for Brent's big day, it was particularly significant to have this transition occur at Bramlage. He spends a lot of time there. As a student intern with K-State Sports Information, he's probably spent more time in Bramlage than he has in the classroom.

But, in truth, the K-State Sports Information job has been the biggest classroom of all. He got to be on the front lines when ESPN's College Game Day came to town (a thrill for a guy who lives and breaths college sports.) 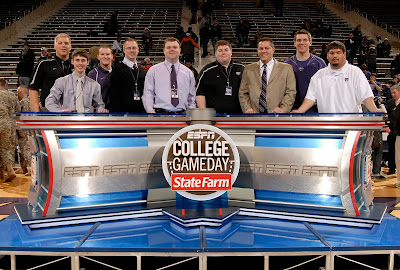 He had a birds'-eye view from the press box during K-State football games the past two years (and got to see him childhood hero, Bill Snyder, return to the stadium that bears his name). 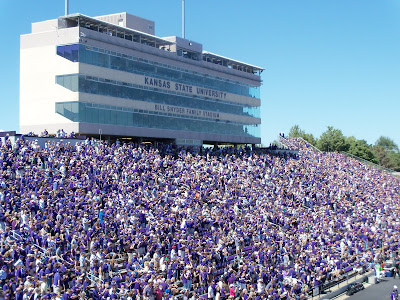 He had a front-row seat as Frank Martin and his K-State men's basketball team made a Sweet 16 comeback last year. 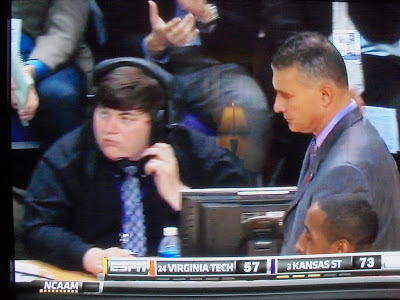 He has discovered that he wants to make collegiate sports his career. In January, he'll start work toward a master's degree in sports administration.

So, for this Mom, it seemed appropriate that Bramlage was the backdrop for Brent's graduation on Saturday. Though the strains of K-State's alma mater made me a little teary-eyed this time around as I faced yet another change as a Mom, I was thankful: Thankful for tradition and thankful for family.