It was 33 years ago today that we walked down the aisle of the Pratt United Methodist Church and started a life together. We had no idea what we were getting into. I was 23. Randy was 25. 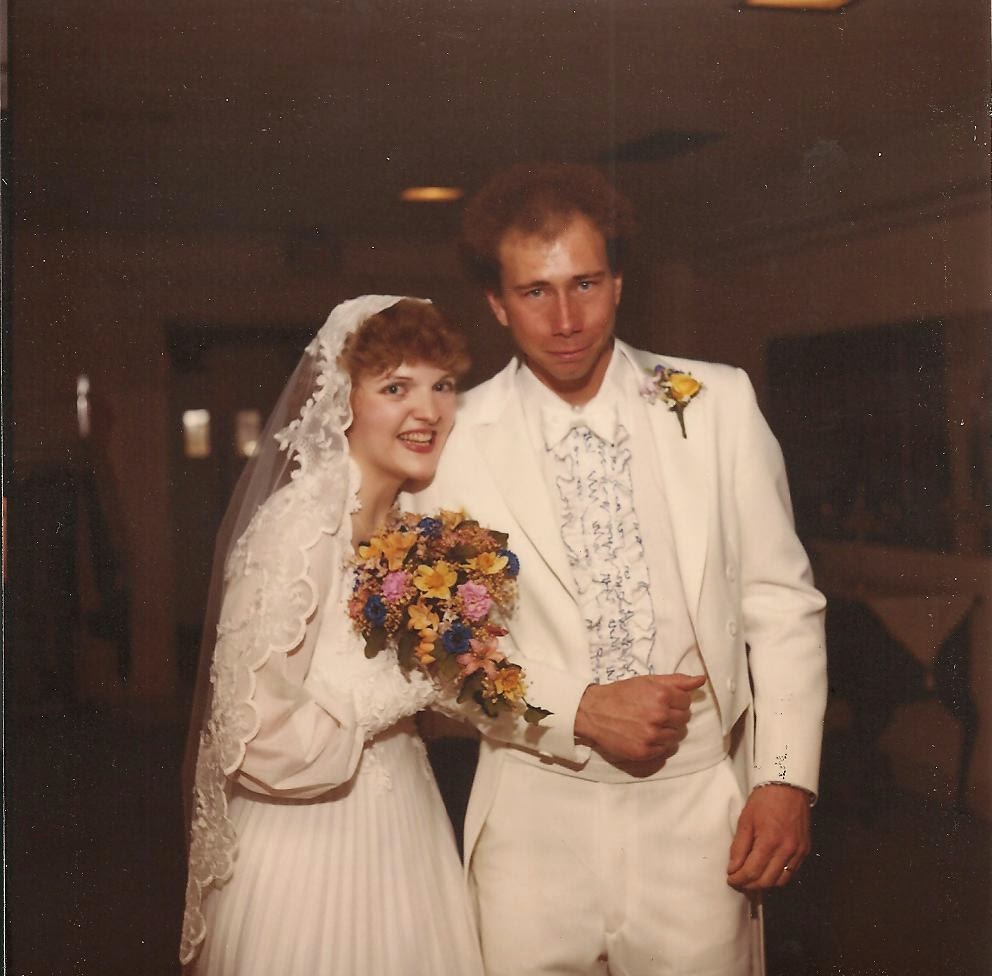 His Farm House buddies put milo into the vents of his old car. Thankfully, we were only driving it to my parents' house, where we picked up my car for our honeymoon trip to Colorado. I don't suppose they realized that the milo had Randy coughing and sneezing for hours, long after the 15-minute trip to the farm. 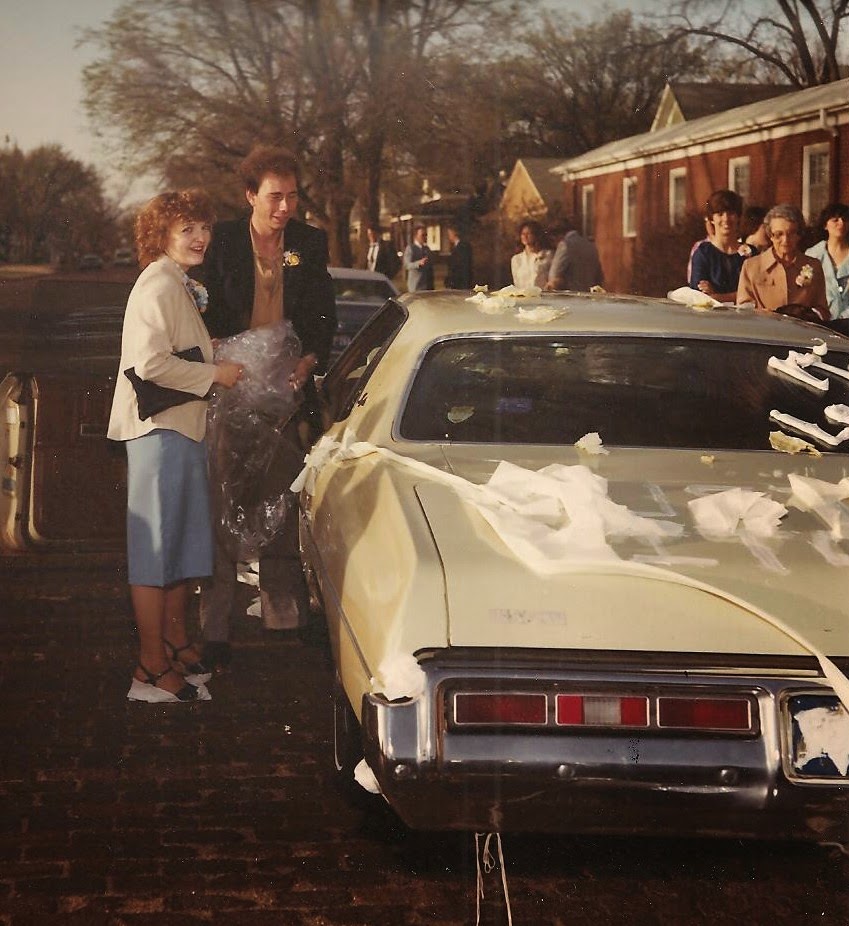 I tell Randy that he's lucky we survived the honeymoon. He took me skiing at Keystone. He had been skiing before. I had not. He was smart enough to know that he shouldn't try and teach me himself. I took lessons the first day. I was miserable. It was late in March, and despite the snow all around, it was fairly warm, especially when repeatedly picking myself up from yet another fall. I had on ski overalls, a ski jacket, a scarf and gloves. I had too many layers for as hard as I was working. The warmer temperatures made the slopes icy.  By lunchtime when we met, I was drenched in sweat and totally discouraged.

It was his first introduction to my aversion to things I'm bad at doing. I admit it: I hate being bad at things. It was true as a high school sophomore in Algebra. It was true 33 years ago on a ski slope in Colorado. It was true when I tried to learn golf. I know we can't be good at everything. But I'd sure like to be.

I did get a little bit better at skiing the next day and the day after that. As long as we stayed on the green slopes, I stayed upright ... most of the time.

To make the honeymoon even more challenging, I ended up with a horrible toothache one night. We had driven to Aspen for supper. By the time we got back to the condo at Keystone, I was ready to yank the tooth out myself. It was just the first of a long line of teeth problems. (I had my first root canal after we got back from the honeymoon.)

He should have examined my mouth for soundness prior to marrying me. (Yes, I know he does that to cows now, but he was wise enough not to comment about that while on the honeymoon. He did make a reference to calving during our first labor and delivery experience. For you newlywed farm men: That's probably not the best choice of words to a wife in labor. Just a little free advice for you!)

But, we made it through the honeymoon and through the myriad of ups and downs that 33 years of marriage brings. Life and death. Joy and pain. Success and failure. Hospitals for celebrations, for surgeries and for saying goodbye. 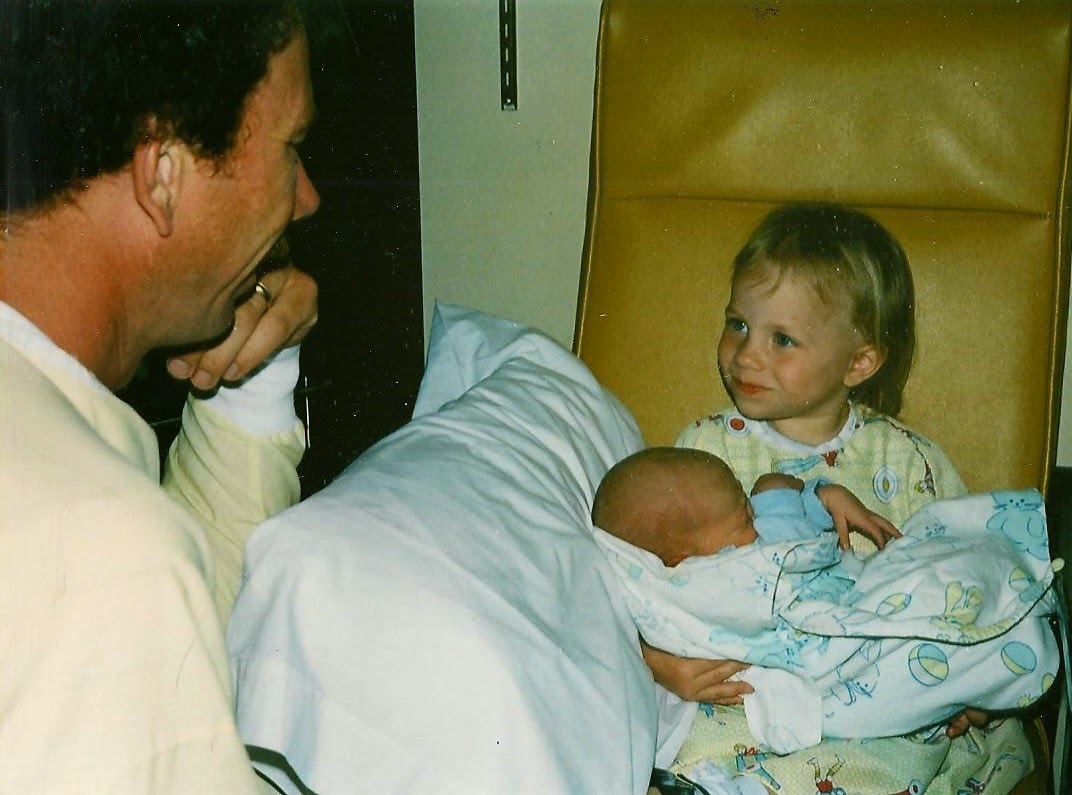 I couldn't have chosen a better father for my children. 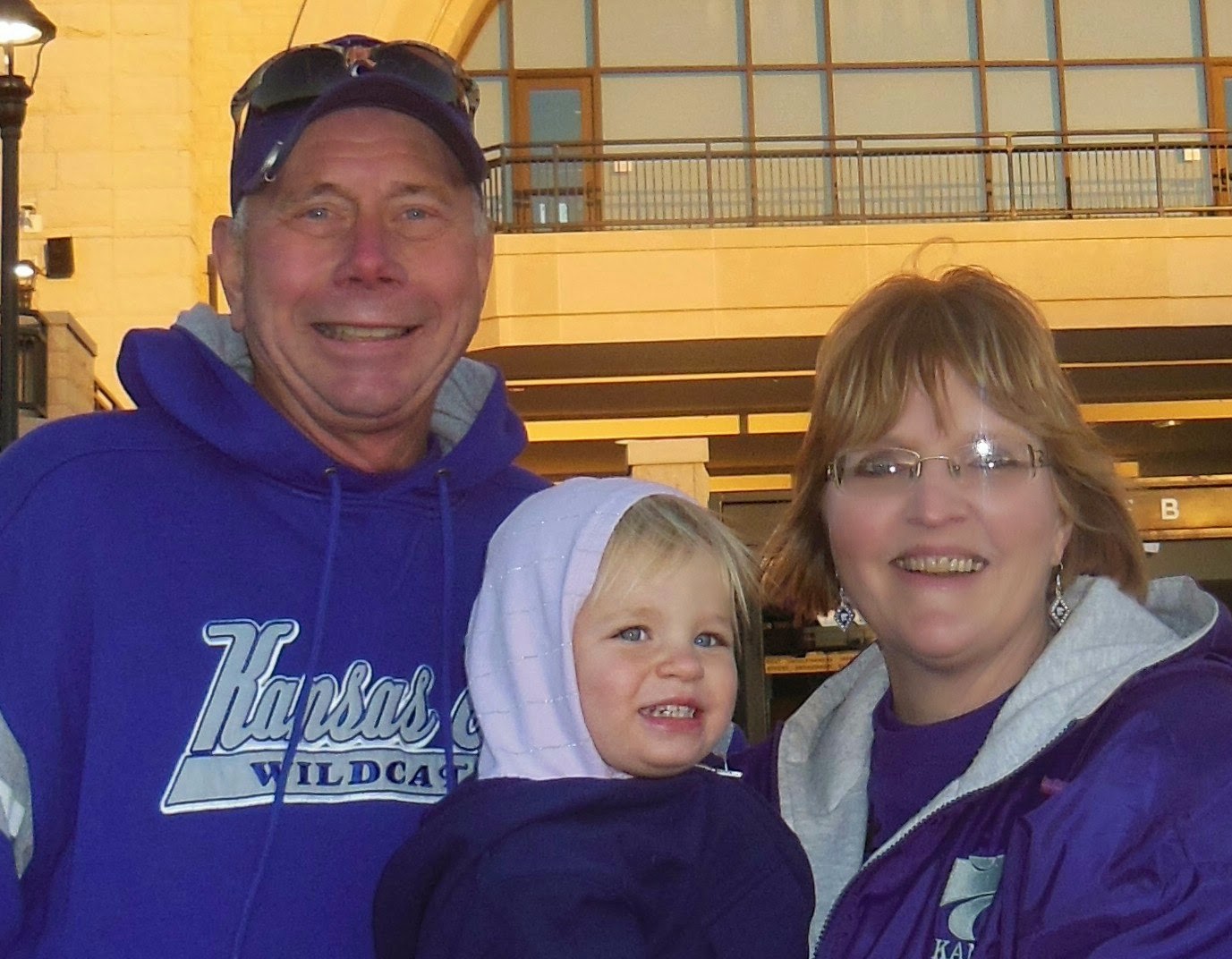 Kinley is breaking him in as a superb Grandpa. 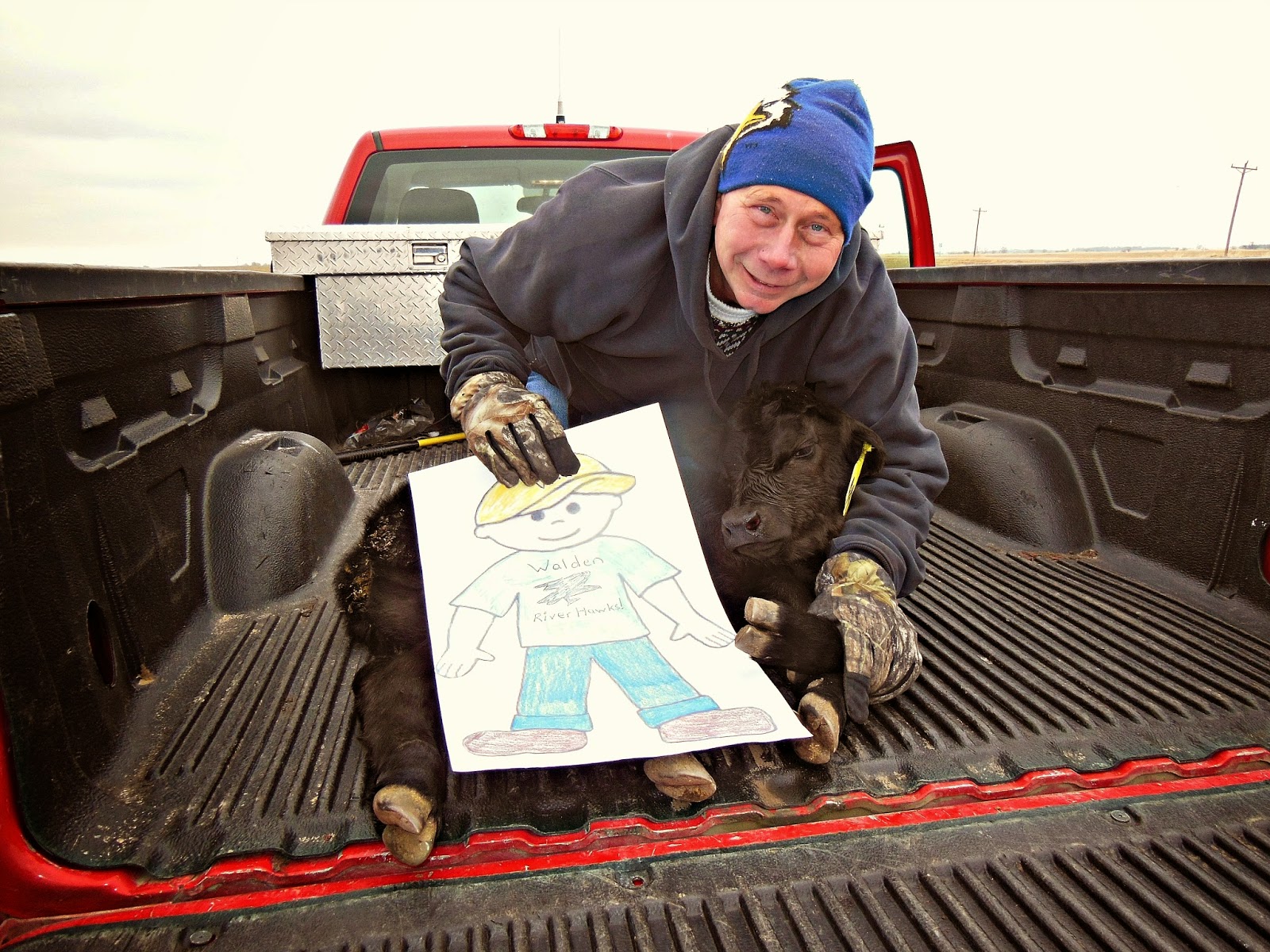 He's a good provider and an even better sport.

One thing we never thought about as young newlyweds was being named to the Class of 2013 Master Farmer Master Farm Homemaker by K-State Research and Extension and Kansas Farmer magazine. Farm couples have been chosen for this honor for their commitment to agriculture, family and the community since 1927. We were humbled to be chosen as one of six couples from across the state. Our family was there to help celebrate during the March 14 banquet in Manhattan.
My parents, Bob and Janis Moore, were part of the Class of 1989. We are fortunate we've had their example and that of Randy's folks, Melvin and Marie Fritzemeier, upon which to base our married, professional and community lives. 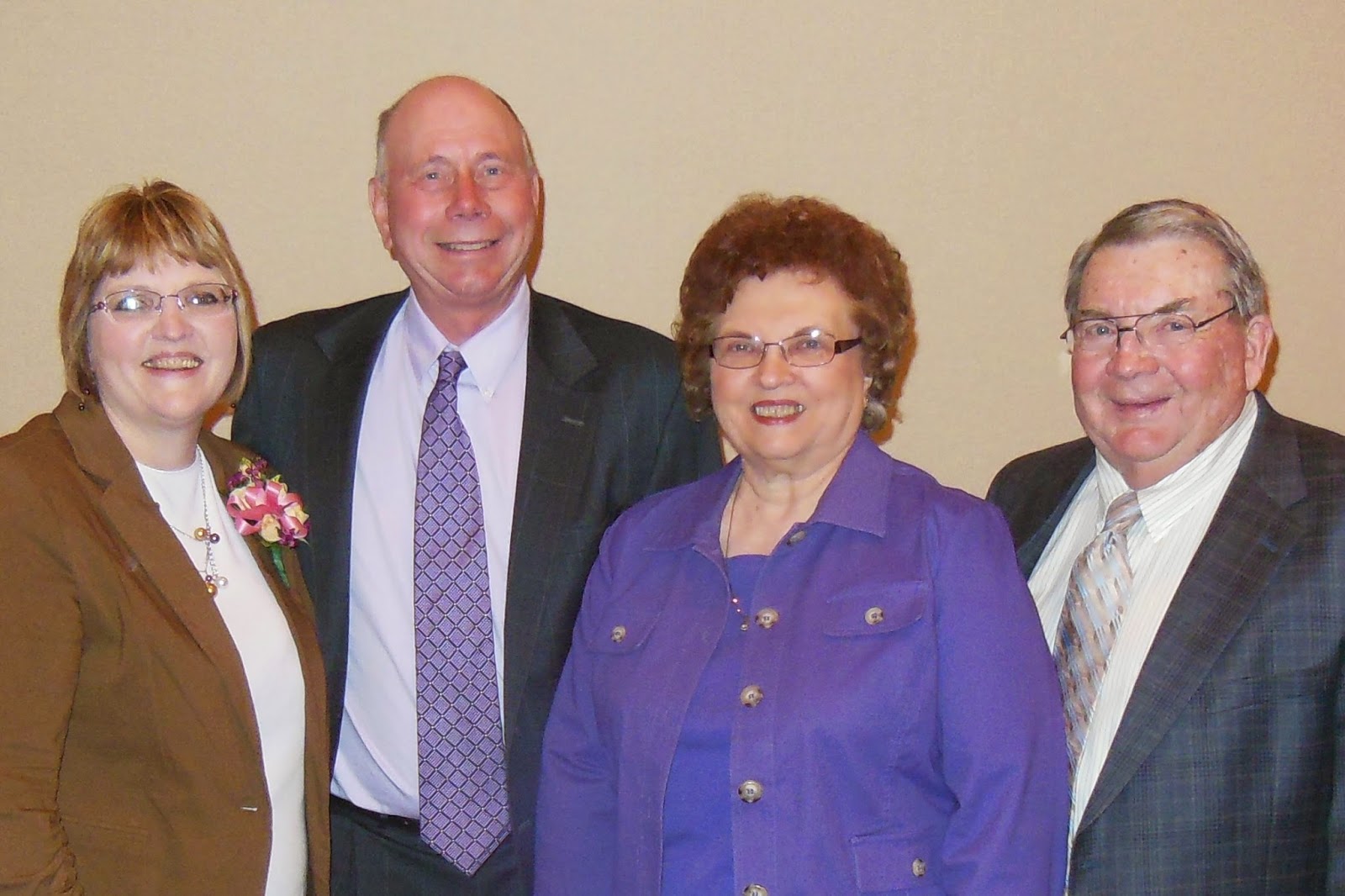 Yes, we've had our share of successes and some challenges, too.

But, I made one of the best decisions of my life 33 years ago, and I feel blessed beyond measure. Happy Anniversary, Randy!
Posted by Kim at 7:41 AM