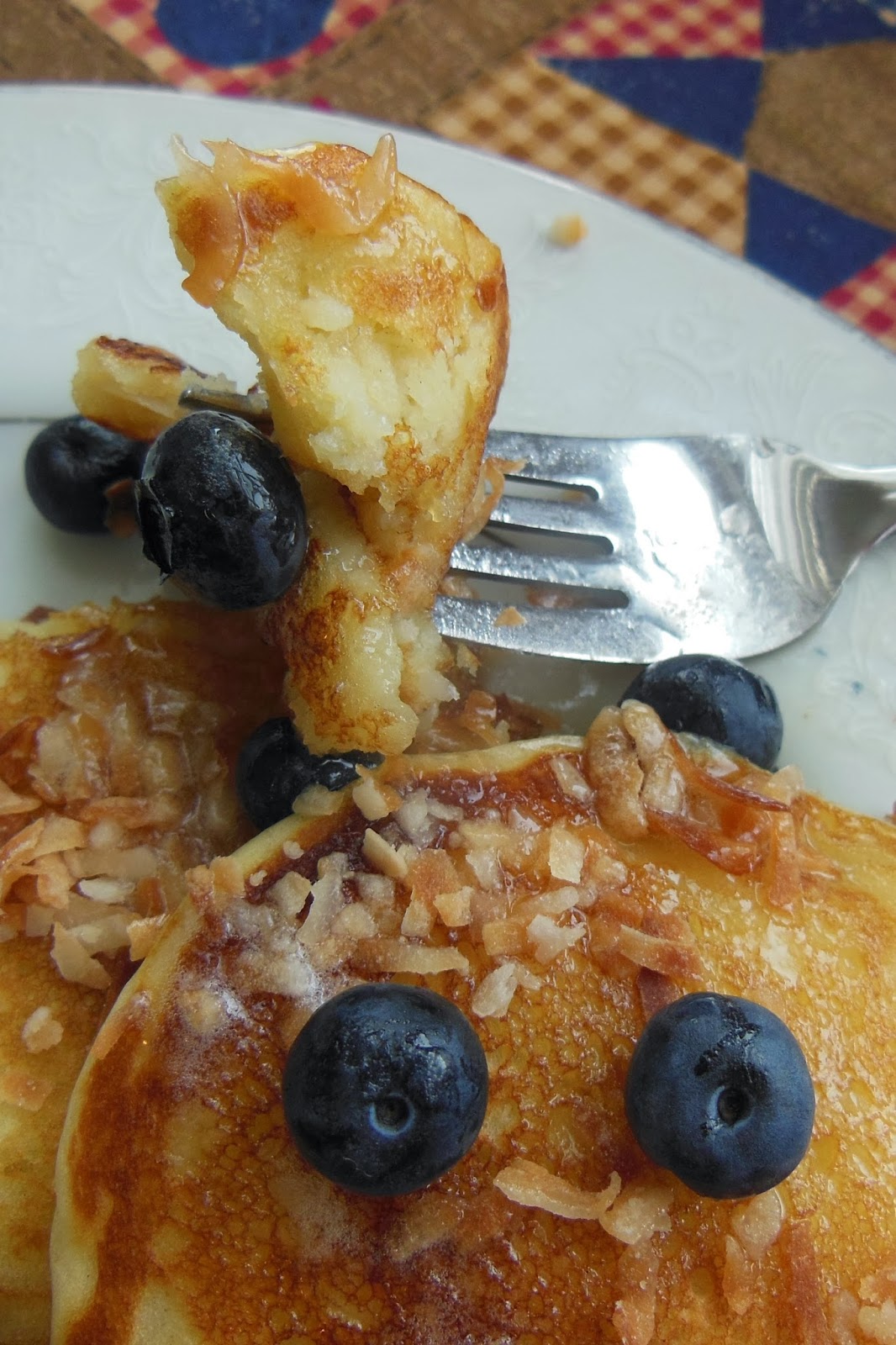 It's Pancake Day today in Liberal, Kansas, and Olney, England. So I thought I'd celebrate with them.

For the past 65 years, the women of the two communities have raced down the streets of their respective communities, flipping pancakes and running against the clock and each other. The race is always on Shrove Tuesday, the day before Ash Wednesday. It's the only race of its kind in the world.

Racers must still wear a head scarf and apron. Each runner must flip her pancake at the starting signal and again as she crosses the finish line to prove she still has her pancake after running the 415-yard course. The overall record stands at 36 wins for Liberal to Olney's 27. (Liberal has lost the past two years, so it's time for a Kansas victory, don't you think?) 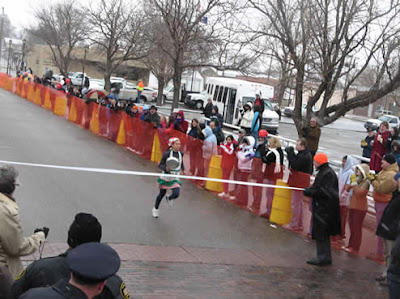 According to the book, America Celebrates! A Patchwork of Weird & Wonderful Holiday Lore, some superstitions have evolved among Liberal racers:
I flip for pancakes anytime, not just on International Pancake Day. So I decided to try out a new recipe for Coconut Pancakes and Coconut Syrup in honor of today's festivities, though I actually made the pancakes earlier to make sure they were blog worthy. They were.

I'm an advocate of breakfast-for-supper, so if you want to celebrate Shrove Tuesday in a way that's been a tradition since 1455, here's the recipe. And you don't even have to wear a head scarf or run a race to enjoy them!

Whether you make pancakes today or not, I'll leave you with the traditional blessing bestowed upon the winner - whether it be in Liberal or Olney:


The Peace of the Lord be always with you. 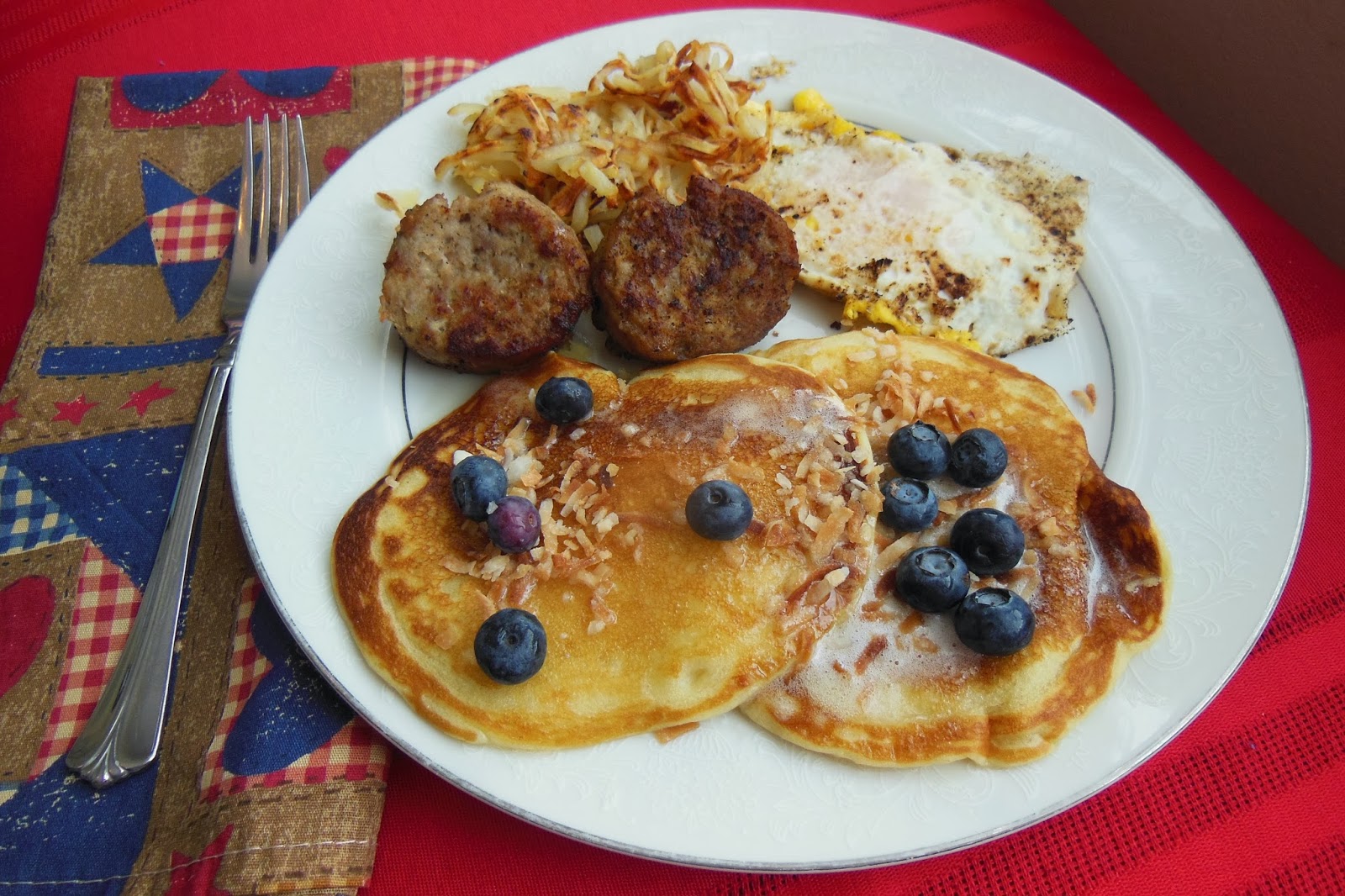 Lightly mix together all dry ingredients. Mix all wet ingredients. Add wet ingredients to dry and stir just until incorporated. Don't overmix. In a skillet or on a griddle over medium-hot heat, drop rounds of batter (about 1/4 cup). Let cook until bubbles begin to pop in center of the pancake, about 2 minutes. Flip pancake and cook for an additional minute or so until golden brown. Test cook surface and temperature, and adjust cook time accordingly.

Serve with Coconut Syrup (or traditional syrup). I had fresh blueberries in the fridge, so we also used some of them on top.  And I sprinkled with toasted coconut, mainly for the picture, but it was pretty tasty, too.

Place butter in a medium-sized saucepan, and melt over medium high heat. Add buttermilk and sugar. Stir together. Bring to a boil, stirring constantly, and let it boil 1 minute.

Remove from heat and add baking soda and coconut extract. The syrup will start to foam up and bubble. (That's why it's important to use a medium pan and not a small one.) Let it sit for about 5 minutes. It will thicken slightly as it cools. However, it is still foamy (just FYI!).

Need some other ideas for pancakes (or waffles)? Try these: 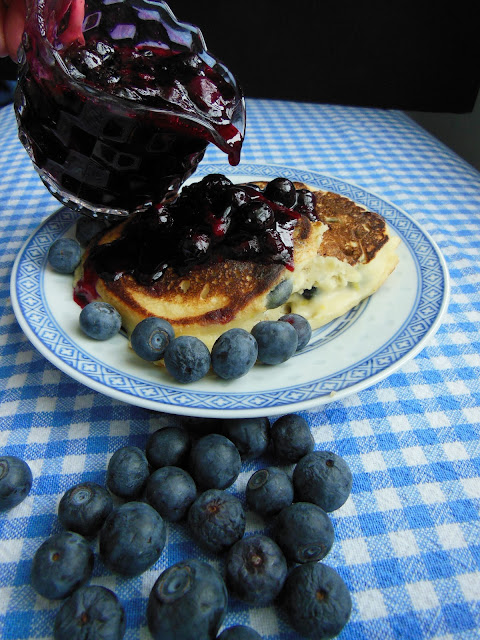 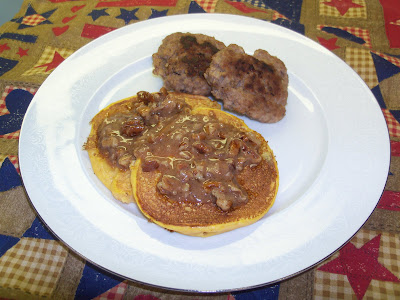 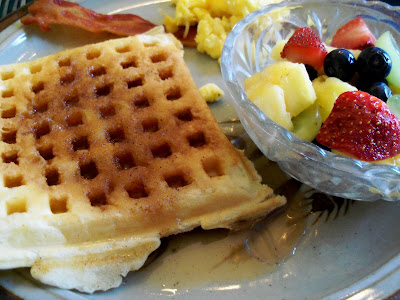 ***
I'm linked to Wichita blogger Ashley's Wake Up Wednesdays feature. Click on the link for loads of other tried and tested recipes.
Posted by Kim at 6:55 AM