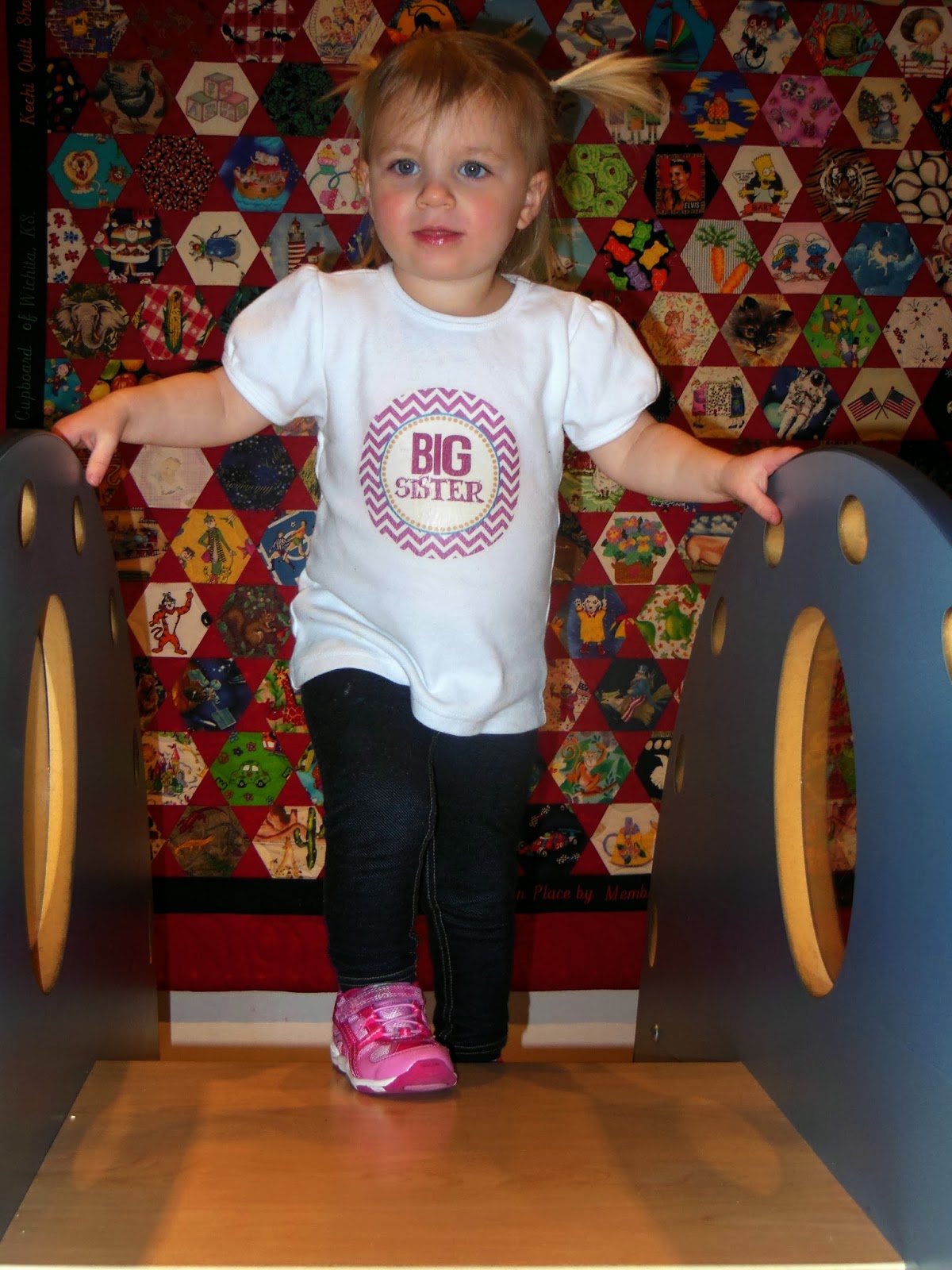 Kinley is taking a step up to a new job. She's going to be a Big Sister. 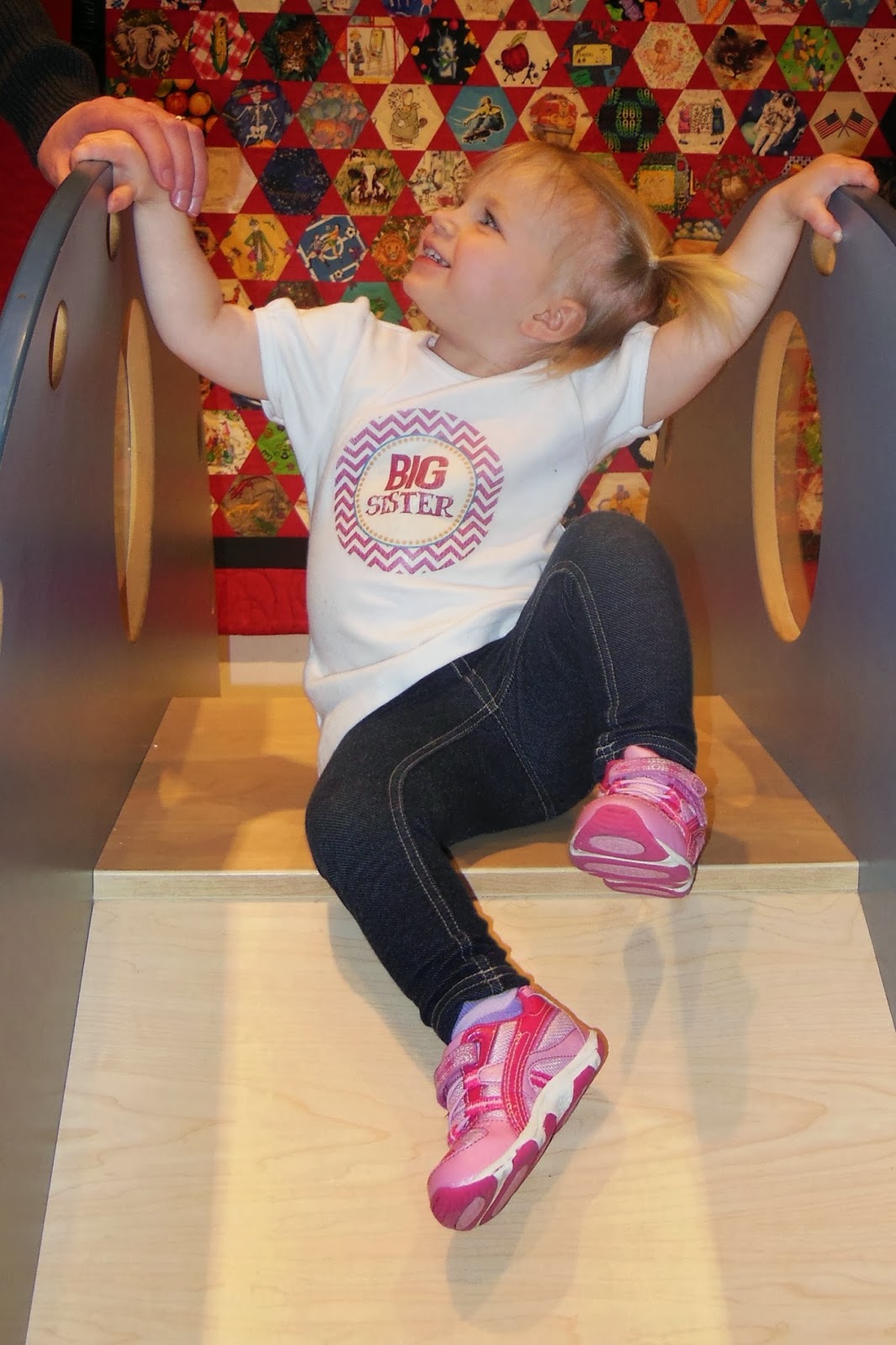 She's smiling about it now. We'll see if she's still smiling on or about September 3 when the new baby arrives.

I say she has no idea how it's going to change her world. Being a Big Sister is sometimes a slippery slope. 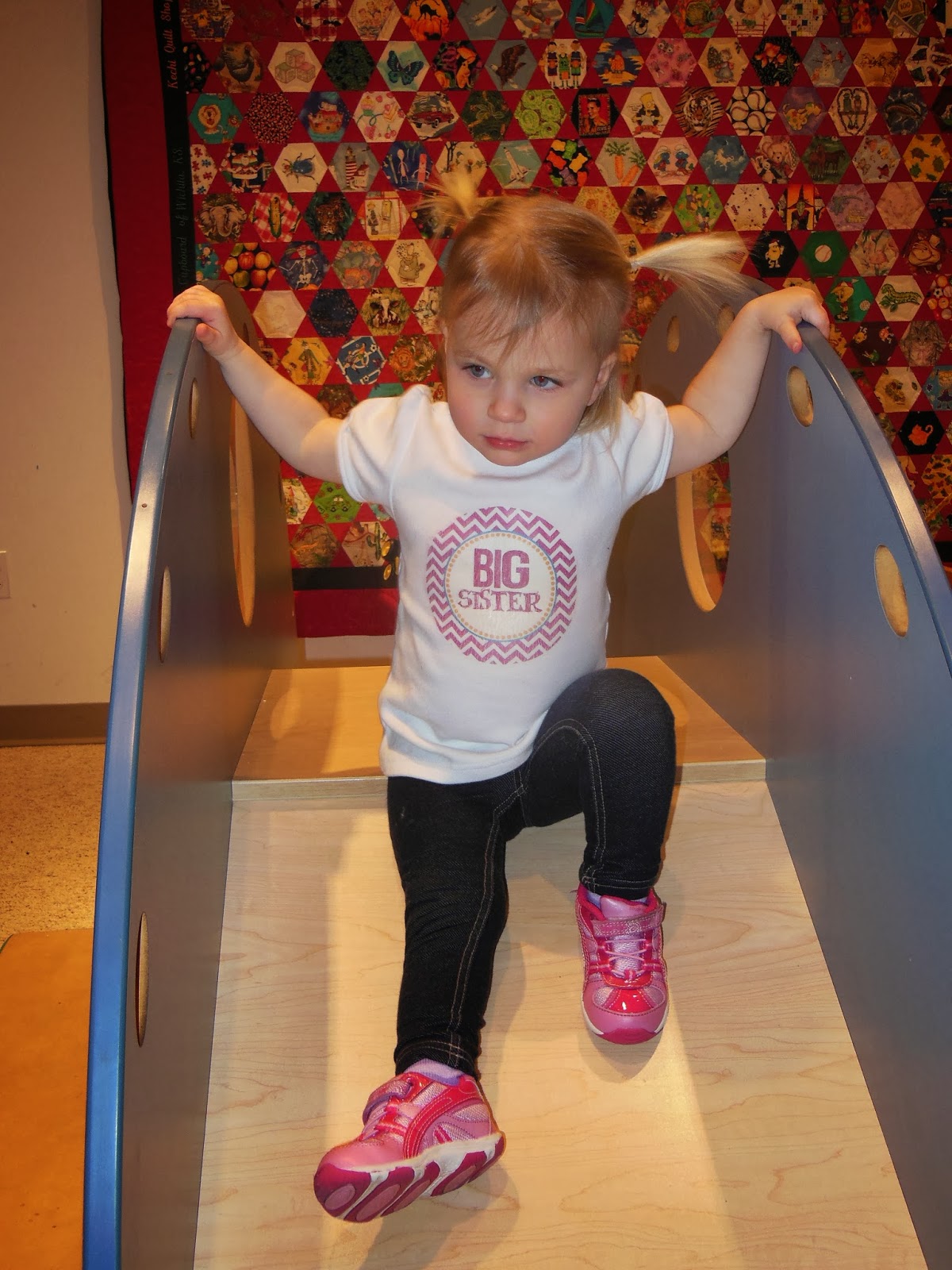 But, as the oldest sister myself, I can give plenty of advice. (Let's not ask my two younger sisters and my little brother about my worthiness to give pointers, OK?)

Randy and I found out a few weeks ago when we met Jill, Eric and Kinley in Wichita. At the restaurant, Jill casually took off Kinley's coat and revealed her new T-shirt. But the shirt went back in the drawer, and we were told to keep quiet about the news.

Keeping secrets is hard. When one of my friends revealed that the due date for her son and his wife was September 3, I could hardly wait to tell her.

Secret mission accomplished (though the temptations have been many)!

And it's not the only big news in our family. Brent is moving back to Manhattan. Since he graduated from K-State in December 2010, he's lived in South Carolina to get his master's degree at the University of South Carolina. Then, he took a job with Morehead State University in Morehead, Kentucky.

It's given us plenty of travel destinations. But we are so excited to have him move back "home" to Manhattan. Beginning March 17, he will be the Communications Coordinator for the College of Business Administration at Kansas State University. 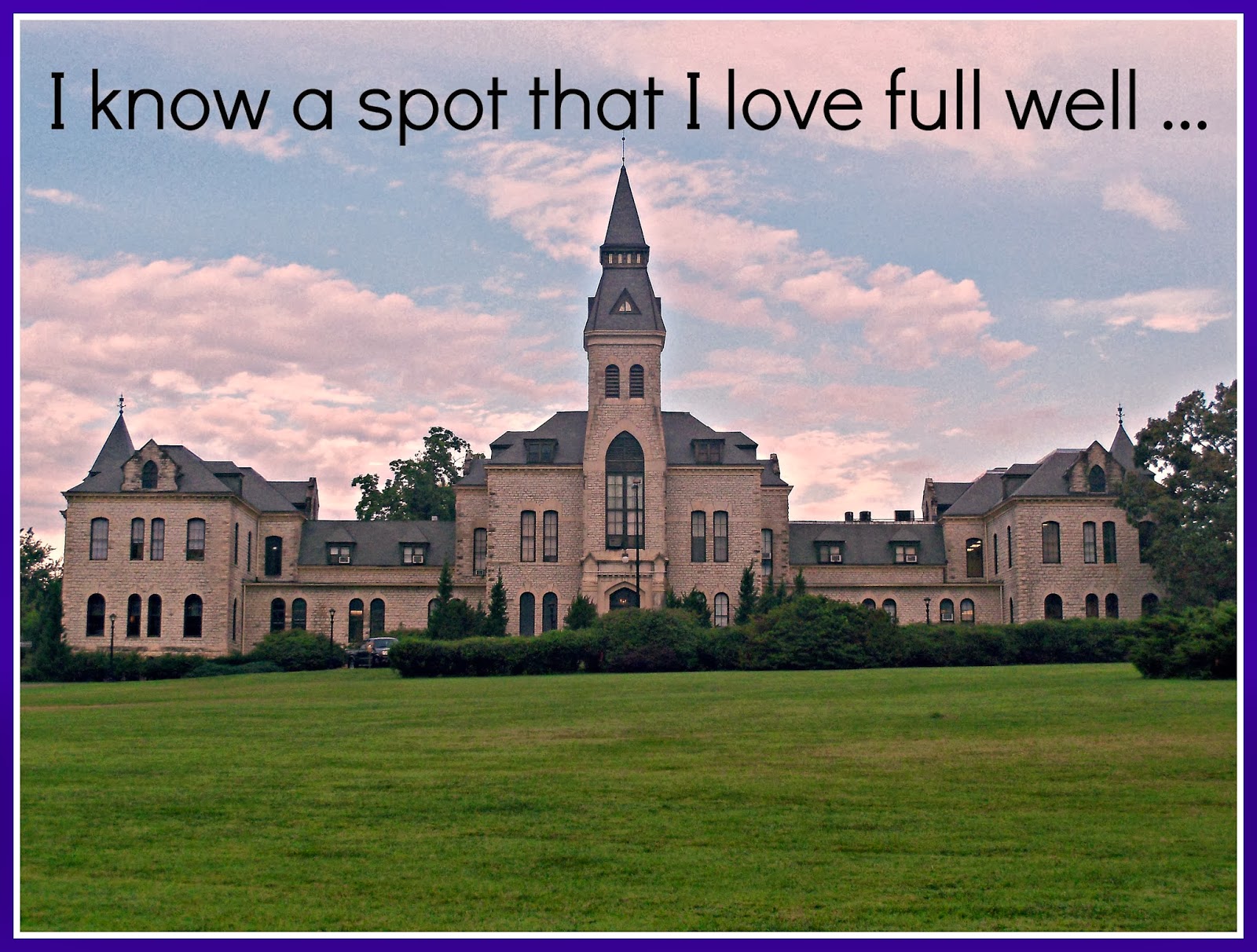 Last weekend, Randy and I got to tag along as Brent did his own version of the HGTV show, House Hunters. It was deja vu sitting in Bramlage Coliseum with Brent and cheering on the 'Cats. 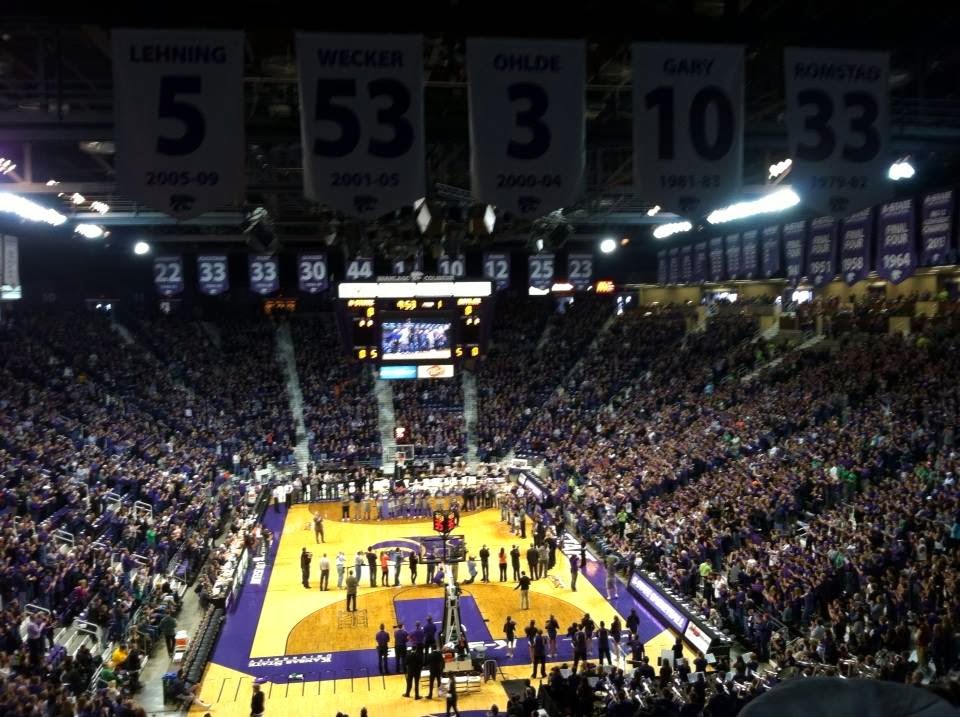 He's still looking for a house, but it's pretty exciting for Randy and me that he'll be only 3 hours away and not 15. And he'll only be 45 minutes away from Jill's family. Maybe they'll have another babysitter to add to the list. Well, we'll see about that.

I'm just glad to share my secrets, especially both of these!
Posted by Kim at 8:10 AM