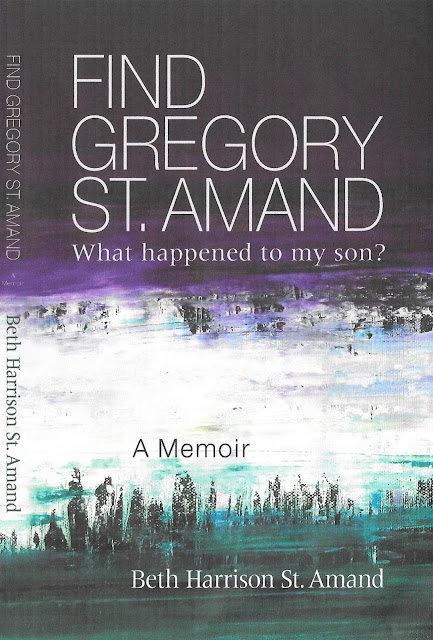 Beth Harrison St. Amand never expected to write a book about death by suicide. As a registered nurse for 25 years, she had walked with patients through death and health crises, some suicidal in nature.  But Find Gregory St. Amand is a story no mother wants to tell. Still, it is a memoir she believes she needed to write after her 20-year-old son, Greg, died by suicide.

Though the book’s goal is suicide prevention and help for other families, Beth found a way to bring Greg to “life” for readers through using his artwork for chapter dividers and by sharing stories and photos from his friends. Adding those personal glimpses of Greg offers a far greater impact to readers than a laundry list of suicide statistics and resources. 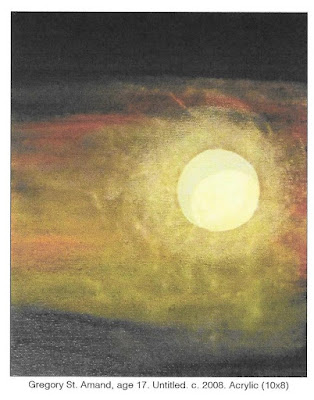 The book’s name comes from the Facebook group the St. Amands formed when they were searching for Greg. Later, after Greg’s body was discovered, the Facebook group became a place where Beth and Greg’s friends shared love and encouragement. Those stories provided a touchstone for his family and friends as they worked through their grief and offered a way for readers to "get to know" Greg.

“Personal need may have initiated my writing, but it was the desire to warn other parents about suicide’s silent risks that motivated me to finish,” St. Amand writes in the book.  “One suicide survivor’s book may not challenge the misinformation circulating about suicide, but if enough of us share our stories, we may indeed help increase awareness, transform prejudices and dispel the secrecy and shame that obstruct so many from diagnosis and treatment.”

Society places a stigma on suicide. Mothers whose children are diagnosed with cancer or Type I diabetes find people lining up to support them. And yet, St. Amand contends that the mental processes that drove Greg to suicide were driven by a biological malfunction, much like an aggressive cancer or unmanaged diabetes. Suicide is the third leading cause of death in people aged 15 to 24 in the United States.

“I share Greg’s story to help put suicide on parents’ radars,” St. Amand writes. “I share it to help change the misconceptions and prejudices that keep our loved ones silent. But if this book does one thing, I hope it inspires comfortable, nonjudgmental conversation about emotional pain and suicide PRIOR to crisis. ‘If it can happen to the St. Amands, it can happen to any of us,’ said a community member. She is absolutely right. Greg could be any parent’s child.”

Much as she’d like to change it, Greg is a suicide statistic. She can’t change that reality. Nor can her husband, Paul, or their other two children, Allie and Daniel. But she hopes the book will keep other families. 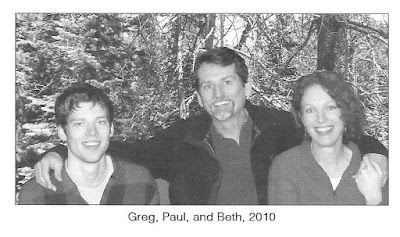 Hindsight is 20/20. As the St. Amands looked back after Greg’s body was found, they could see a few warning signs. But many youth navigate similar setbacks without ending their lives with suicide.

“It was not Greg’s death that rocked my world so harshly. It was his unspoken pain and suicide. How could I not see what was happening to him? Where were my professional instincts? Where was my mother’s intuition? Paul and I were conscientious, nurturing parents to Greg, and he was smart, capable person. I counted on these things to carry him successfully into adulthood.”

In the book, St. Amand talks about her crisis of faith after Greg’s death, working through anger at God and at herself. 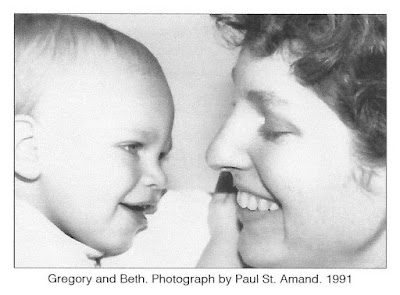 “… At first, I thought Greg died because of a series of immature personal decisions that worsened his depression, causing him to spiral down into a darkness ending in death – a rational person choosing his fate. I think differently now. Choice played a role in the decisions that led to his suicide, but choice was not the underlying problem that made him vulnerable to self-destruction in the first place. Suicidology, the scientific study of suicide and suicide prevention, is in its infancy. We have limited knowledge about the brain, thus we do not have conclusive evidence to explain why suicide occurs in some people and not in others.”

In the book, St. Amand examines some of the latest research into suicide risk factors, acknowledging that “suicide is too complex for a single study or theory to adequately explain the cause(s).” She also offers resources for parents.

“Talking about suicide can potentially save lives: Avoidance cannot,” St. Amand wrote in the book.

And that, in a nutshell, is the reason she wrote the book. It is available for Kindle and in paperback at Amazon.