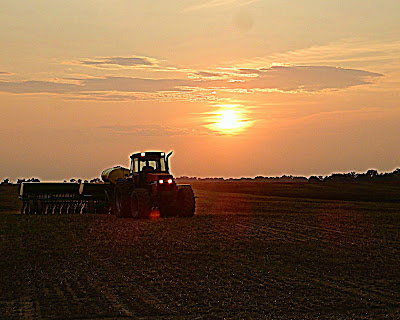 "If at first you don't succeed, try, try again."

The first written record of this proverb can be found in American educator Thomas H Palmer's Teacher's Manual published in 1840:

"Tis a lesson you should heed, try, try again"

Some sources believe that the expression dates back to Robert 1 of Scotland (Robert the Bruce), a 14th century king who, the legend says, suffered a major defeat at the hands of the English and went and hid in a cave near Gretna. While there he watched a spider trying to spin a web. Each time the spider failed, it simply started again. Robert I was so inspired that he returned to lead his troops in a series of victories against the English.

It's a proverb that we are living out on the County Line these days, too, though, thankfully, it doesn't require strapping on armor or drawing a sword.

Instead, Randy has been try, trying again to plant a new field of alfalfa. 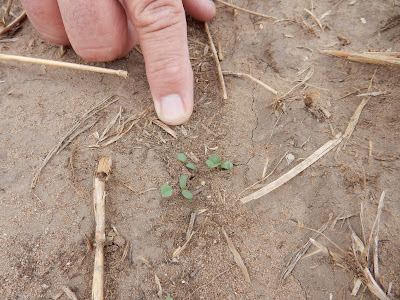 The signs of life in the newly-planted alfalfa field aren't easy to see from the road. Last Monday, we ventured out to inspect the field, which was planted August 3. 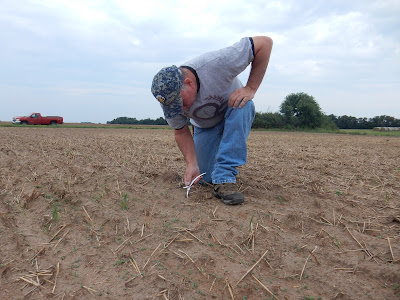 Randy used the handle of his pliers to dig into the soil, trying to find the seeds under the crusted surface. 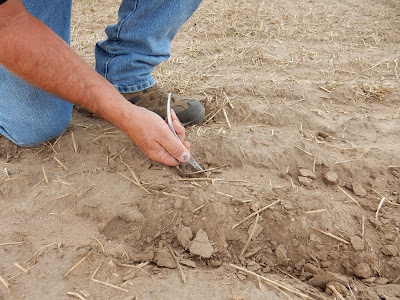 Randy had planted the 30 acres just north of an existing alfalfa field. The average alfalfa field can produce a crop for six to eight years. This is the final year for the existing field, so he wanted to get its replacement started. He got the alfalfa seed in the ground, but we then had a fairly hard rain, which crusted the surface of the newly-planted field. That makes it difficult for the tiny plants to burst through the hard earth. 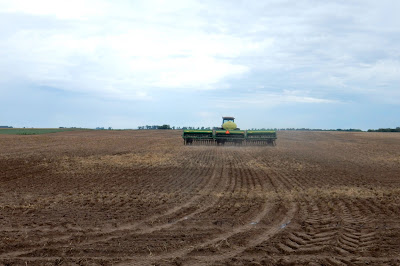 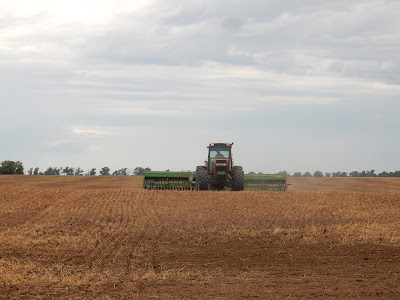 Early last Tuesday morning, we got 1 inch of rain. We'll see if that's the boost that's needed to get more of the plants up out of the ground. 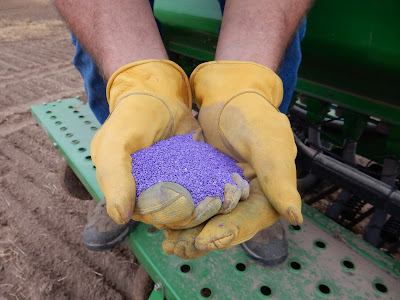 The seeds are purple because they've been treated with an insecticide, Apron. The seed has also been inoculated, which means it's been treated with bacteria to promote its own production of nitrogen. Nitrogen helps build a strong root system and plant. 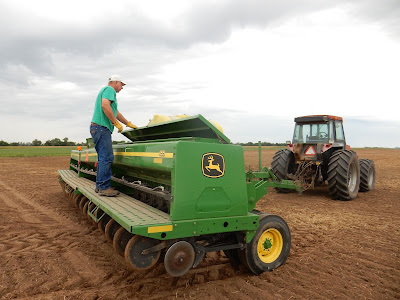 Seed costs for planting the new alfalfa field were $96 an acre, and that didn't cost planting costs and fertilizer. However, the cost will go up now that Randy has decided to do some interseeding to get the new field off to a good start. With having to interseed, the cost goes up to $118 an acre, just for seed. (The seed company offers a reduced price for seed needed for replanting.) 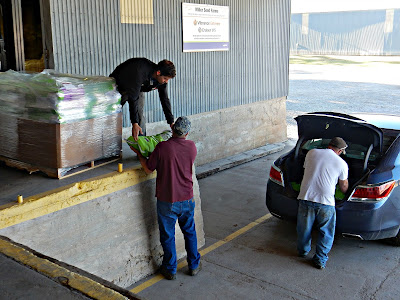 On one of our trips to Miller Seed Farms last week, we picked up five more bags of seed. The car trunk was dragging! 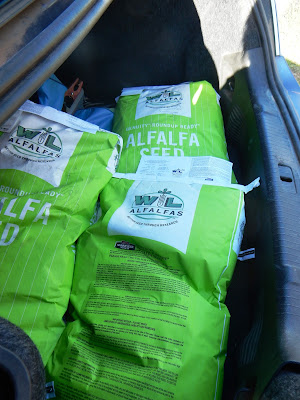 Friday evening, Randy interseeded the new seed, going across the field at a slight diagonal to try and lay the seed between the already planted alfalfa. 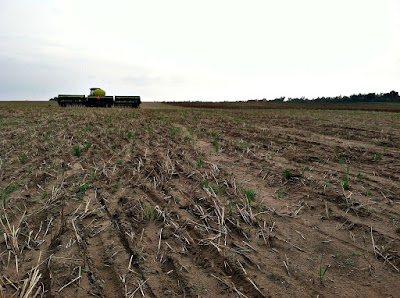 That way, he hopes the plants will fill in and give us a better stand. 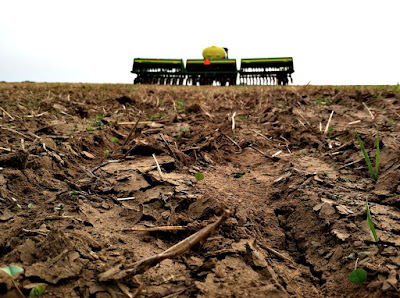 Most of the green you see in the photo is volunteer wheat, rather than the alfalfa he'd planted earlier. The smaller plants are tiny alfalfa plants.


Last week, the guys were swathing, baling and picking up the third cutting of the 2015 alfalfa crop. That task continues this week. 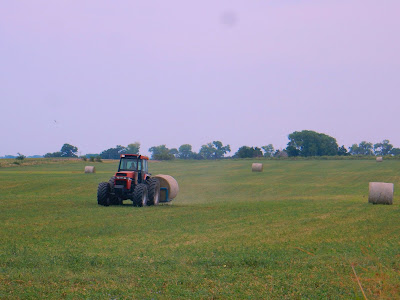