Planting a Seed of Appreciation


Sometimes, customer service is as simple as a bright purple clipboard.

Let's face it: I'm not cashing a paycheck every two weeks from my job as "office manager" on the County Line. So when Dolores, the office manager at Miller Seed Farms, chased me down and gave me a purple clipboard, I felt like I had just gotten a prize.

Randy had taken photos with his phone of our struggling alfalfa crop so he could get a replant rate on the seed cost. But I was the one that got them texted to owner LaVerne Miller's phone. Randy made a comment about being glad he brought his office manager and communications specialist to run the technology. And I joked that I hoped Dolores got paid more than I did for her office management duties. 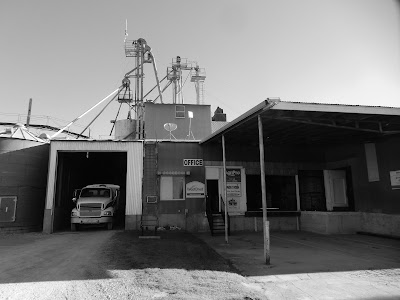 We all laughed. But, after we left the office, Dolores brought me that purple clipboard while we were waiting on the guys to load the alfalfa seed. I wouldn't have liked a dozen roses any better.  Don't get me wrong:  My farmer definitely makes me feel valued (and I know I'm fortunate because of that. Not every farm wife feels that way). But it was still nice to have someone else acknowledge my contribution to the cause. 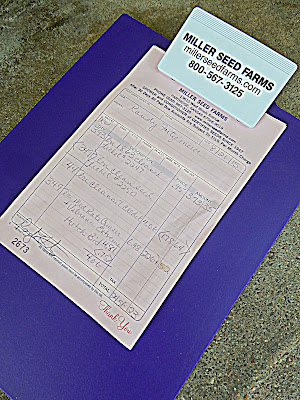 It's not like we see the folks at Miller Seed Farms all that often, though they always make us feel like old friends. They are part of our annual pilgrimage toward wheat planting. We take the wheat we stored in on-farm bins during harvest time to get cleaned and treated before wheat planting starts in September. 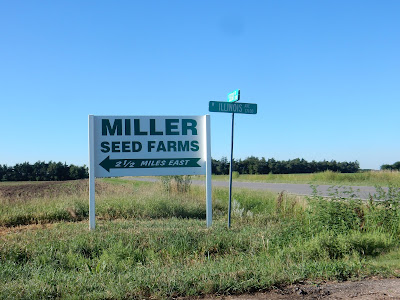 Farmers may store their own wheat and plant it for their next crop, but only for their own use. 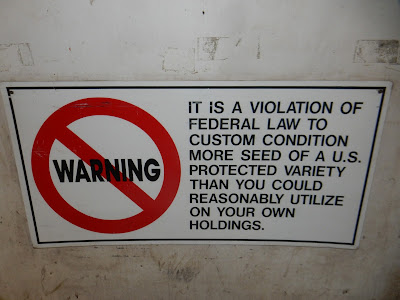 This year, Randy saved two varieties at harvest time, 1863 (a K-State Wheat Alliance release) and Cedar (a WestBred wheat variety). He and Jake loaded the saved wheat from our bins into our trucks. I went to Miller Seed Farms to pick them up so they could get some other work done while Miller's cleaned and treated the seed. 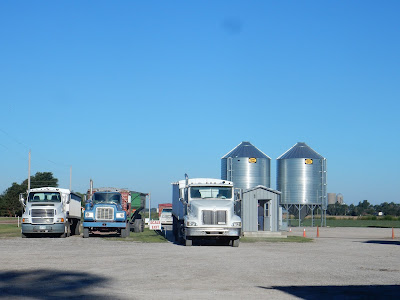 Just like at the local elevator, the first stop is the scales. Test weight on the Cedar was 59.6 bushels per acre as it came across the scales. 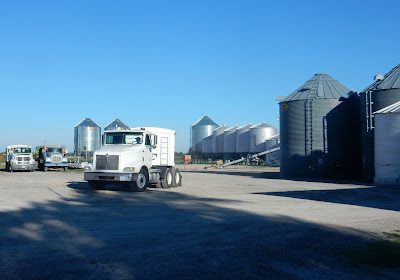 After it was cleaned, it raised the test weight to 61.2 pounds per bushel since they clean out any foreign matter and smaller or broken kernels. 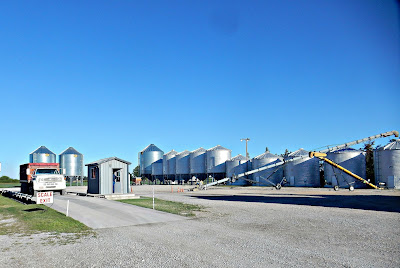 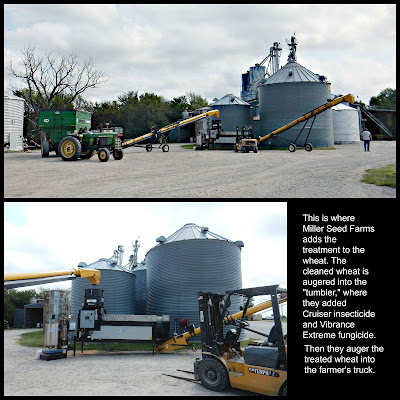 We also have our wheat treated with an insecticide - Cruiser - and a fungicide - Vibrance Extreme. This is an extra expense, but we believe it will get the 2016 wheat crop off to a good start. Detractors worry about the amount of chemicals that go into the mix. However, only 0.48 ounce per bushel of Cruiser is used, while 1.68 ounce per bushel of the Vibrance product is used. Think about a little bottle of eye drops (usually about 0.5 ounces). Adding slightly more than 2 ounces to a whole bushel of grain is really not much!

The clipboard wasn't the only customer appreciation freebie. Alongside the jars of wheat, customers can help themselves to a Lifesaver candy or a snack mix. 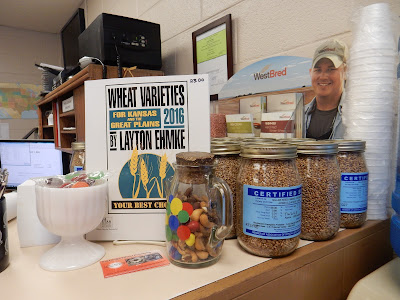 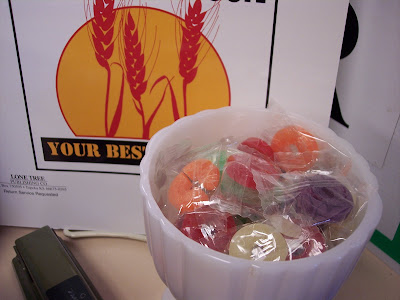 We've reserved KanMark (a K-State release) and WB 4458 (a WestBred variety) to plant for seed wheat this year. We'll go back to our friends at Miller Seed Farms at planting time to pick it up. Maybe I'll take my clipboard to keep track of the paperwork! 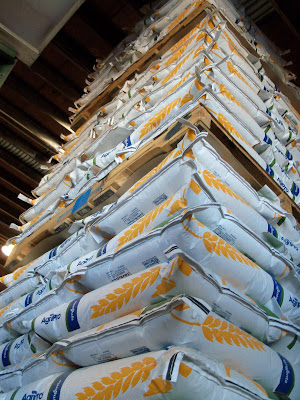 Next up:  The cleaned and treated wheat goes back in the on-farm bins until we're ready to begin wheat planting in late September/early October.
Posted by Kim at 7:43 AM