Back in the Bin 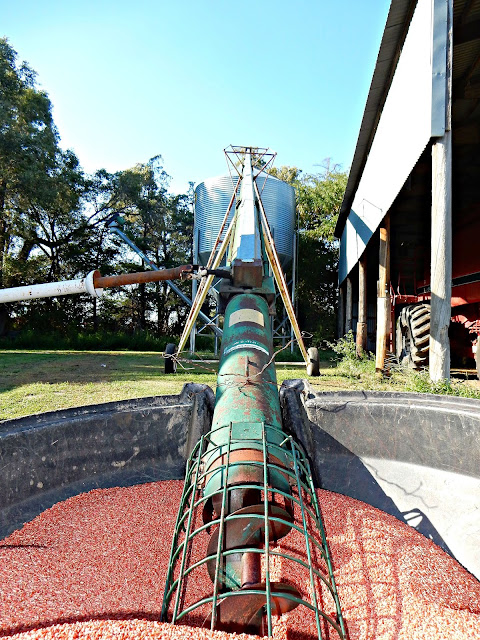 In 1,352 blog posts, I've never written about binning seed wheat. How did that happen? At harvest time, I guess I've been too busy serving as chief go-fer and making and transporting meals to go down to the bins and take photos. Since 2010, there have been five other opportunities to chronicle our seed wheat's journey from on-farm storage bin to Miller Seed Farm for cleaning and back home again to the bins. 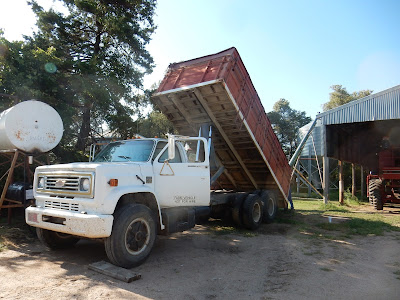 But somehow in those millions of words and thousands of photos, I've missed recording it for posterity. Until now.

Farmers may store their own wheat and plant it for their next crop, but only for their own use. During harvest this summer, Randy saved two varieties: 1863 (a K-State Wheat Alliance release) and Cedar (a WestBred wheat variety). Each year, Randy has specific fields from which we harvest the seed wheat. Usually, he plants that wheat fairly close to the farm headquarters, where we have the capacity to store 2,100 bushels in on-farm storage in two different bins.

After the wheat came back from Miller Seed Farms, the guys hoisted the truck bed up and opened a hatch in the center of the truck bed, just raising it enough to let a slow, steady stream fall into the rubber trough. 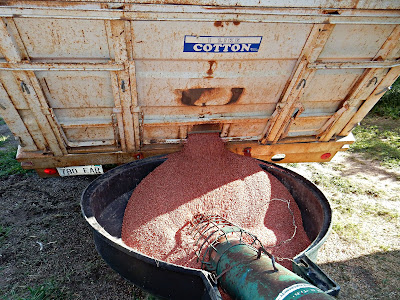 An aside: Every time I see the back end of our old white truck, I have to smile at the irony of the "I Like Cotton" bumper sticker. The closest we've gotten to cotton production around here is through wearing jeans. But the bumper sticker came attached when we purchased the truck several years ago. So there it stays. 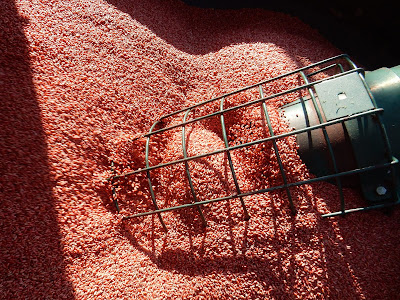 The wheat is that color because it's been treated with Cruiser insecticide and Vibrance Extreme fungicide. 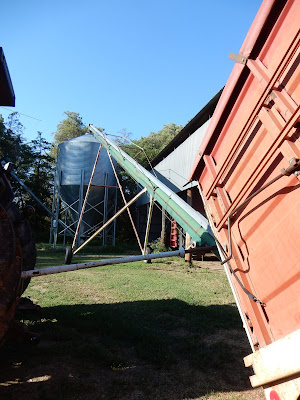 I should have stepped back a little ways to show that the tractor was running the PTO that makes the auger run. (If you use your imagination, you can see a tiny portion of the tractor in the shadow on the lefthand side of the photo above.) The white rod was attached to the tractor and then to the auger, where it provided power for making the auger run. 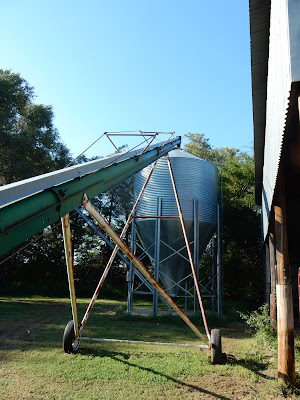 The auger is used to transport the wheat back into the storage bin, where it will stay until we're ready to plant wheat in late September and early October.

Because Miller Seed Farms gets so busy closer to planting time, we schedule our wheat cleaning early. That way, it's ready to go when we are.
Wheat planting is probably about a month away. 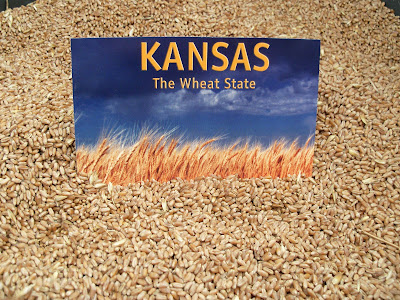 And then, we'll again begin the 9-month journey toward harvest. 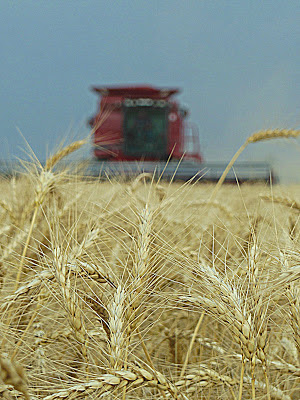