Head in the Sand

I haven't heard any reports of animal escapees at the Henry Doorly Zoo in Omaha lately. The same cannot be said about the animals on the County Line. We are having a heck of a time keeping cows, heifers and bulls where they are supposed to be this spring.

Randy is fresh out of ideas. He and Jake have fixed fence - more than once. He knows the pastures aren't nearly as lush and productive as last year. We could definitely use a rain to get them green and growing. But there is plenty there to eat. The cattle don't need to be exploring their take-out options.

I realize my idea is not the most cost effective solution. Randy is hoping, however, that he will not have to resort to again "catering" the cow's meals like the zookeepers bringing hay to the ostriches at the Omaha zoo. Randy & Jake thought their stint as the bovine equivalent to pizza delivery guys was over for the season. 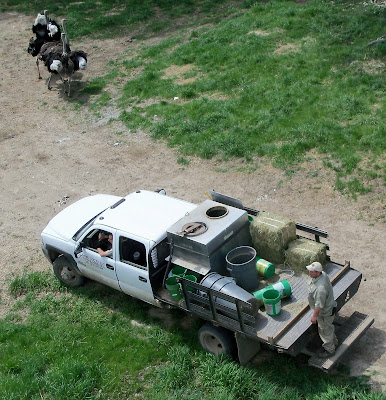 From our perch on the zoo's Skyfari, it certainly looked like their livestock was ready to belly-up to the hay bar. 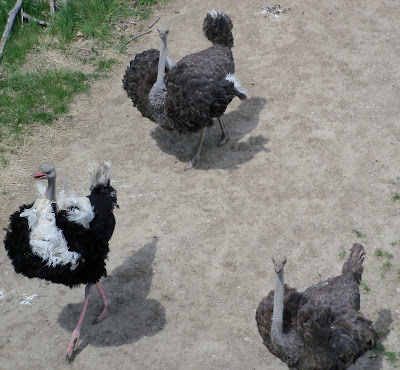 It doesn't look like the ostriches have the option of foraging for their own grub in their dirt-packed enclosure. But the cows are another story. Didn't their mothers teach them they need to grow up and fend for themselves?

I guess it could be worse. We could be trying to keep these guys in - though I don't think they moved once in the time we went up and back on the Skyfari. 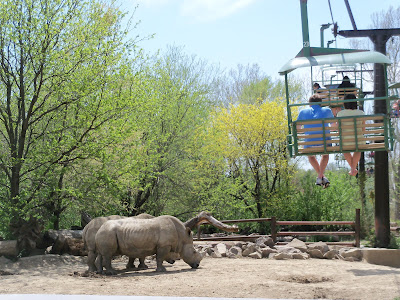 They might take out a fence or two if they decided to visit the neighbors.
Posted by Kim at 6:45 AM