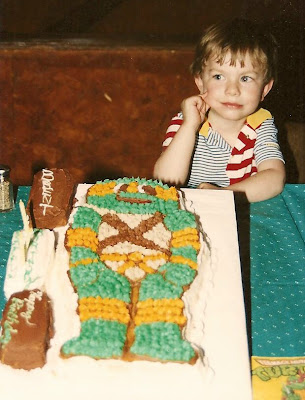 I'm feeling a bit guilty today. My boy is turning 23, and I didn't even send him a box of treats. And I'm not sure when or if I'll get to talk with him today.

Before anyone goes and reports me as the Worst Mother of the Year, it's not like I forgot his special day. I've already texted him this morning. (Who would have predicted that form of communication back in 1988? Not me!)

Believe me, I haven't forgotten what I was doing on a Tuesday morning 23 years ago. 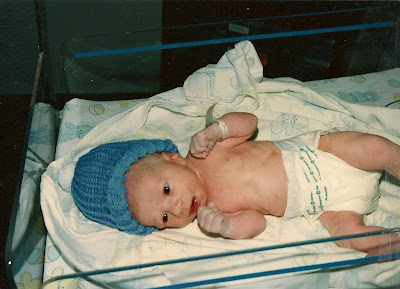 It's certainly not the first time that we've spent his birthday apart. For the past four years, I've mailed him a batch of Scotcheroos with sprinkles on top. Brent hasn't been so thrilled that his birthday falls during finals week at college. Somehow, we missed that little conflict with our family planning. His box of birthday treats also doubled as study snacks to share with his buddies.

But this year, as a graduate student at the University of South Carolina, he got done with finals last week. Yesterday, he started an intercession class which includes a trip down the South Carolina coast. (Yes, it sounds like an intensive, arduous class, doesn't it?)

I told him I'd mail him a box of Scotcheroos to share on the bus. But he said I didn't need to do it. Now I'm wishing I had anyway.

Brent will be back in Kansas next week to attend a friend's wedding and to spend a few days at home before his summer classes begin. He said we'd just celebrate his birthday then.

And I know he's not a little boy anymore. But I still wish I'd sent those treats. 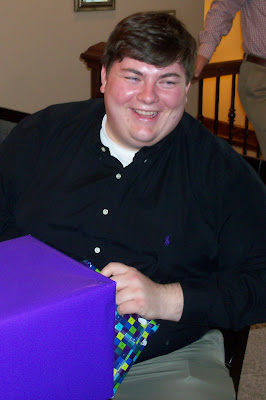 So Happy Birthday to my fun-loving son! No matter how many miles separate us, you're still my little boy.

And if you want to celebrate Brent's birthday for him, eat a Scotcheroo in his honor. He's not a big fan of cake.

Mix sugar and corn syrup together and bring to a boil in microwave or on top of stove. Add peanut butter and stir in well. Add cereal; mix well. Put mixture into a buttered 9- by 13-inch pan.

Melt the chocolate and butterscotch chips together in the microwave, stirring frequently to prevent burning. When melted, spread over cereal bars. If desired, cover with candy sprinkles while the chocolate mixture is still wet. Cool and cut into bars.
Posted by Kim at 7:30 AM